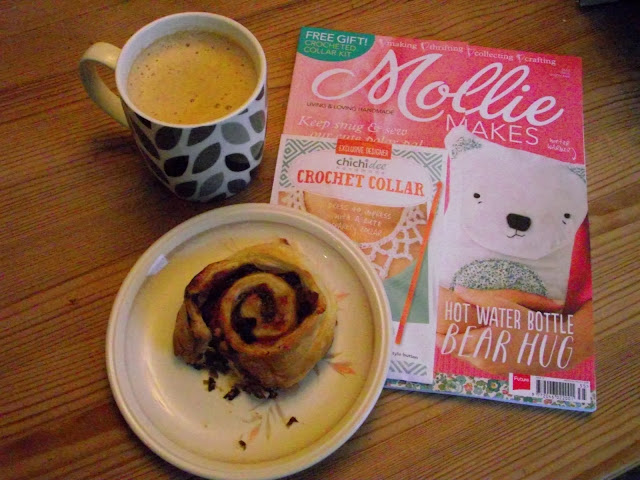 Good afternoon to you my lovelies! I have had a very busy day today, starting the Christmas baking and buying the last of the presents. You catch me in a quick coffee break- frothy latte and a sneaky taster of today's produce- flicking through the latest issue of Mollie Makes. Can you believe we are on issue 35 already? 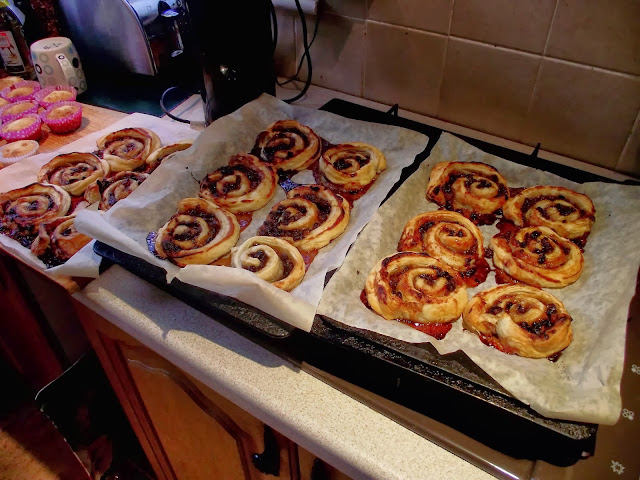 Today's baking consists of some mincemeat rolls- really easy, just get one of those JustRoll puff pastry boxes and a big jar of mincemeat. Lay out the puff pastry and cover the whole thing with a thin layer of the mincemeat. Roll it back up and seal the edge with a swish of milk. Cut the roll into slices (about 3-4cms should do it) and lay the slices on a lined baking tray (you may have to re-shape the slices slightly). Sprinkle some brown sugar over the top and pop in the oven at 180°C (fan oven) for 20-30 minutes. Leave to cool before you attempt to take them off the baking tray. 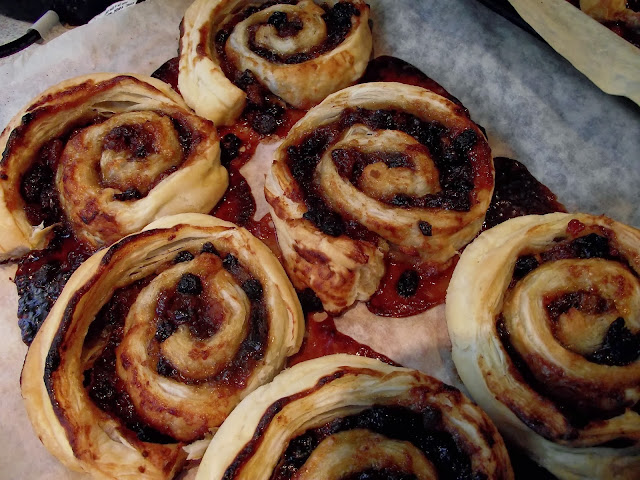 I also made chocolate cookies (most of which didn't make it into the photo, they er...had other things to do!! =D ) And these cupcakes are practice runs for an upcoming birthday party. Later on I have to practice swirling icing on top of them! 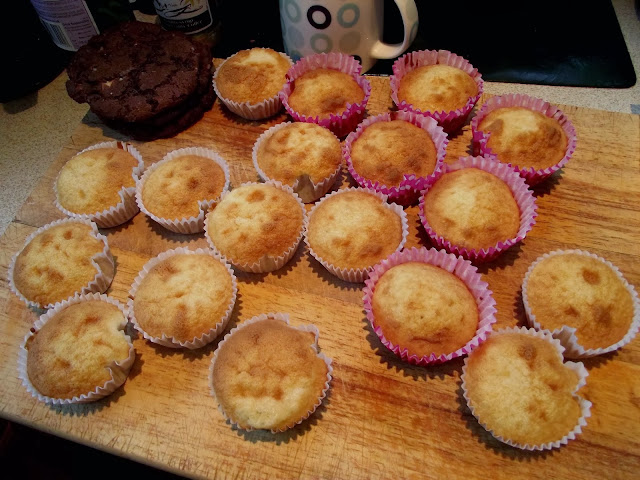 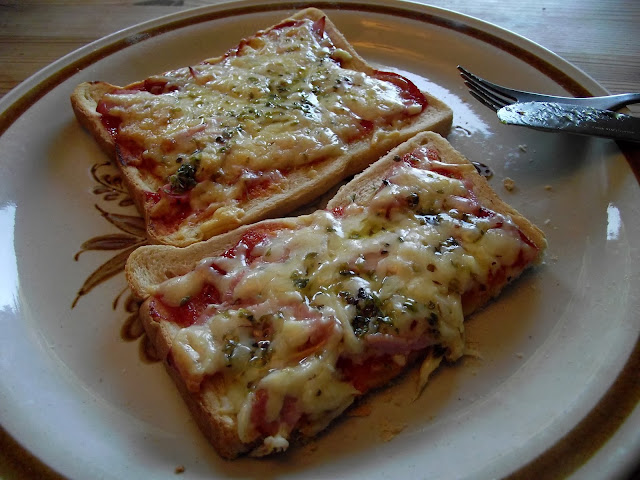 I had the most delicious lunch today!! I thought I would make use of the oven whilst it was on and made myself some pizza toasts. Do you make these? They are so simple to make, everybody loves them and they use up your leftovers!!! Baguettes work better than slices but the principle is the same (although if you are using sliced bread, you might want to pop them in the toaster for 2 minutes beforehand for an extra crunch!). Spread your bread (tee hee, that rhymes!!) with a tomato substance, whether it be tomato puree, ketchup, Dolmio sauce... whatever floats your boat, then cover in a thin layer of cheese. Top that with your filling (ham, olives, peppers, salami, mushrooms....), and cover with another thin layer of cheese. I've put some oregano on the top of mine for extra flavour. Pop in the oven for 10 minutes on a medium heat and when the cheese is melted and beautiful then it is ready to eat!! Delish! 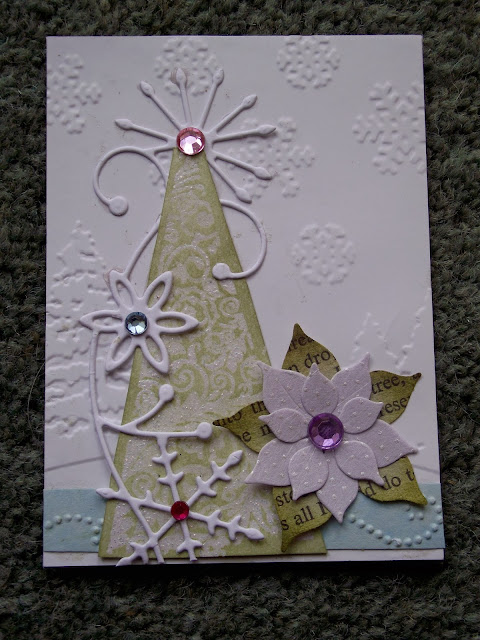 My Winter Wonderland swap arrived yesterday!!! So pretty! I love the embossed card above, I wonder if she made it herself or bought it? Must ask. 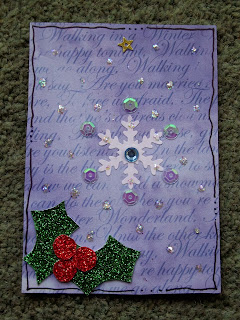 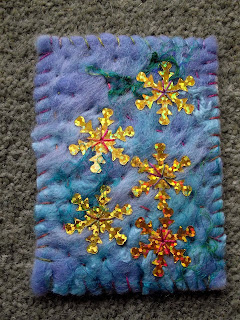