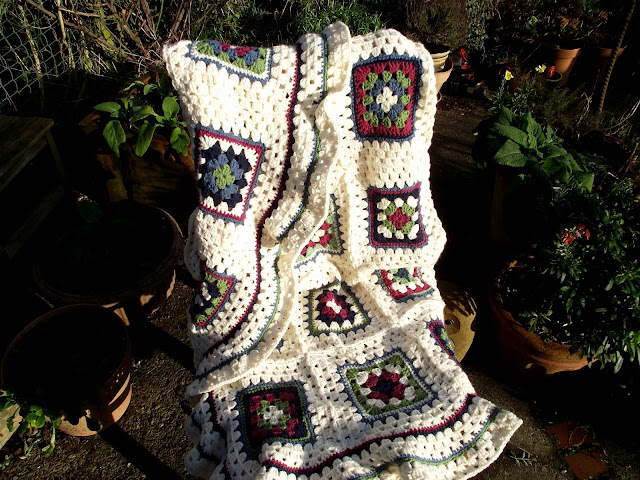 Cripes! Have I really not posted anything since the 26th January? We are already on the 6th February; this month is going very fast, unlike January which seemed to drag on and on and on. I didn't mean to take an extended leave of absence from my little online space, things just suddenly got rather hectic with Guides and meeting with friends, bad travel journeys home and loooooong work days. Hopefully everything will be better and seem more in control when we start getting sunrises in the mornings and longer evenings- most things are more of a delight in the Spring and Summer time.

Well, for those of you only popping in during the Winter Project Link Up posts, my original WPLU project has been finished!!! See the tah-daah of it here. 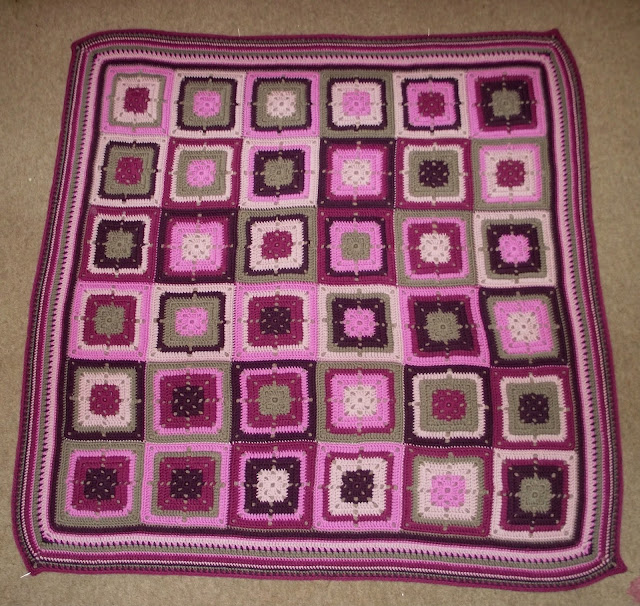 I then thought that my Criss Cross Rooster Wool blanket would be a good succession to the party, but that had been running parallel to the Sirdar Granny blanket and was finished about a week later. See the ta-daah of it here. 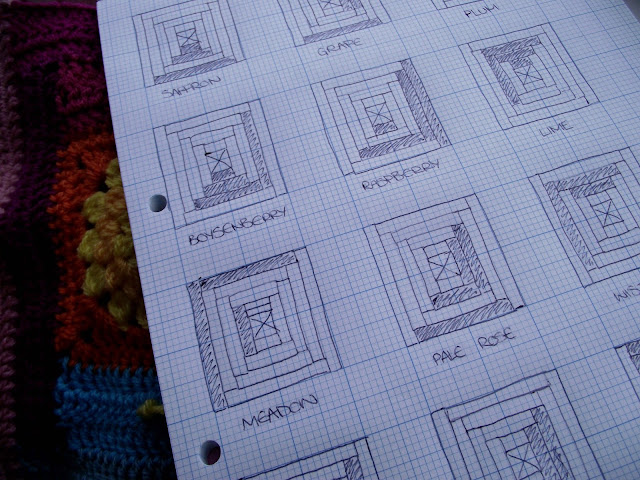 So, I had to find myself a new project, and was inspired, as mentioned in my previous post, by the Log Cabin blanket made by Attic24 as a crochet-along. 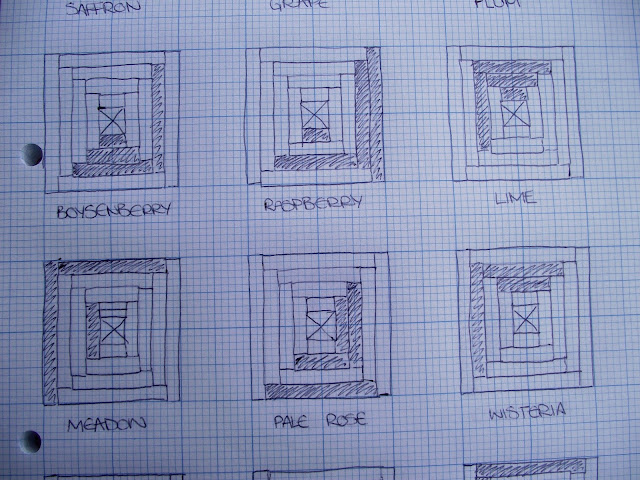 I have been thinking about mine slightly differently to hers, the colour choices are my own rather than using her pre-made pack on Wool Warehouse, but are still in DK Special Stylecraft wool as that is a personal favourite that I have been using for many years for the brilliant range of colours and soft texture. My working out of the next colour has been more random too, rather than carefully worked out on colour pegs before starting the next square. We shall see how my way turns out, I have already made a mistake in it which is really frustrating but hopefully when all finished, not too obvious. My way of choosing is loosely based around pulling out whatever colour comes from the hot or cold pile, but checking against my chart to see how many times it has been used in a position. If it has been used too many times, I throw it back in the bag and pull out a second one. When used, the row gets crossed off. 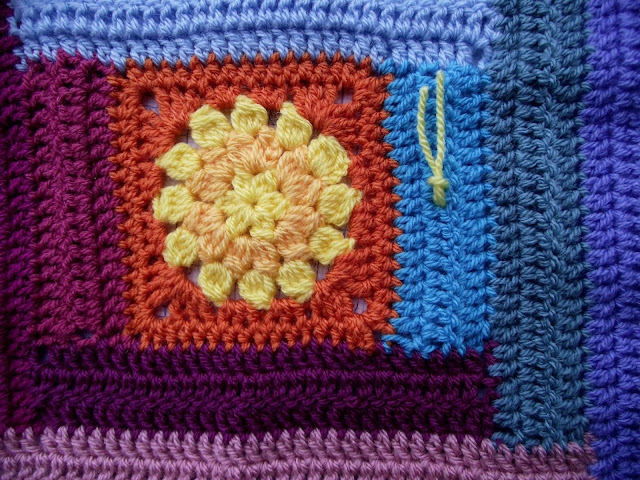 I am loving these colours, the occasional clash of a pink against orange, muted by the purples and cool greens and blues surrounding it. And it is such good fun too!!! The smaller rows work up in a matter of seconds, but then eventually you have to get down to the nitty gritty of the longer rows which take slightly longer. The squares feel chunky and warm whilst they grow and I can't wait to see it all put together and to snuggle down into it. 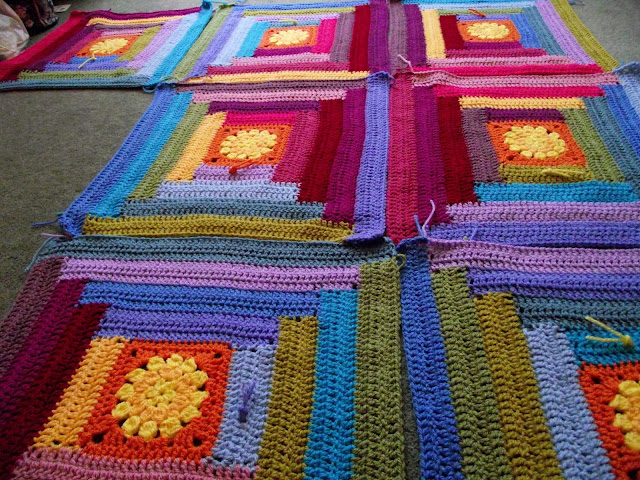 I have experimented with putting the squares together. Do you see my colour error yet? I accidentally used the yellow as a cool colour rather than the warm colour it is meant to be, which meant that by the time I got to the final row I had a cool colour left to put in a hot colour stripe!!! I think I will put this square on an edge when all the squares are completed so hopefully it won't noticed too much. 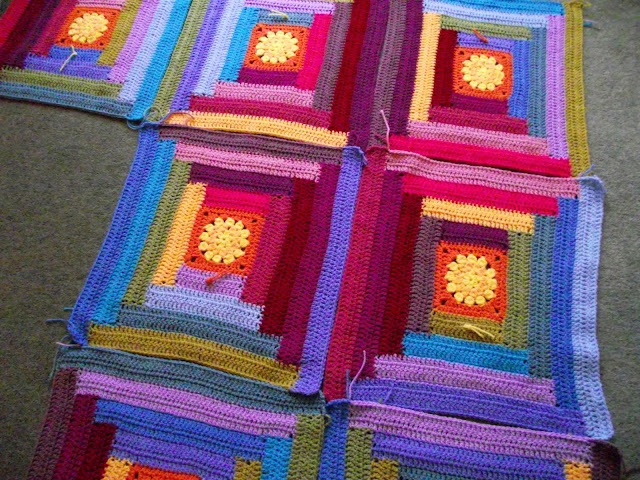 When laying out the squares, I had a sudden brain wave! So many quilting blocks use the triangle/square technique, why stick to just the log cabin? How about a pinwheel? 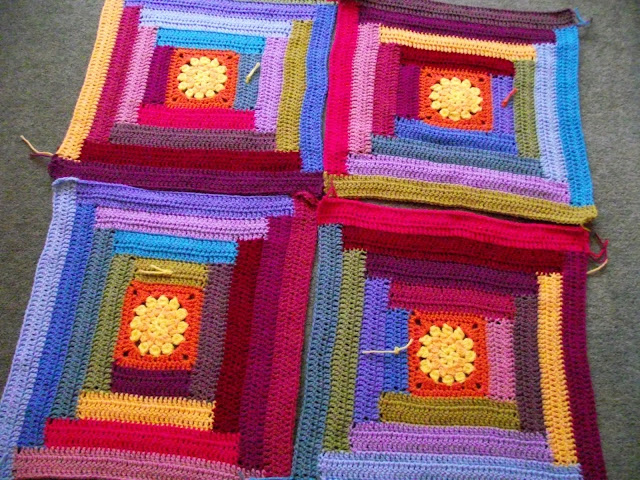 Goodness knows what other patterns you can create when you merge the crochet and quilting minds together. I shall have great fun when all my squares are completed and I can play with the positioning of each piece.

Don't forget, this post is linked with the party over on Thistle Bear's blog, hop on over to see who else has joined in! 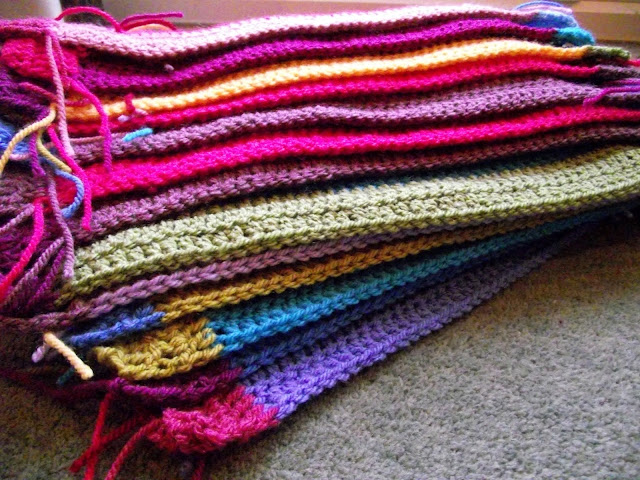