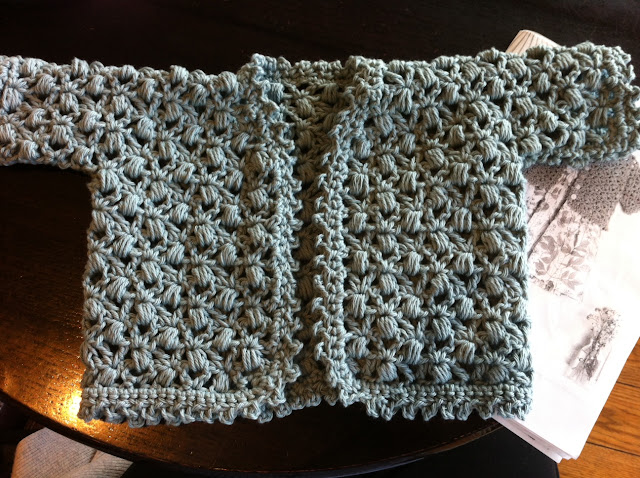 Evening all! Just popping in to share with you another little garment I was requested to make for display at work- it would appear I am currently the only person they have around who can crochet from a written pattern! I have decided that I am only going to crochet whilst on the bus or during lunch breaks which then leaves my weekends and evenings free for my Stitchscapes, and so far it seems to be working relatively well. 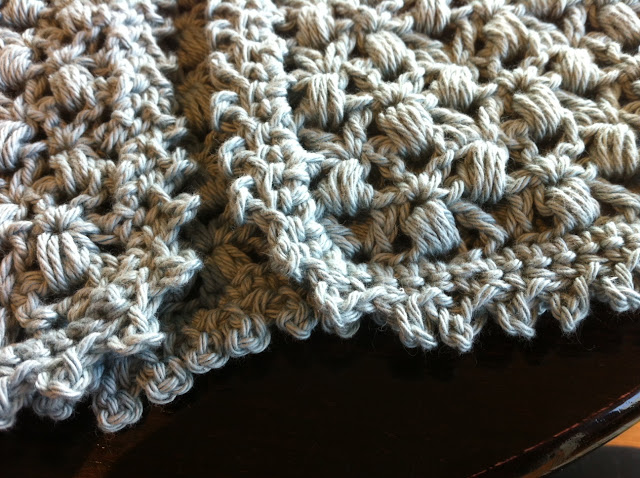 This cute little baby cardi is an Erika Knight pattern called Crumpet, and is described as a 'pretty tea-time cardigan worked in a puff stitch crochet pattern with integral sleeves and a little picot edge and five buttons to detail'. The yarn is Gossypium Cotton DK, which (interesting fact alert), comes from the Hisar District in the state of Haryana, India, and is made by an eco-friendly manufacturer. There are twelve colours to choose from in the Gossypium yarn, and the one used here I think is the Iced Gem colour. 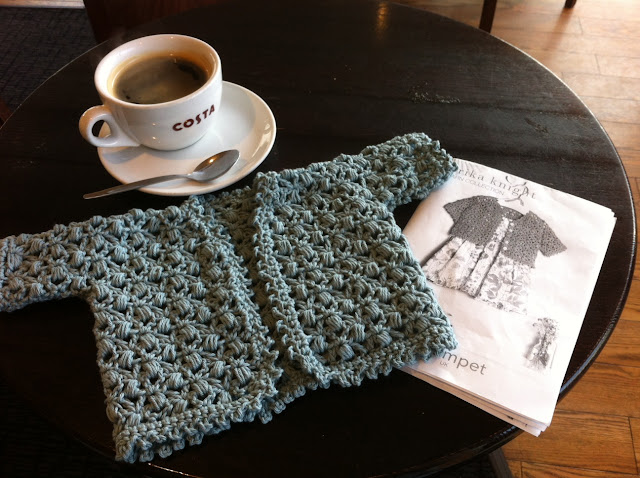 There was a mild pressure on getting this pattern right as Erika Knight herself is coming to my place of work for a book signing next week. Eeek! Hopefully she won't be examining my little creation too hard, there are probably some differences from the pattern as there was a tad of confusion for me with the sleeves- it just didn't entirely make sense with the shaping. I quite like the little picot stitches though which flow around the back, up the centre, around the neck and back down again, I enjoyed the rhythm created with this. The yarn did seem a little stiff for a baby, perhaps it could do with a wash before being worn as it doesn't drape as well as it appears to in the image although I did make the smallest size! 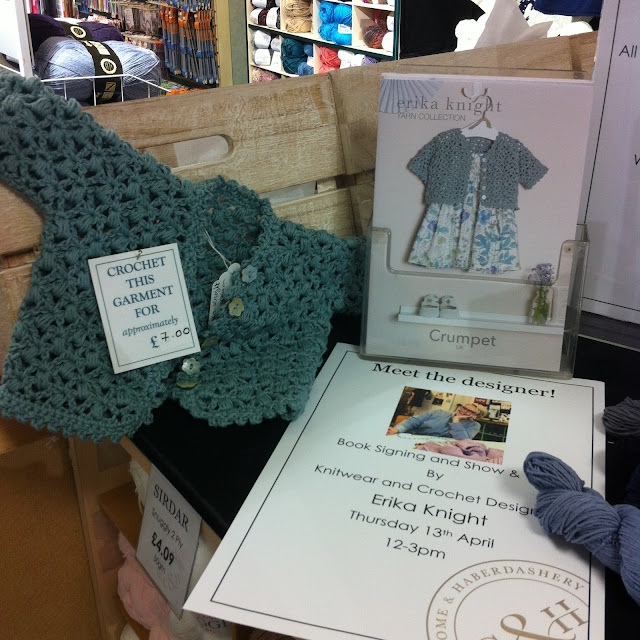