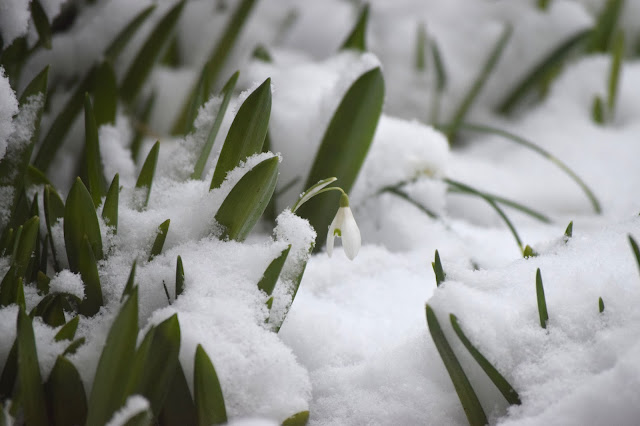 SNOW!!!!! I love snow although I know lots of people hate it. My particular favourite kind of snow is when it is thick and heavy enough that you know you can't get anywhere even if you want to. I did attempt to get to work this morning, getting up and carrying out my normal routine- even walking to the bus stop- but when the bus arrived the driver just laughed at me when I asked if he was still going to Crowborough (typically one of the worst areas during a snow storm). So I returned home again and have been watching the snow blizzard down ever since.
These photos were taken about three hours ago and the snow just keeps coming so we can no longer see the Snowdrops which are completely smothered in several more inches of snow. I went out with my ruler about two hours ago and it was 7-10cm in places then. 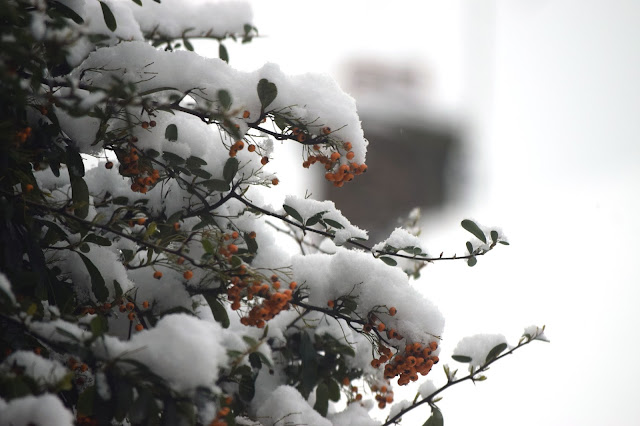 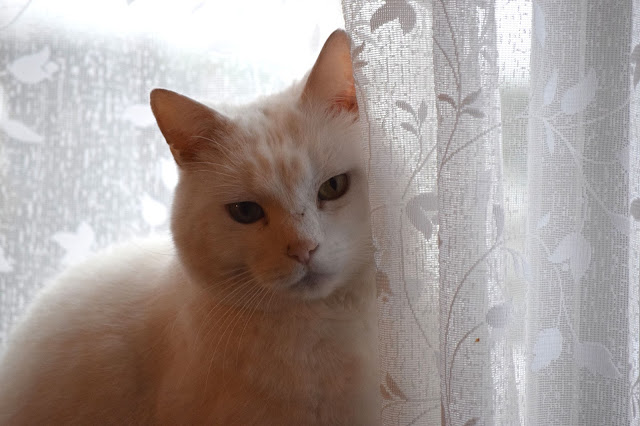 The cat loves snow. It is the only time of year that he blends in and he always pretends that he is interested in catching birds, going through the whole chatter routine when he spots one foraging in the undergrowth. He is currently alternating sitting on the windowsill on top of the radiator and going out into the snow and dashing around, throwing the snow in the air and rolling in it. So sweet. 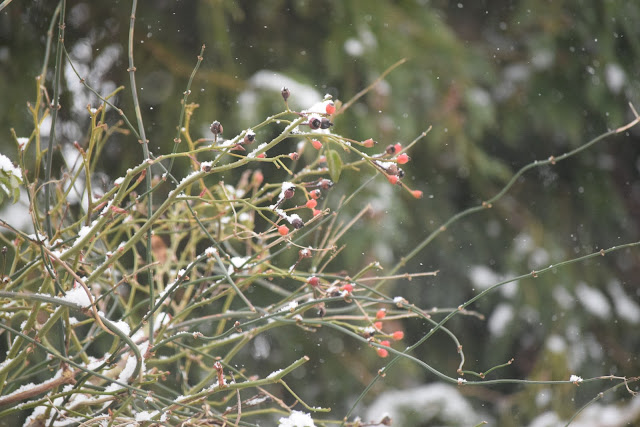 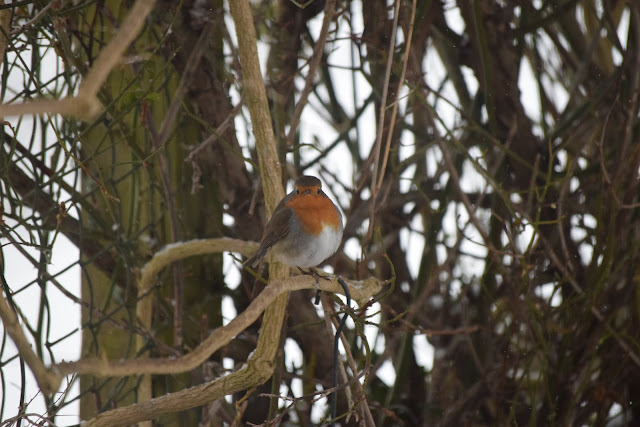 We have put out some extra food for the birds although they are having to dig for it a little bit as the pellets we put out on the ground and on the flat raised feeder get buried pretty quickly. We are very much a bird loving family and watch with glee as the garden birds visit the feeders positioned outside of our kitchen window. This morning we had Robins, Speckled Thrushes, Blackbirds, Blue Tits, Greenfinches, Wrens, Starlings, Jackdaws, Great Tits, Goldfinches, Sparrows and lots more! Lots of puffed up feathers as they sit huddled amongst the rose bushes or in the relatively safety of the fir tree. 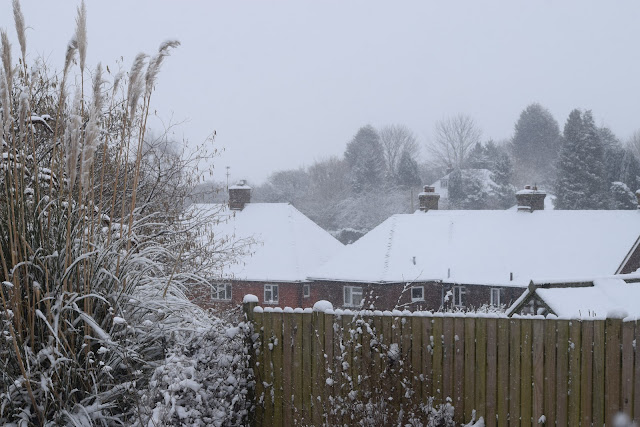 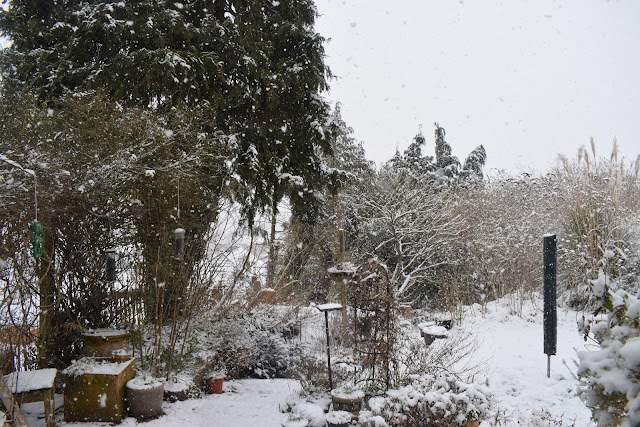 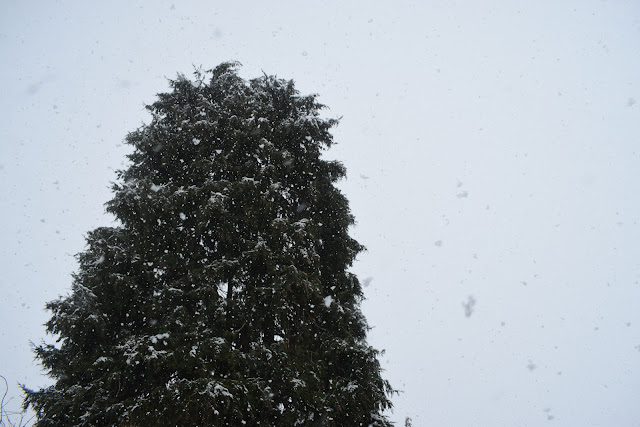 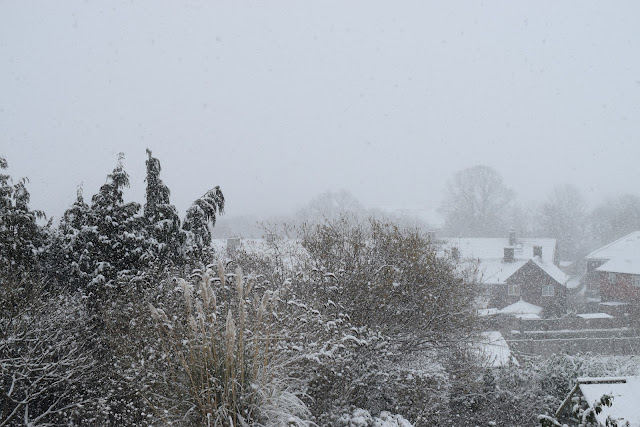 As I look out of the window now it is a total white out! The roofs of the houses opposite have blended in with the sky which looks a bit strange, and there are big fat flakes falling. The last time I can remember it snowing like this was in 2010 when I was at Art College in Brighton. We had been away for a couple of days in Amsterdam on a college trip and on the day we were due to come back we woke up to a couple of inches of snow! The coach driver was very determined and we found ourselves in a coach going 5mph on French motorways, then on the Eurostar to Dover, at which point the snow in England was even deeper and we were in traffic jams all the way back to Brighton. The Parents were snowed in and siblings stuck at friends/relatives houses so I ended up being rescued by a friend's Dad who had snow chains on his Landrover. He managed to drop me off at the main bus station at Uckfield and I had to walk home through thick snow with my suitcase. We were snowed in for about three days after that! 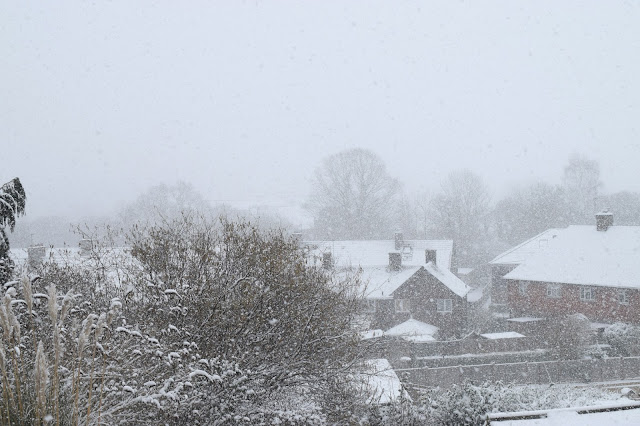 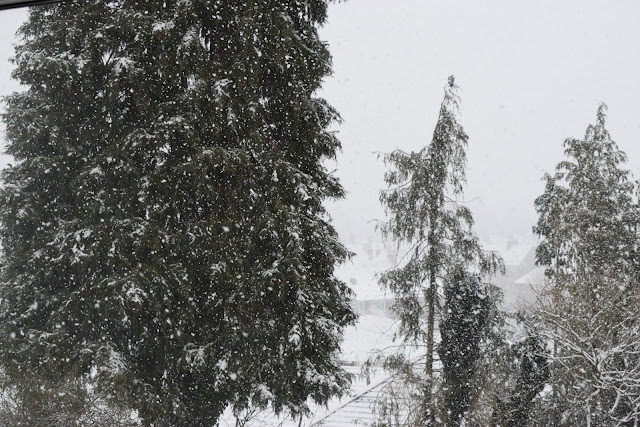 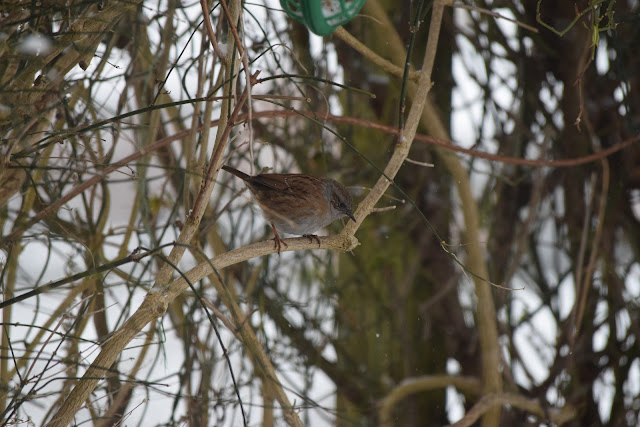 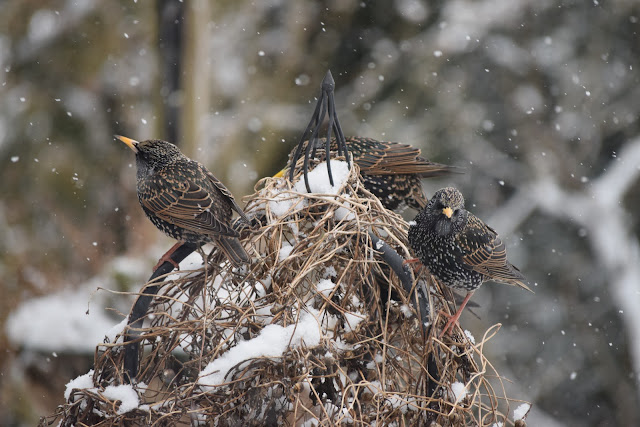 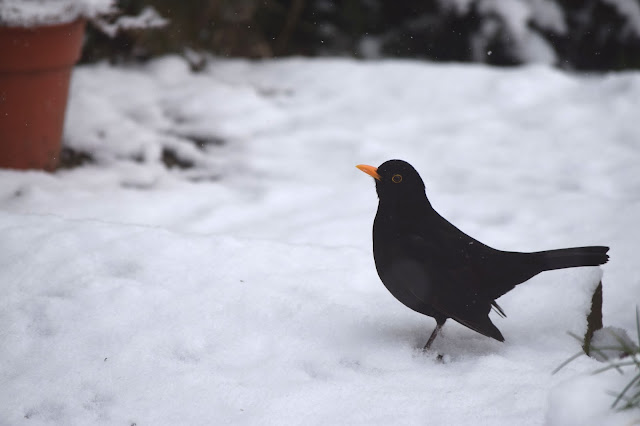 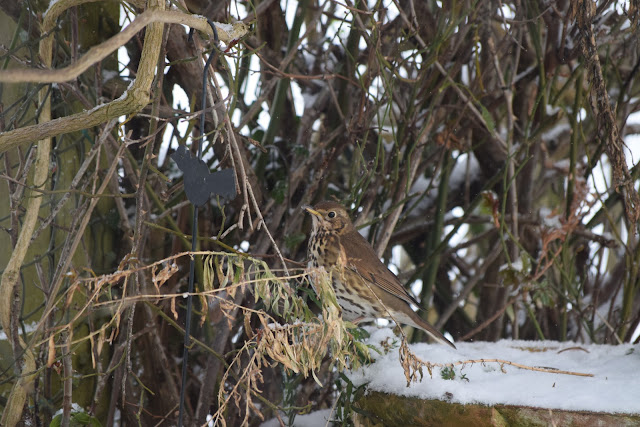 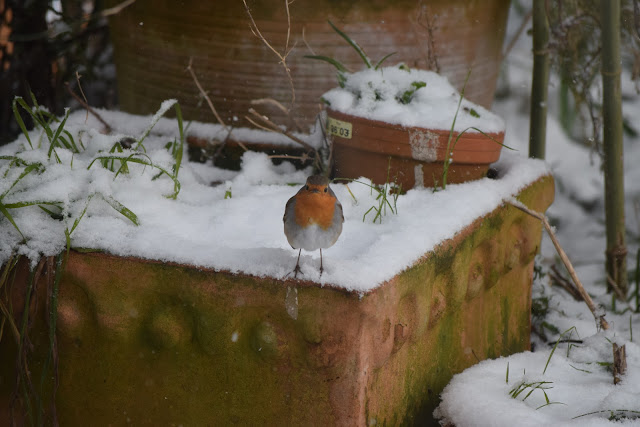 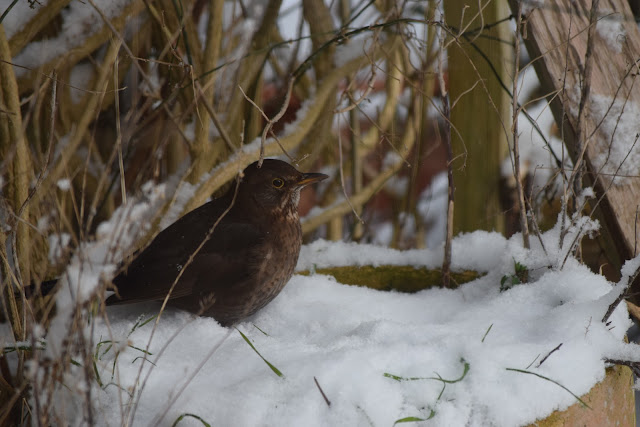 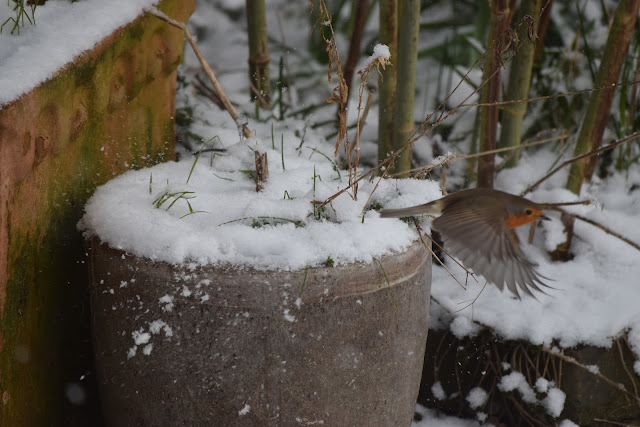 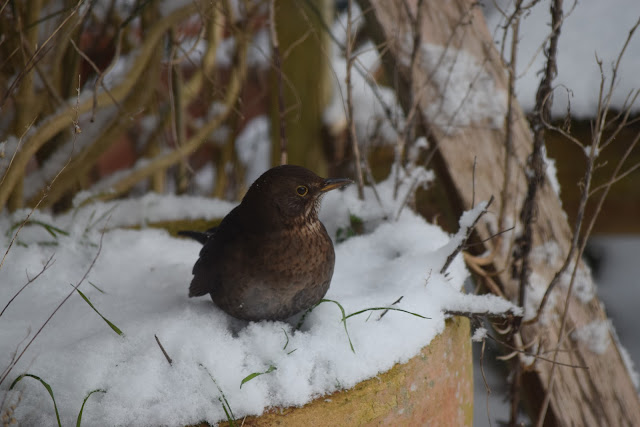 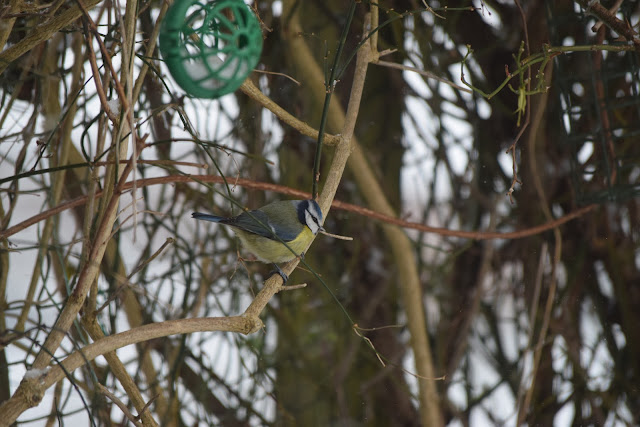 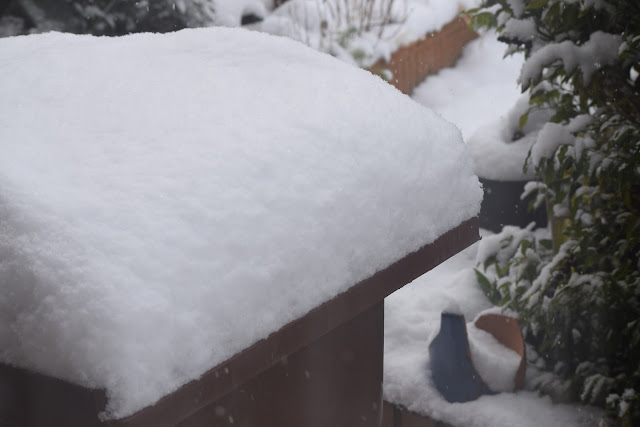 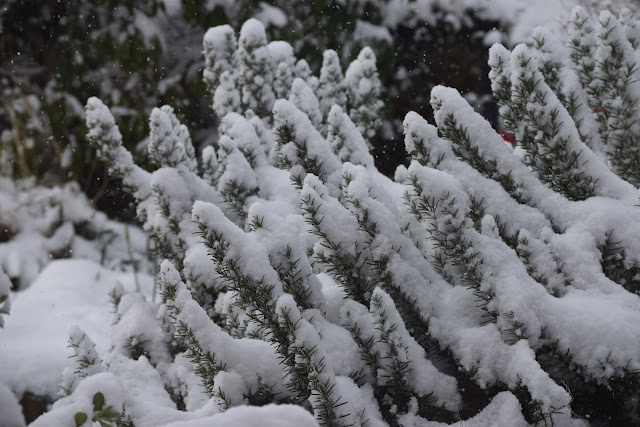 So at the end of writing this post, the snow has started to fall even harder than before and I must go and measure a wall I can see out of the window which looks to have about six inches of snow! I'll let you know. If you are in a snow zone, I hope you are keeping warm and safe- bring out the hot chocolate!!