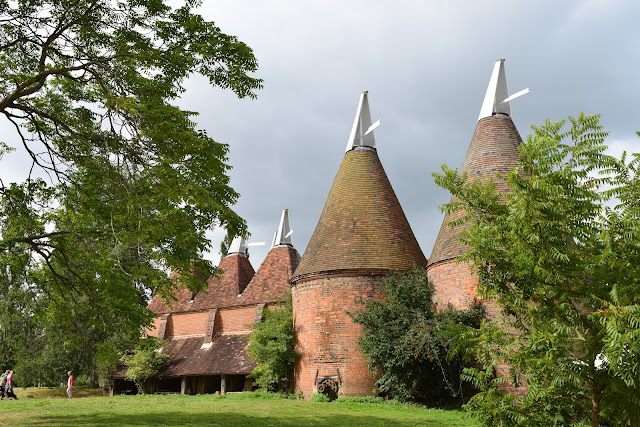 I have a huge back log of photos and posts to share with you but I'm afraid I have been rather tardy in actually pressing publish on these posts.
Waaay back in the summer I visited Sissingshurst Castle with my friend. We did a castle-crawl of three National Trust 'Castles' which are situated in a sort-of triangle near one another and I took so many photos they are going to have to be put into two separate posts.
I say 'castle' because actually only one of the properties (in the next post) we visited could really be called a castle. Sissinghurst is thought to have gained its castle name when the Tudor buildings were used as a prison for captured French sailors during the Seven Years War, between 1756 - 63, who called it 'le chateaux' and this may have been mistranslated over time by the English speakers. 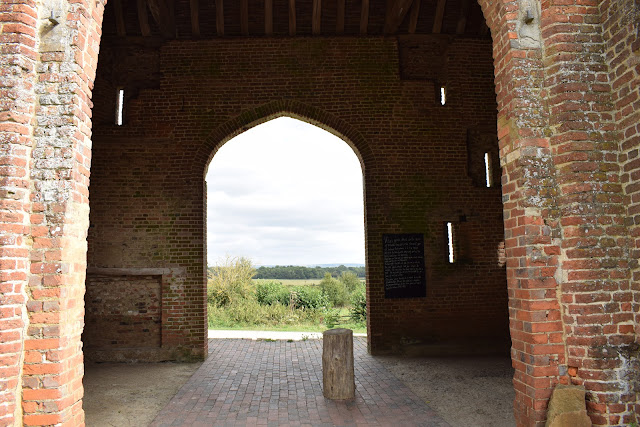 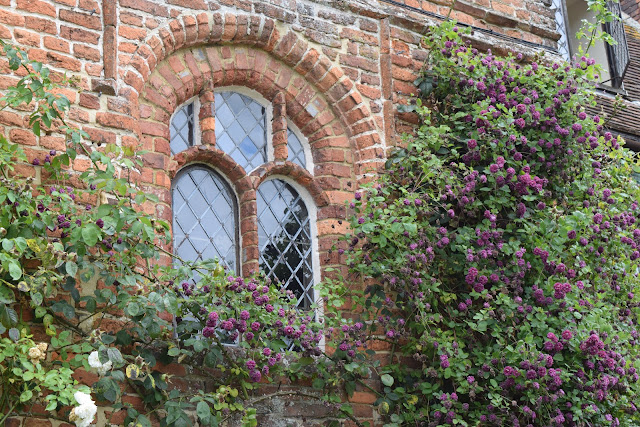 By all accounts the prison cells were rather horrible and there were around 3000 French sailors held here - a far cry from the idyllic gardens and beautiful buildings that are here today!! The version we see now is mostly thanks to Vita Sackville-West and her husband Harold Nicholson who bought the property in the early 1930s when the gardens were actually fields for vegetables and grains, orchards and hop gardens, and the buildings were being used to house farm workers. They worked hard to create the gardens, which were opened to the public in the late 1930s with an admission fee of one shilling. 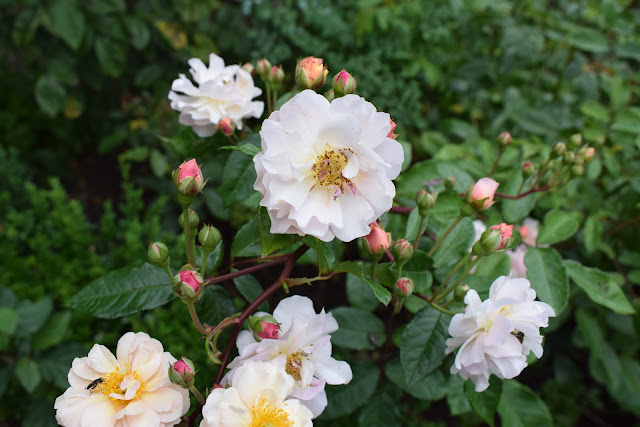 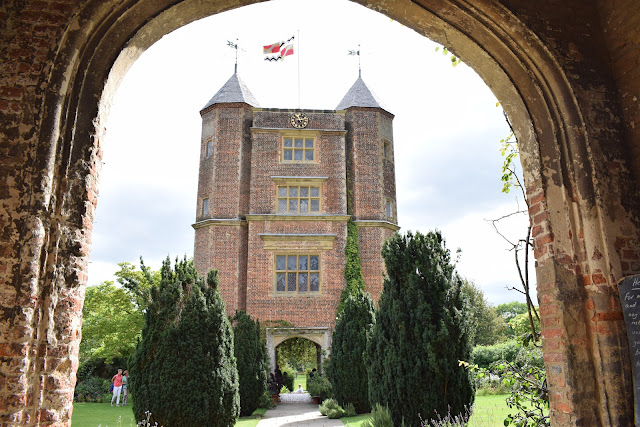 When you visit now you are still given a shilling (albeit a plastic one) at the Visitors Entrance to be handed in to volunteers at the garden gate. A fun little nod to the history of the place. 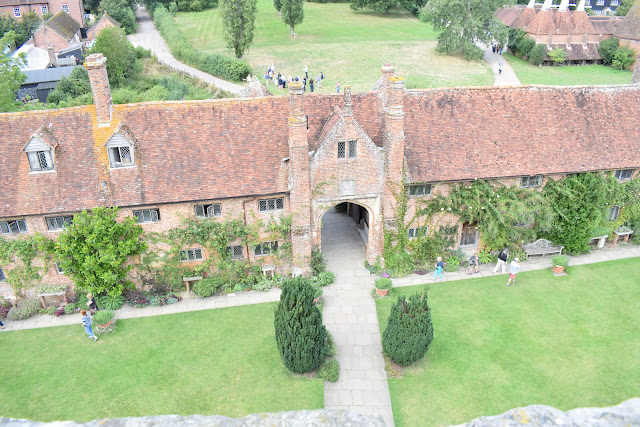 There's an amazing view from the top of the tower, which stands alone and proud in the gardens but is visible from the majority of the gardens as you wander through and enjoy the different spaces and 'rooms' that have been created; the Rose Garden, the White Garden, the South Cottage Garden, the Herb Garden, the Nuttery, the Lime Walk, the Delos Garden (under refurbishment at the moment to recreate Harold & Vita's vision of a Greek getaway), the Moat Walk, the Orchard, the Purple Border.... 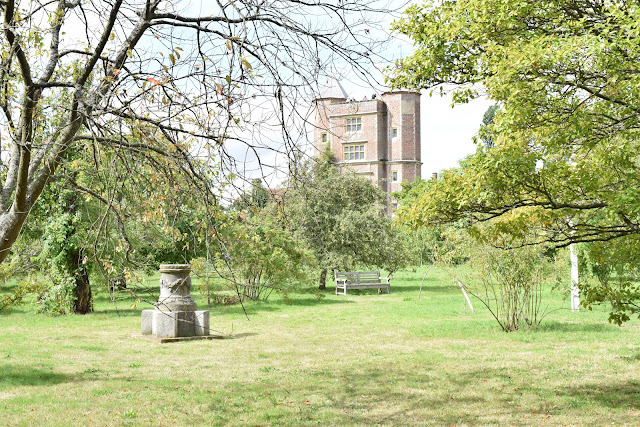 If you can get away for a couple of hours, I'm sure that these gardens change beautifully with the seasons so it's well worth a trip to 'le chateaux'. 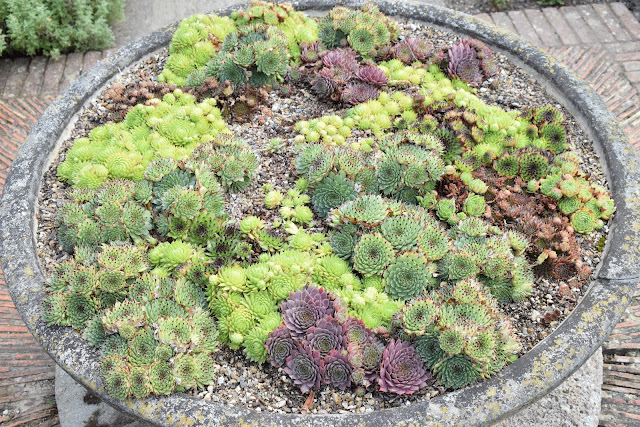 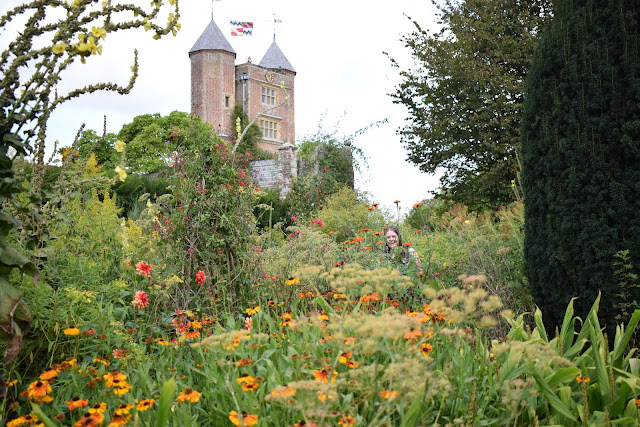 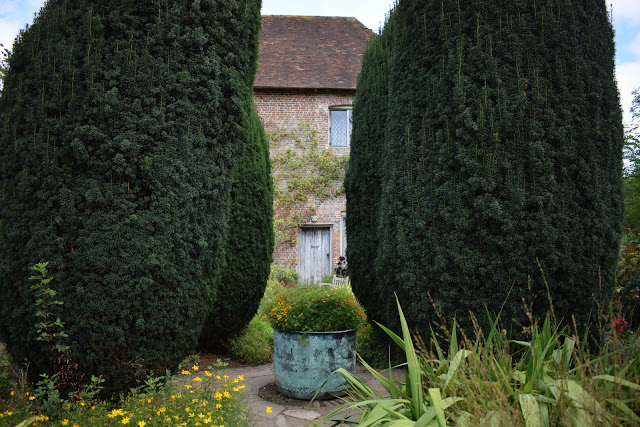 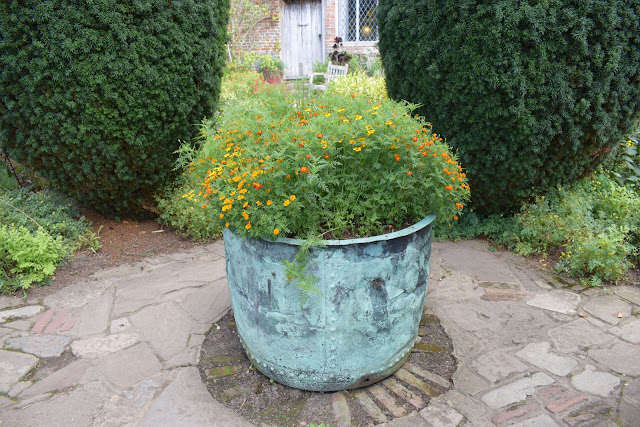 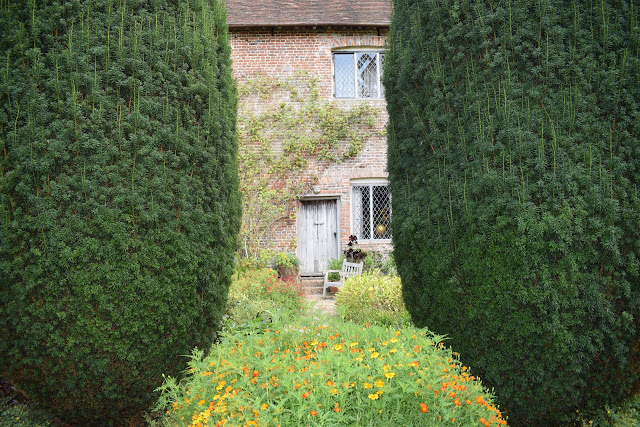 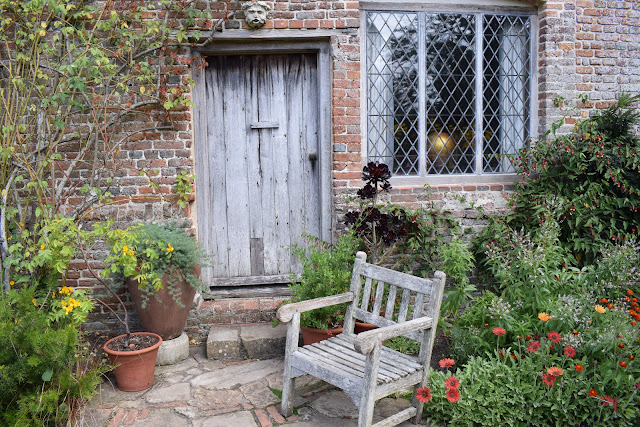 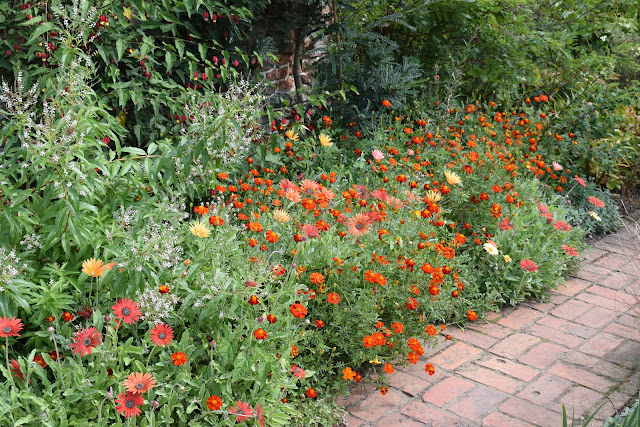 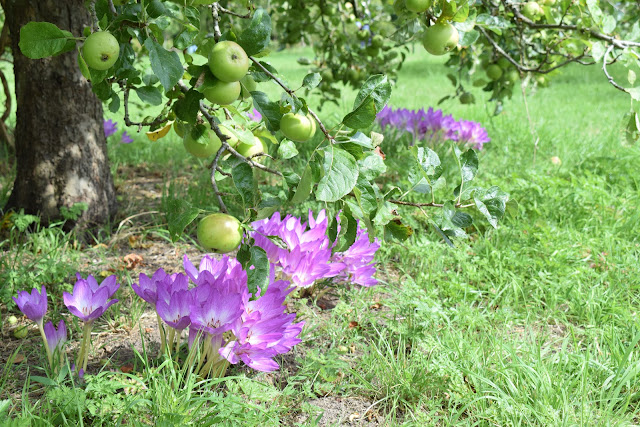 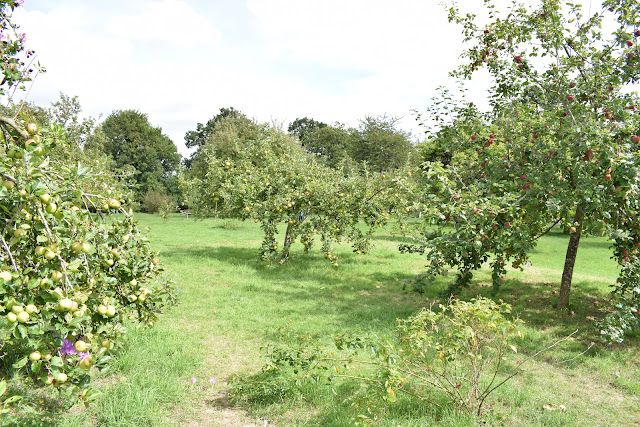 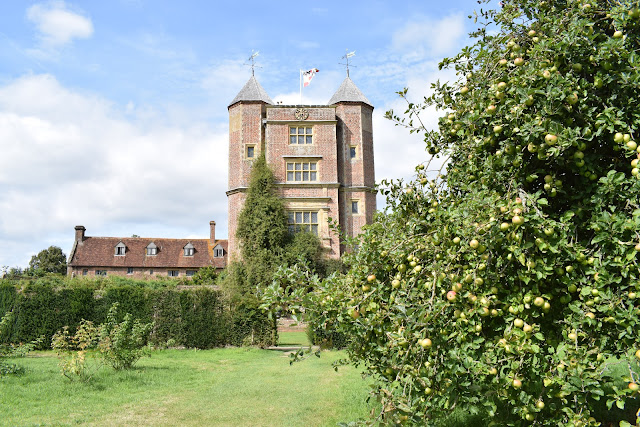 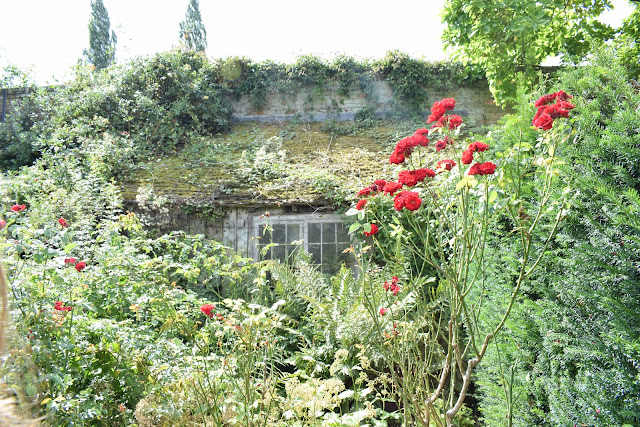 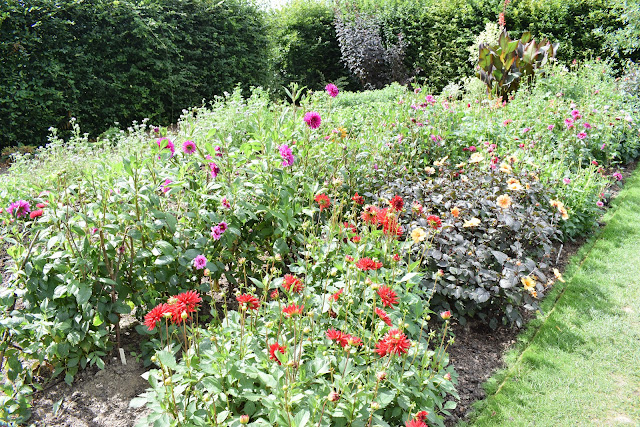 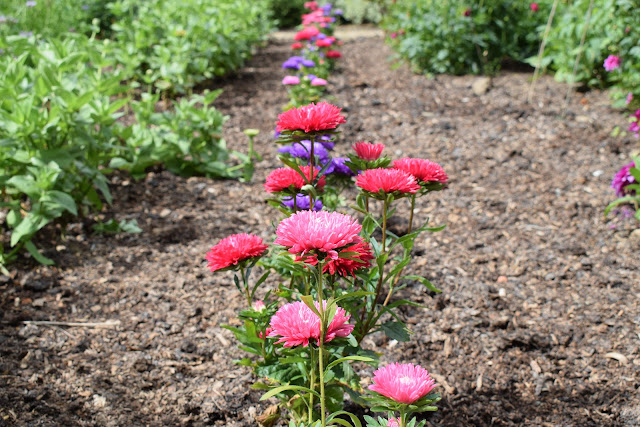 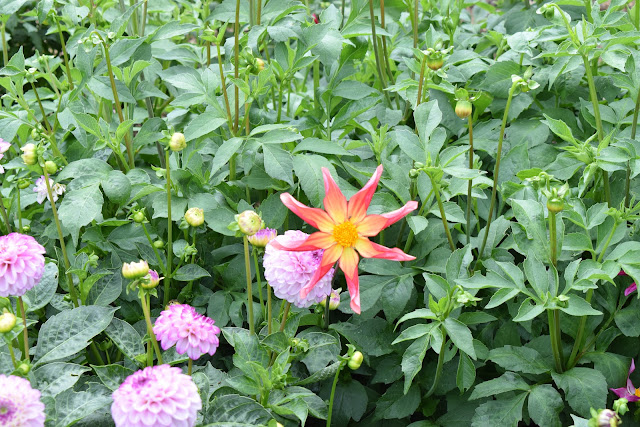 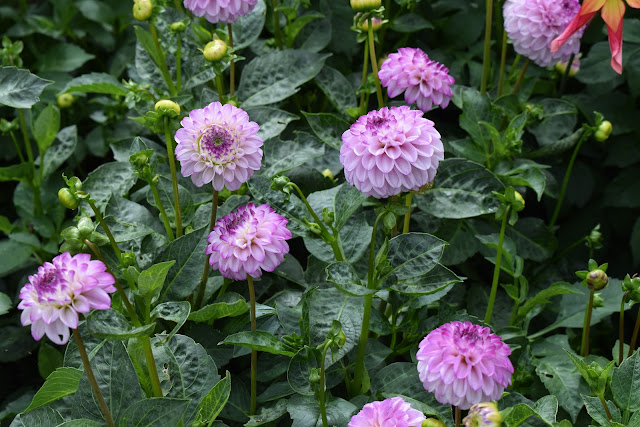 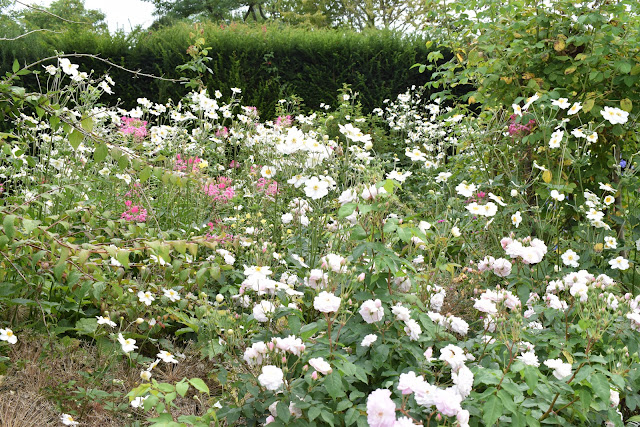 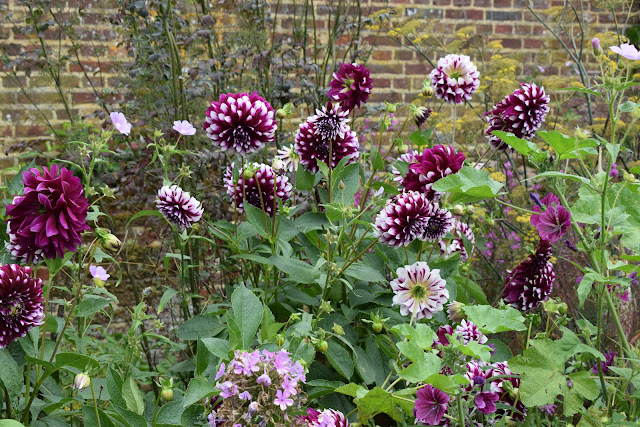 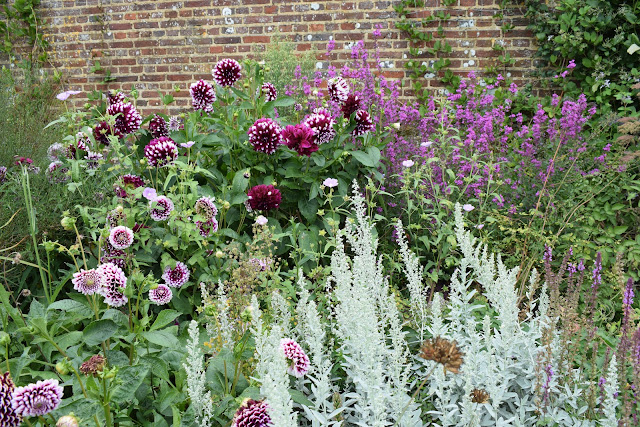 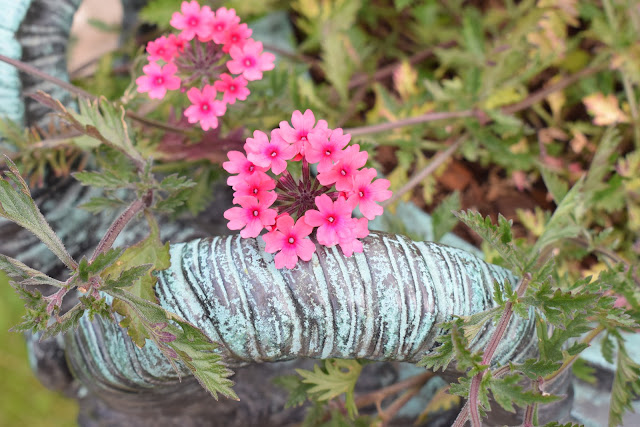