I have been very naughty and sent in some alphabet ATCs late twice in a row now. We are now up to I & J which I have miraculously finished and will package off with the G & H which were supposed to have been in by the end of last month. 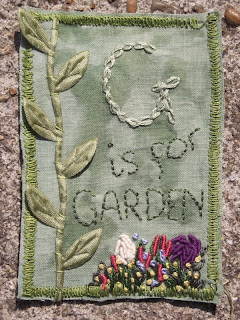 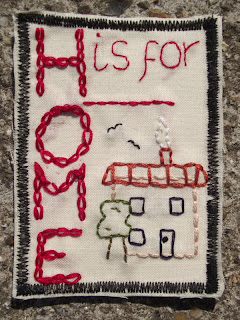 I can't decided whether I like these or not- I was trying out a new idea inspired by the other Alphabet cards I have received, a lot of which have done this 'G is for...' idea. Previously I have just stuck to doing the letter but I was discussing this particular swap with my family and we came up with the idea of Home and Garden. I was sort of going with the idea of old fashioned embroidery, quite childish in the simple stitches, however I don't think I will try this technique again.

A technique I have used previously and really loved, was shaping the letter out of wire and then embroidering flowers over the top, predominantly in colonial knots and bullion stitches (which I first discovered with my very first alphabet ATCs). As I know this works for me I have revisited it again for the 'I' and 'J' ATCs and am much happier with the result. 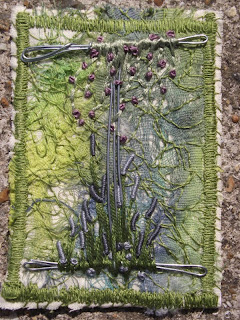 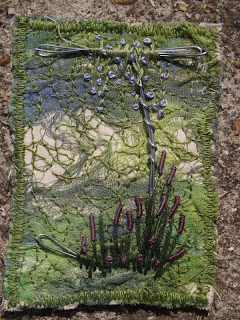 The background is recycled painted muslin which I have free machine stitched over.
Posted by Beth at 09:58