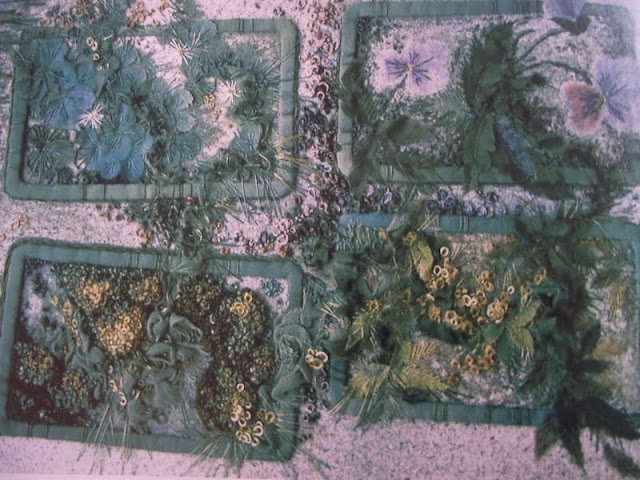 My latest load of ATCs, originally inspired by an image I saw in a back edition of Stitch magazine (No 23, June/July 2003). It is an embroidery called 'Seed Trays' by Vicky Lugg and I really loved the textures in it.
As I went through my vast material collection though I came up with  few other ideas and substituted all the french knots and other stitches that Lugg appears to use for puff paint, then used bondaweb to attach some organza leaves to the calico backing.
As the theme is wildflowers, I had to make it more flowery so used some lace flowers which is stitched over the rough edges of the organza and in the bits where there is no puff paint. 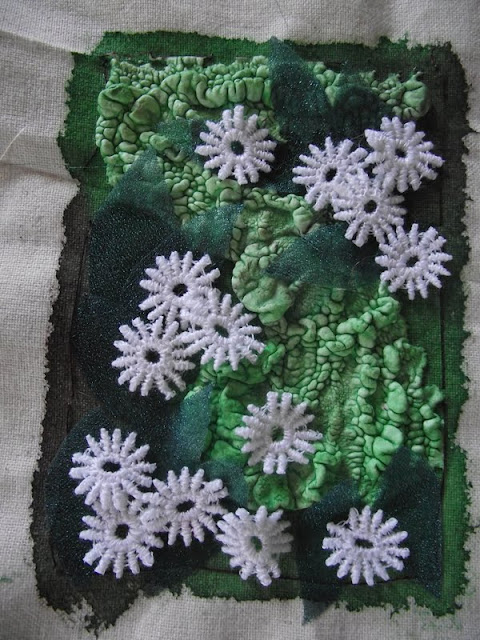 I thought that the flowers were too vivid a contrast to the greens behind so muted them down with some watery poster paints, and added yellow colonial knots to the centres and they turned out like this: 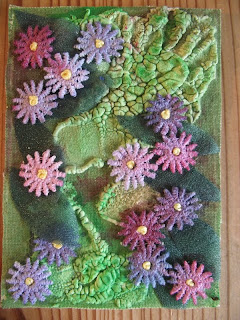 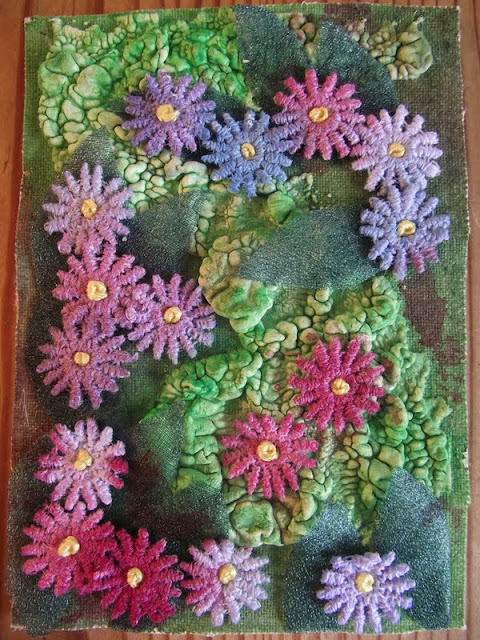 I was going to add to the cards a bit more with green collonial knots and bullion stitches but after I had stitched a few on I took them out again as it didn't quite fit so I am leaving them as they are!
Posted by Beth at 05:35