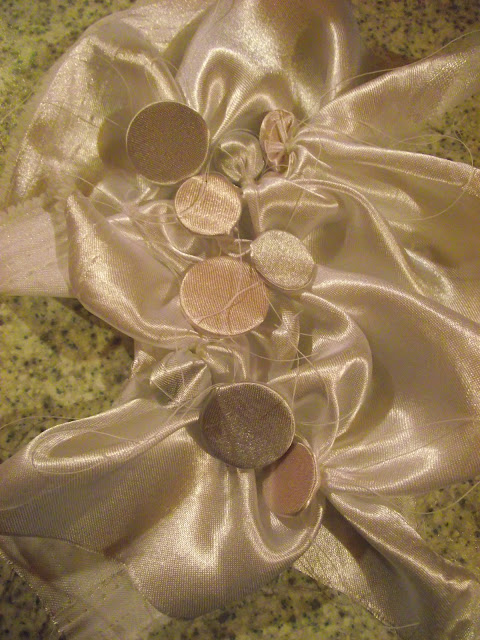 (1)
One of my more technological modules at DMU involves being in the labs wearing the highly fashionable white lab coats and layers of rubber gloves. In previous weeks we have been testing fabrics for abrasion resistance, stretch resistance etc and looking at how the fibres have been twisted into yarns and the yarns turned into fabrics- all thrilling stuff....
This week was much more interesting as we turned our hands to a spot of shibori. Using the fabrics we have been testing we tried out several kinds of shibori. At the top there we have a common type of shibori which involves tying objects into the fabric (I have used coins and marbles). 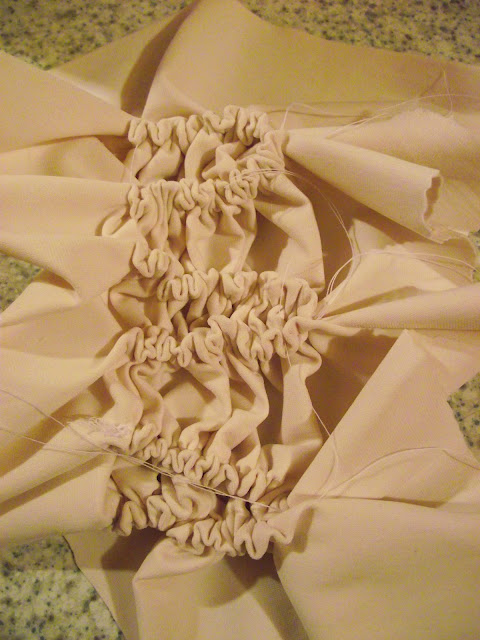 (2)
For this one you fold the fabric over as if you are making a pleat, do a running stitch along the fold about one centimetre in and pull as tightly as you can. It is easier to do two folds and then pull them so that you can tie the ends together to ensure a really tight fold. 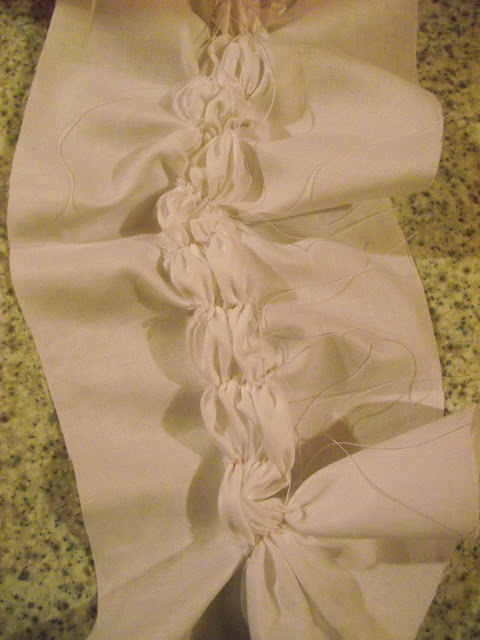 (3)
This one is also really simple, just draw lots of parrallel lines and stitch running stitch along them, don't tie off the ends. When you have stitched all of them, then you can pull the ends and as the previous technique, tie two together for a tight finish. 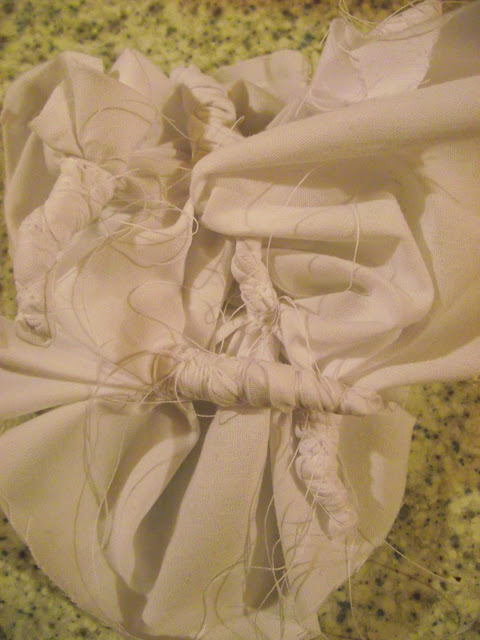 (4)
﻿
Oh this one was fiddly!! Using a pencil, fold the fabric over the end and pinch the bottom, remove the pencil and tie your thread where you have pinched. Then twist the fabric whilst twisting the thread around it to hold the twist.

Once we had finished preparing these samples, they went into different coloured dye baths, depending on what kind of fabric we were using. They were dyed for about half an hour and then rinsed and spun dryed. If the fabrics were synthetic we also bunged them into an oven for a few minutes to heat set them into position. Then the fun began!!

Take out all the stitches and see if you have been left with any patterns! 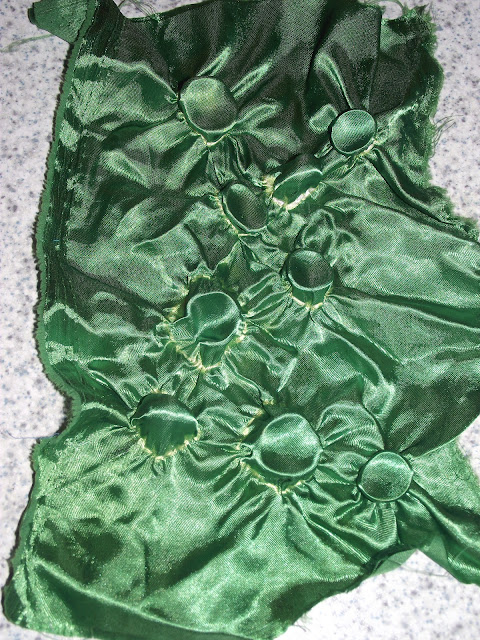 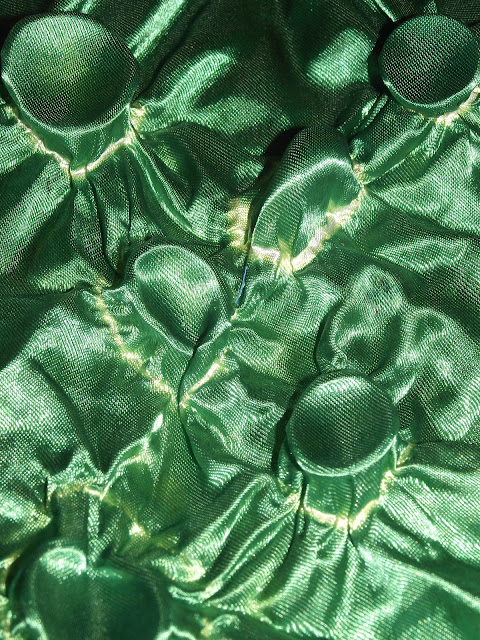 This fabric is polyester so was put into the oven after dyeing. The thread has resisted in rings of lighter green which looks quite pretty, as well as the fabric being heat set into position. 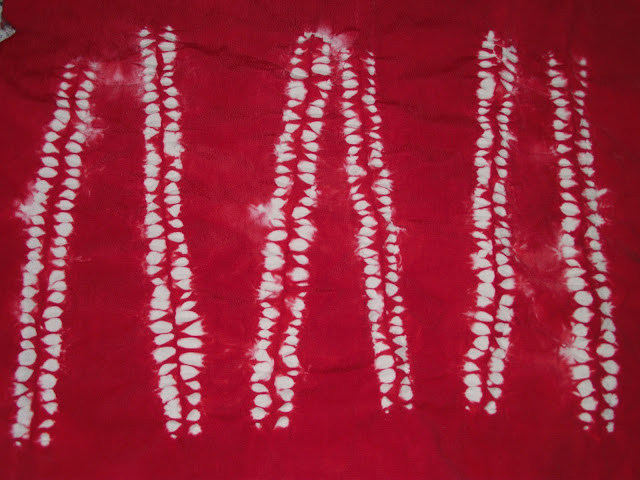 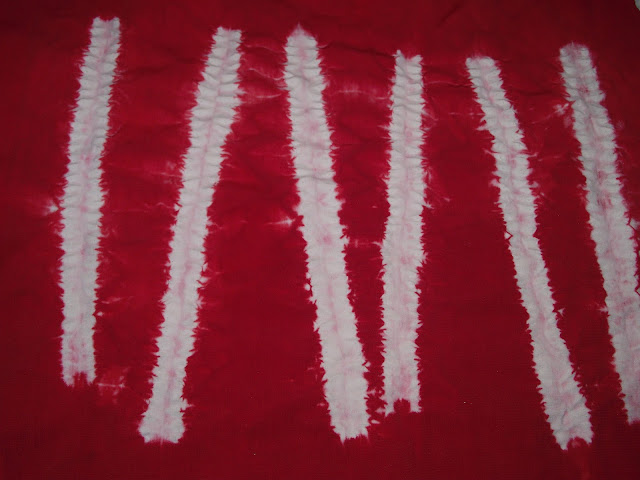 This is the second sample which worked fabulously well!! One side looks like little teeth! What you can't see in the photo is that the fabric has also been slightly heat set into bobbles as it is made from nylon. 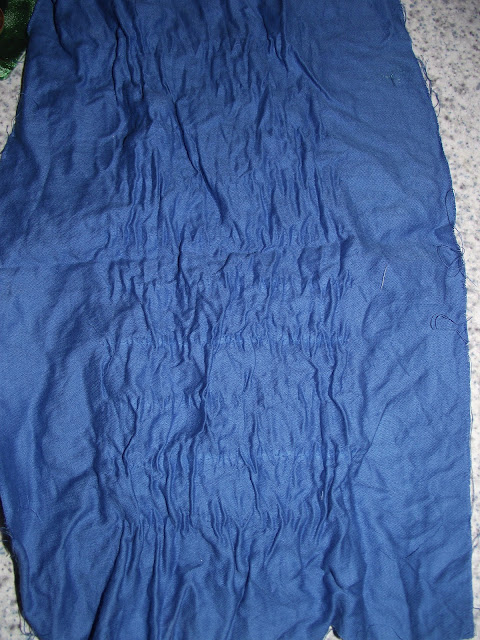 The third sample didn't work at all- although we aren't sure whether it was because I didn't pull tight enough or not as apparently fabrics in the blue dye didn't really do anything exciting pattern-wise for many people in the class. 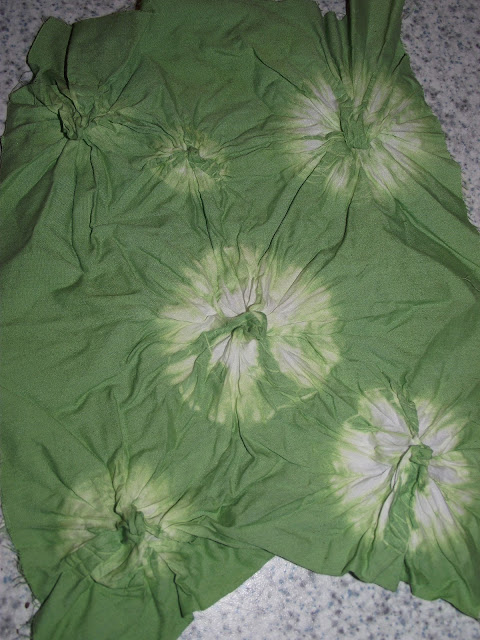 And finally, all that hard fiddly work with twisting fabric and threads paid off as this is one of my favourite samples. The fabric even stays creased in the upward spirals so looks really nice and textural as well. 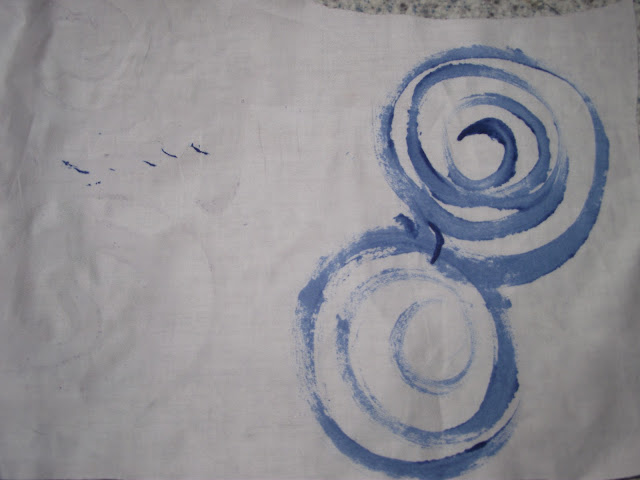