Fabric Paper & The Attack of the Alien Hamsters!

Today was the second session of Beth's Craft Sessions and this week's project was to make fabric paper- a slightly daunting prospect as it can get quite messy. The table was covered with several sheets of newspaper and all the pieces of muslin were put onto carrier bags (although even with all these precautions there are still some marks on the table I'm hoping the parents won't notice!). 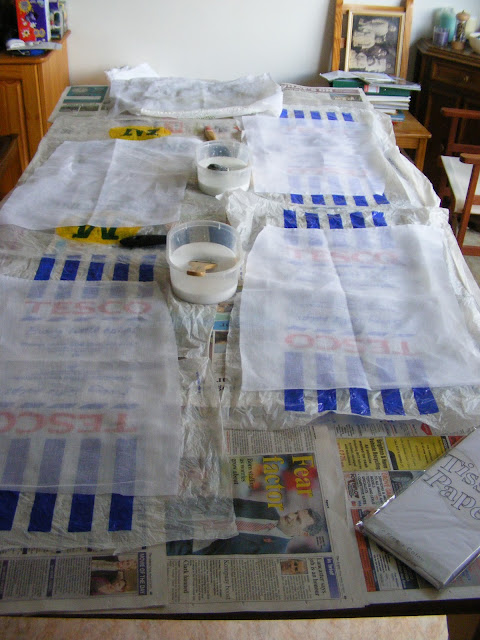 A good thing I did too, as the food colouring was soon flying around the table, as was the creativity with pictures being cut out of magazines, doilies ripped up, and even some plants from the garden were included (not sure how these will turn out but I am very interested to see if they go mouldy or not.) 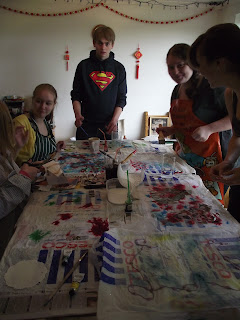 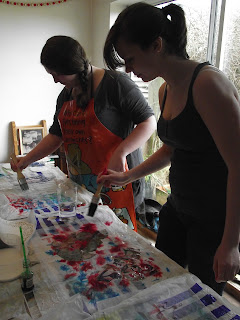 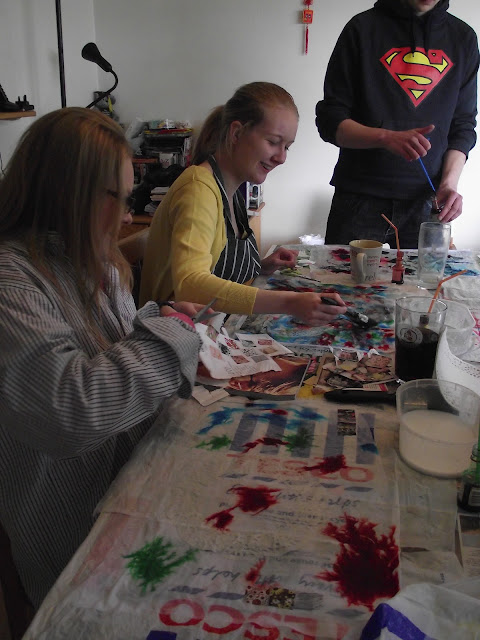 Here are the drying papers- a bit difficult to see as the pattern of the bag underneath shows through...
First up is my piece... 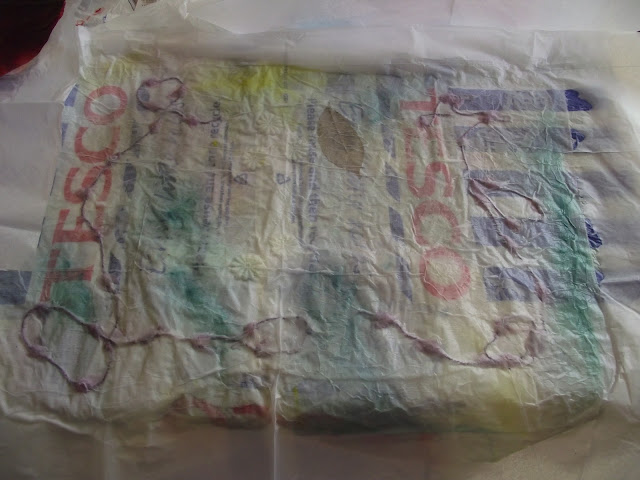 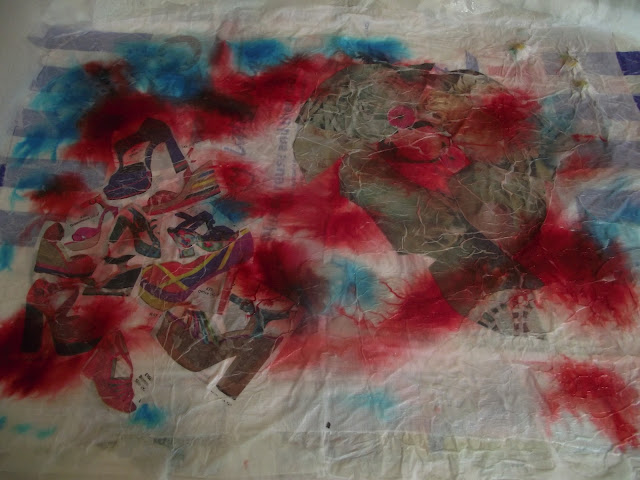 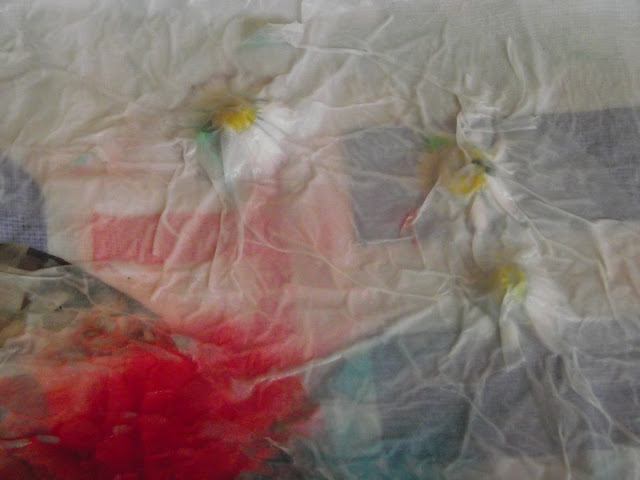 Anna tried adding in some daisies- we will have to see how that one goes! 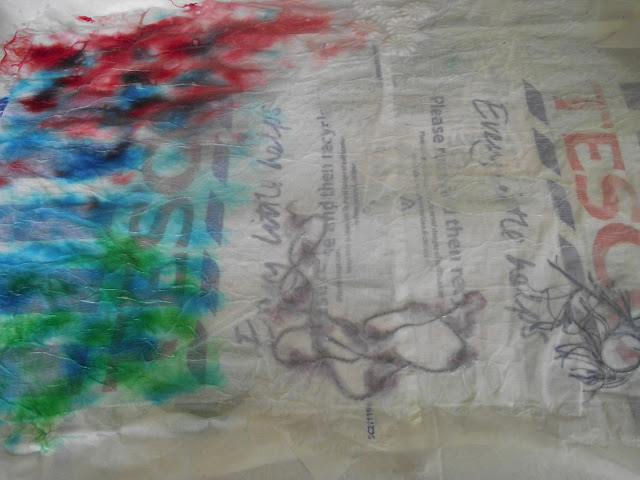 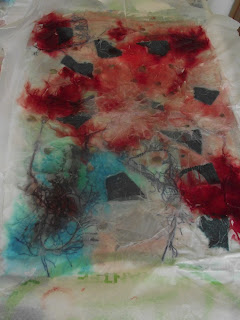 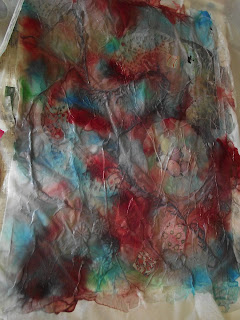 The one on the left has bits of plant in as well as pieces of a dog chewed hat, and the colours in the one on the right have now blended together to a nice mottled purple. 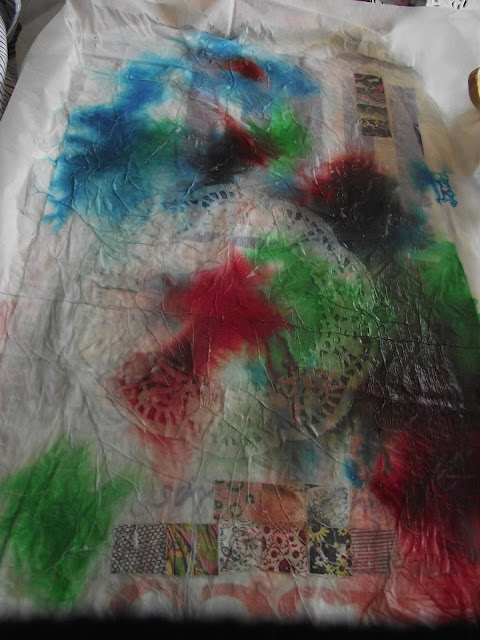 After creating havoc in the kitchen, we moved rooms and continued the creativity with another stab at hamster making- with some surprising results! 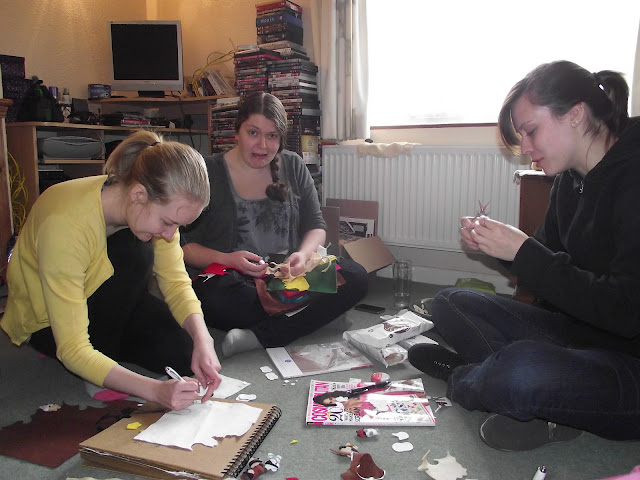 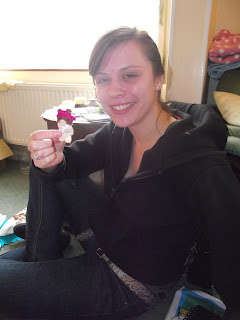 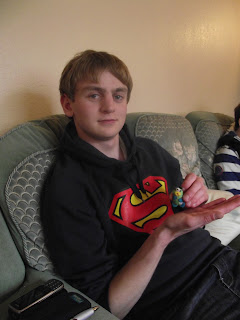 Here are the finished hamsters! 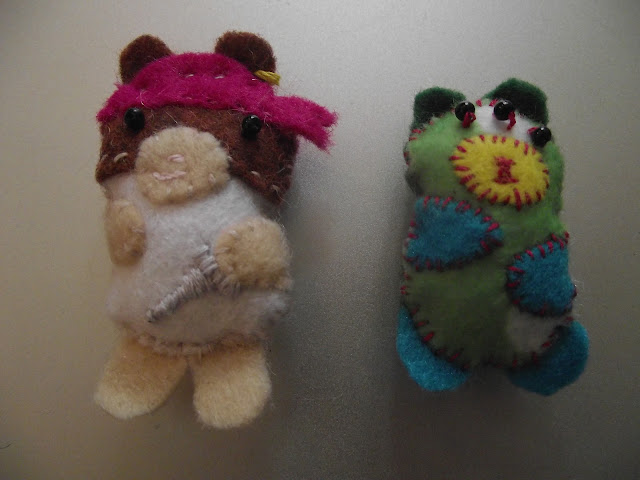 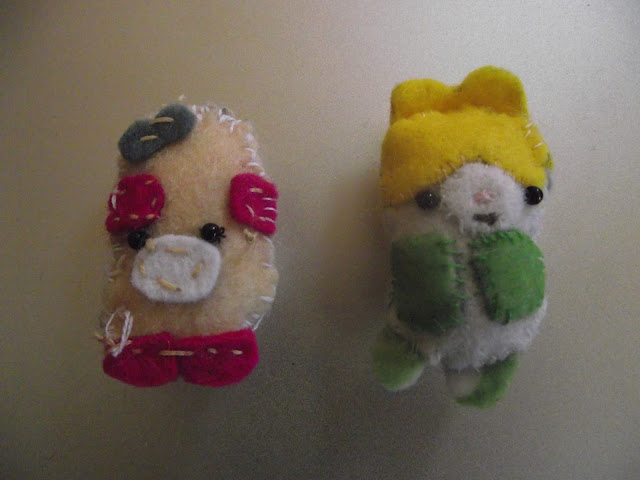 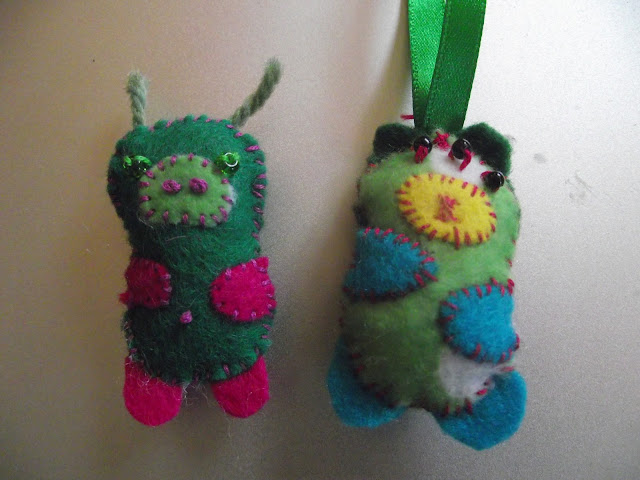 My version of an alien hamster is on the left (what do you think of the belly button?). 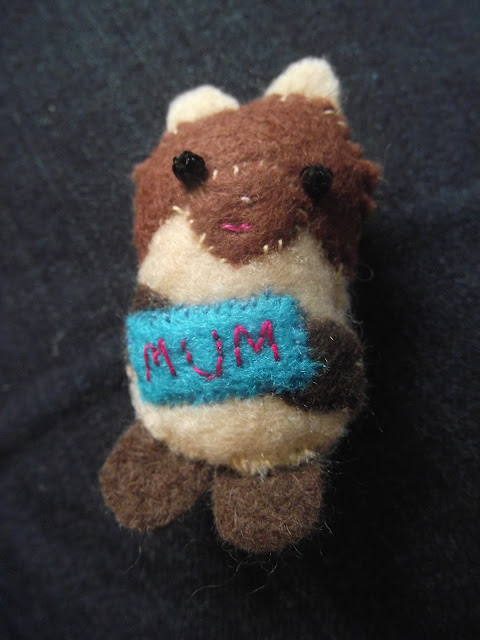 And Amy, who made the chubby cheeked hammy last week, made another one as a present for her Mum!!
Posted by Beth at 10:48