Today was the final crafting taster session for this holiday, but more on that later. First I have to show you two very heart warming things that have recently made their way into the house.
First up: 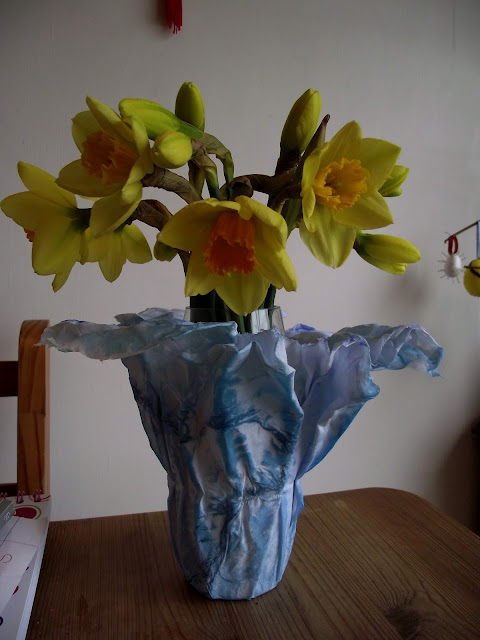 A new bunch of daffs in my fabric paper vase!!! The vase that I moulded the paper around is inside the paper so that the water doesn't leak out for those that are mildly concerned. 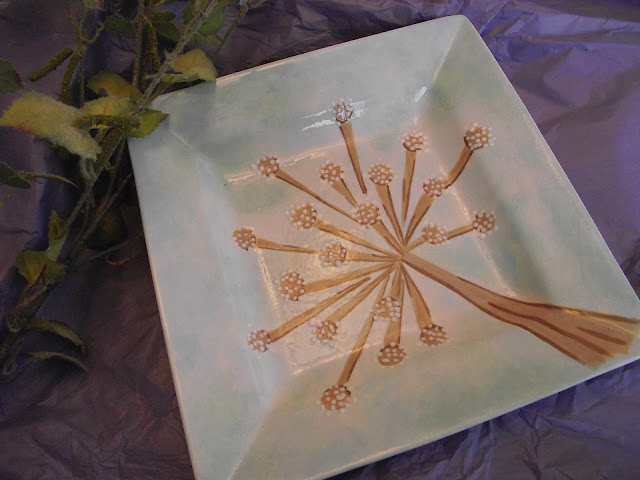 The bowl that I painted at Glazy Daisy!! It was delivered to me today by my friend and I absolutely love it!! It is a bit of a wrench to leave your creation at the shop for it to be glazed, and of course there is always that slight worry that something terrible will happen to it in the kiln- but everything turned out fabulously well!! The white bits on the ends of the stalks are all bobbly and I love, love, love it!!!

And of course, today was pom pom day in the creative sessions. There is something very soothing about making pom poms- as long as you don't get tangled up in knots like some people did...- just wrapping the wool around the cardboard rings, round and round and round....ahhh. 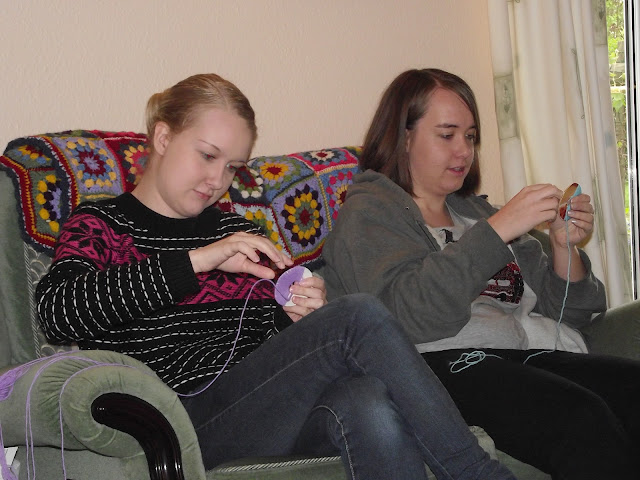 Then of course when you have finished wrapping, you cut between the two rings, tie a piece of wool around the middle, pull off the cardboard... 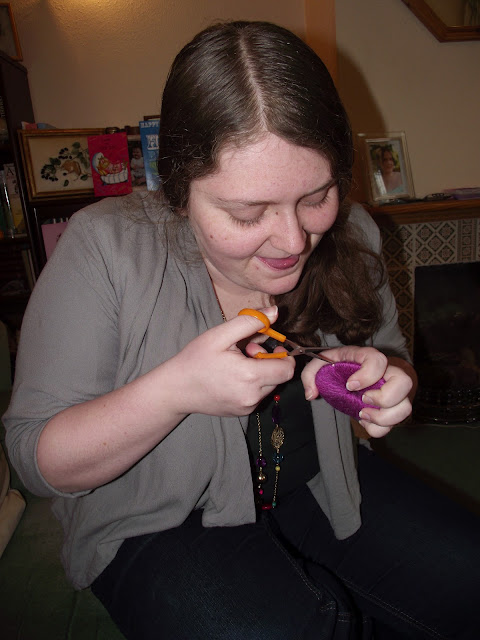 And hey presto!!! Much excitement. 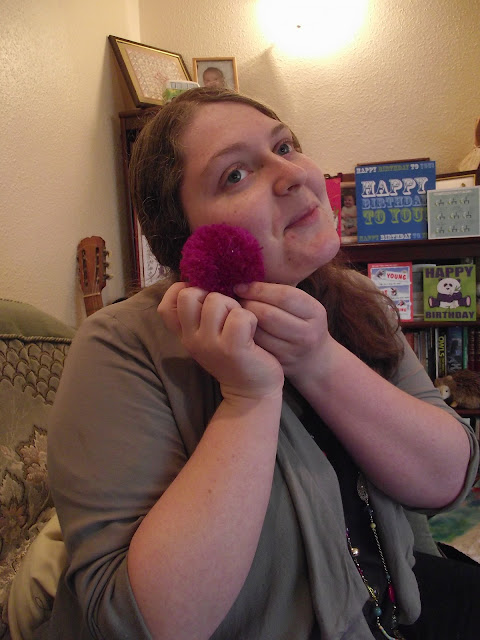 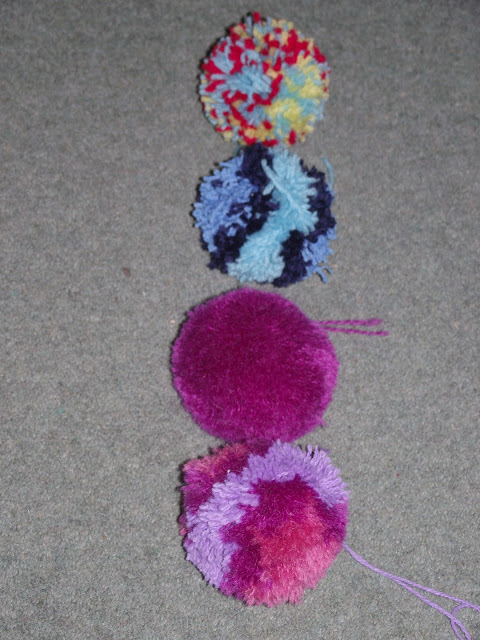 You can do them any size you like- and be warned, once you make one you will be addicted!!!!
Posted by Beth at 10:56