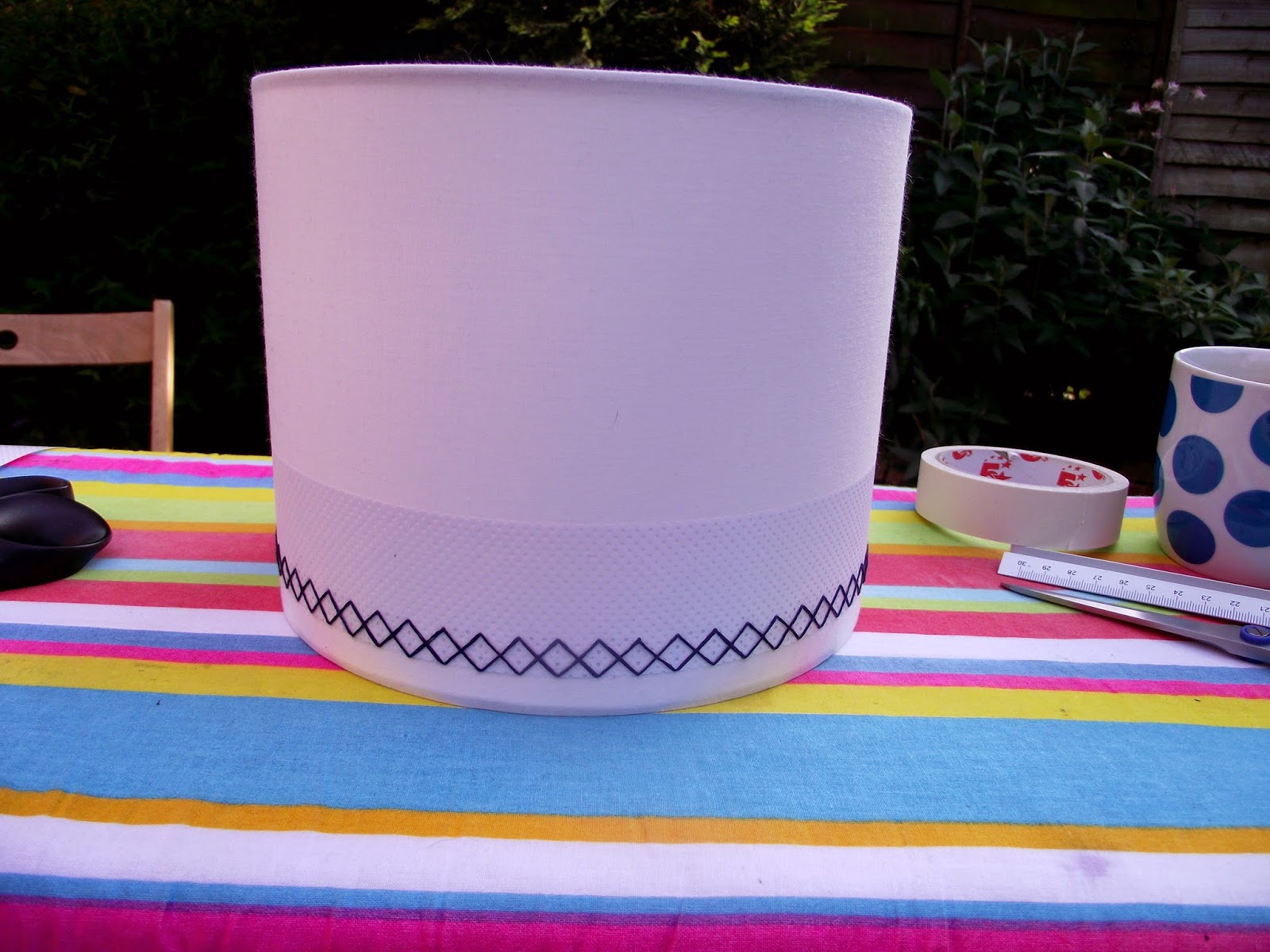 Yesterday was, all in all, a spectacular day!! I was at Abbey Park looking at fluffball goslings in the morning, and sat in the sun with my makeshift ironing board table, upcycling a lampshade to fit in with the current uni project in the afternoon! 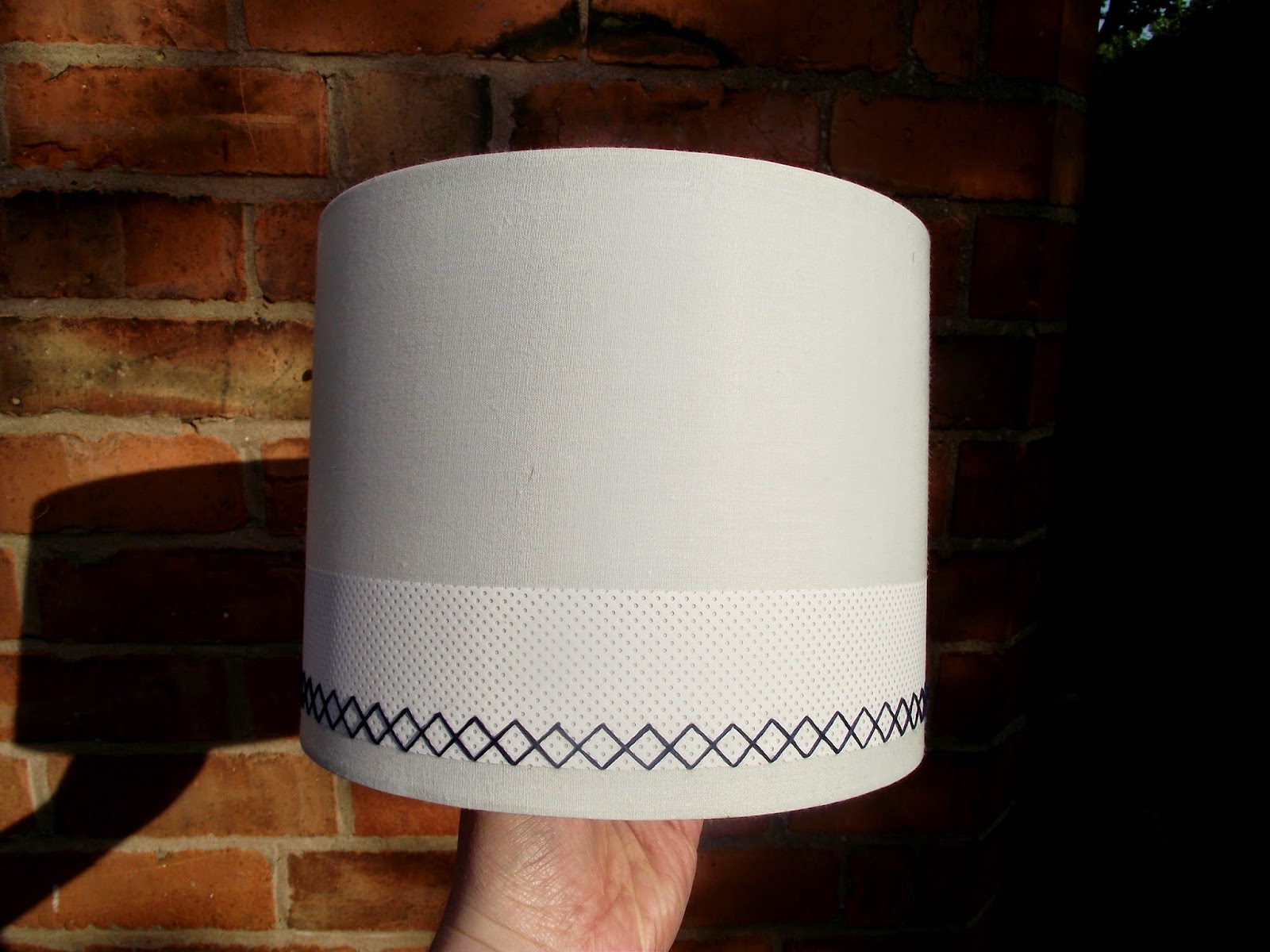 The lampshade is a cheap(ish) one bought from Wilkinsons. I originally bought it because I wanted the stand it came on for another lampshade I have made, but it seemed such a waste to neglect the shade I decided to do something with it. 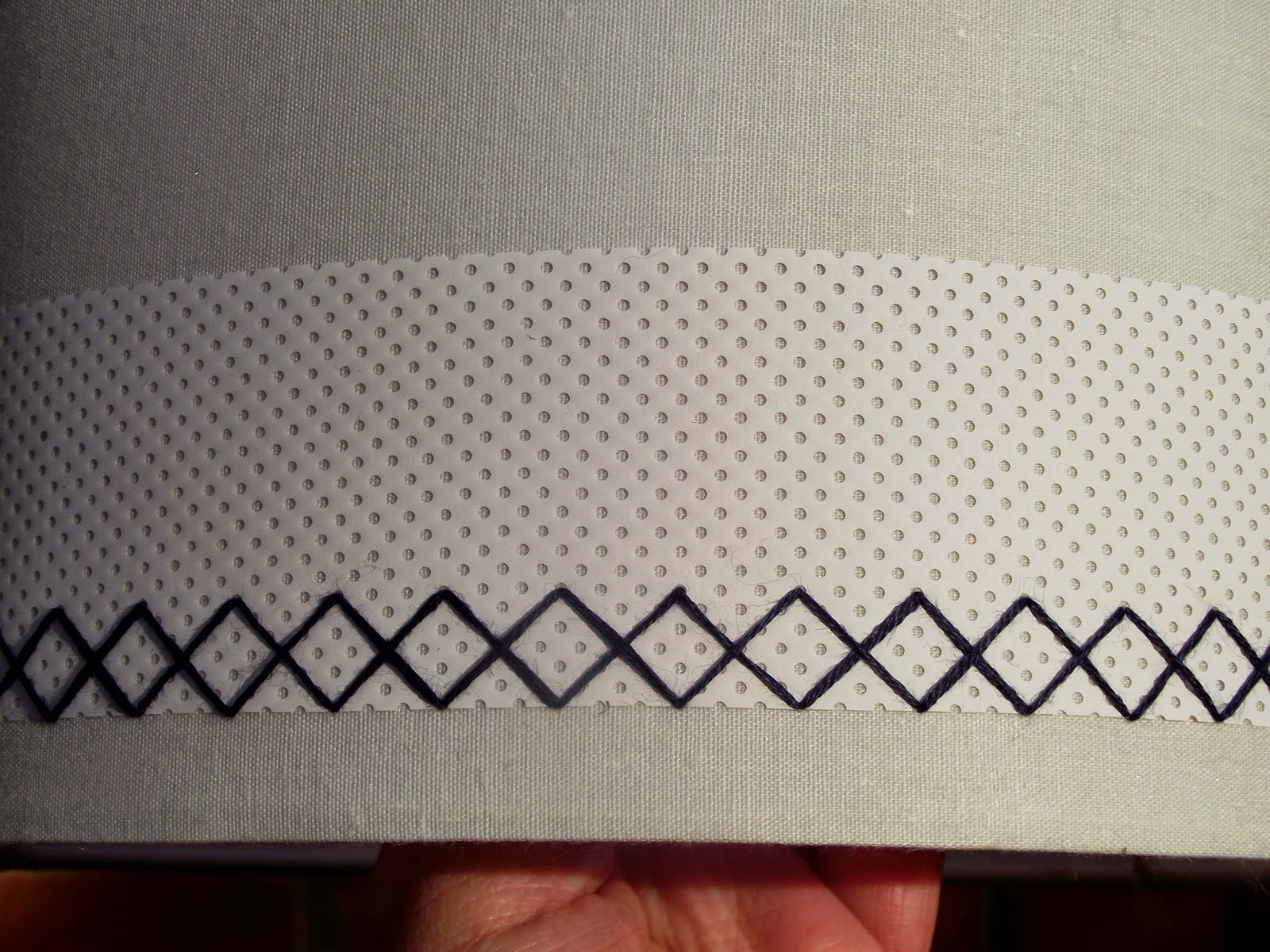 Using the same vinyl mesh I have used in other university samples, I removed the backing and instead of heating it to the lampshade, I masking taped it down (making sure that it was exactly half an inch from the bottom all of the way around the shade) and began stitching over the top. This mesh has been fantastic to use as a cross stitch guideline, and has a really nice matte quality to it. 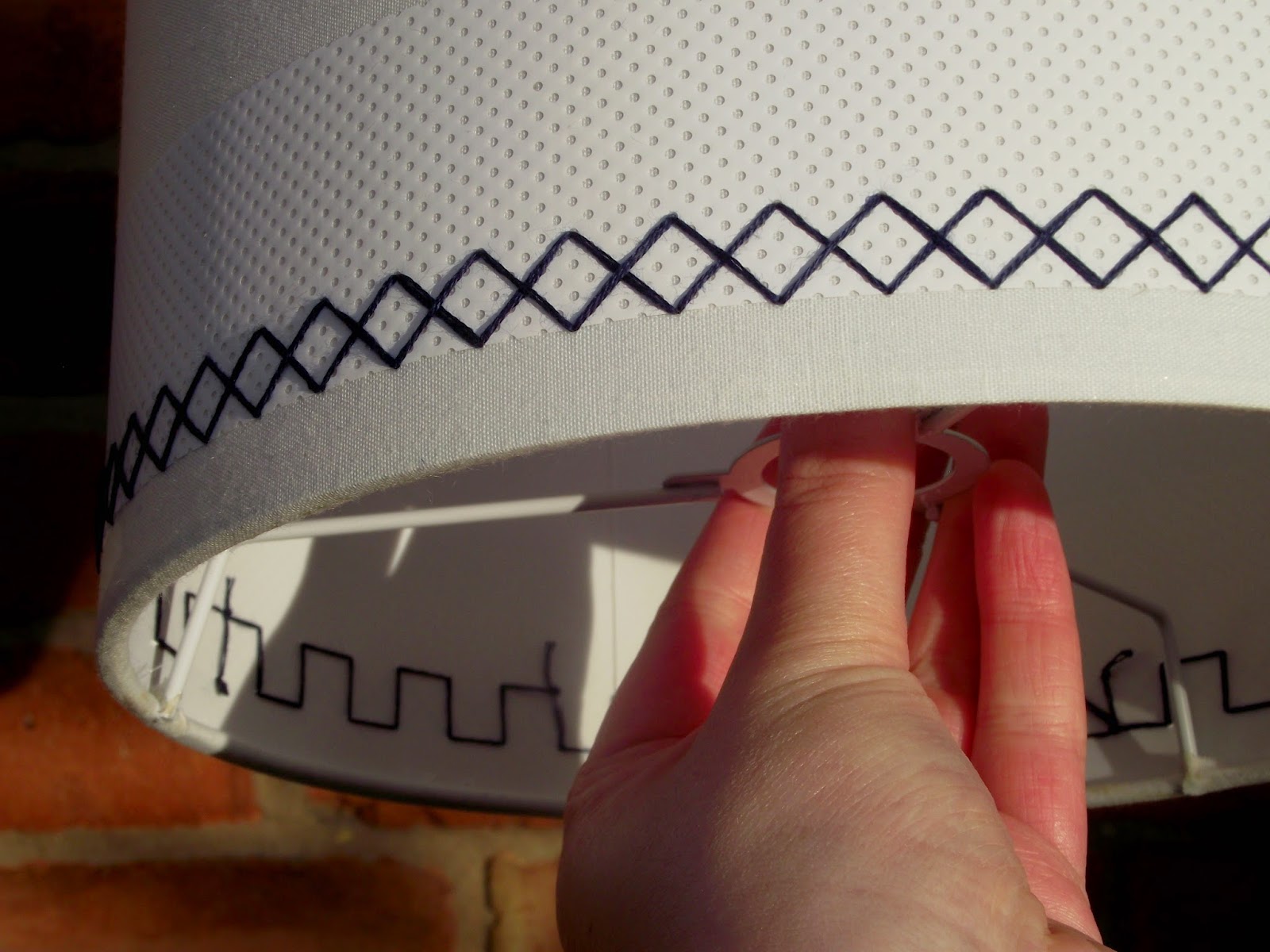 This is what it looked like at about 6 o clock yesterday, and since then I have been methodically sewing my rows, working my way around and around (it reminded me a bit of crochet actually, something repetitive that can't be rushed) until all of the vinyl was covered and securely stitched down. 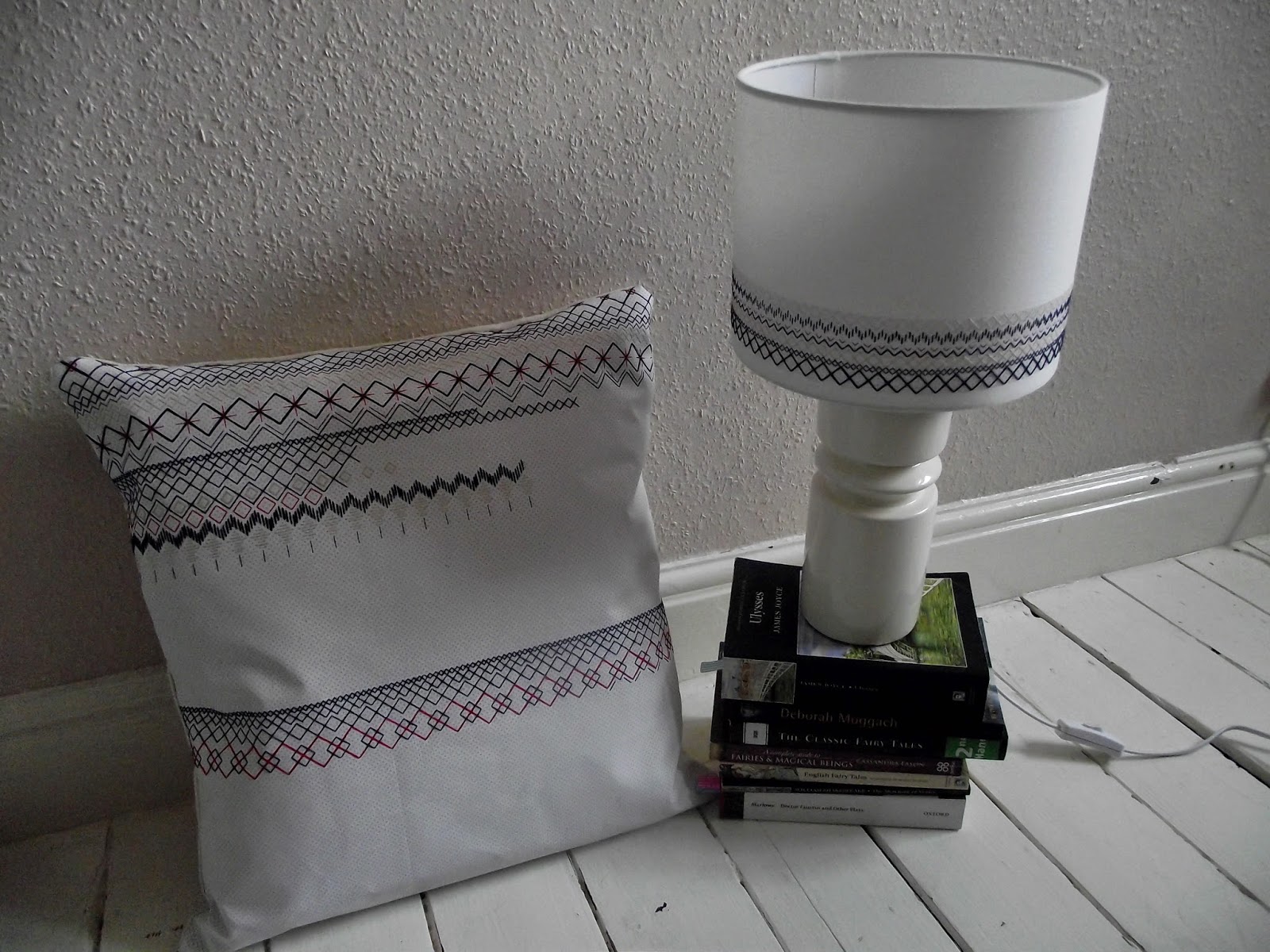 Earlier this afternoon it was finished and I popped it back on the stand (temporarily- we will see if it suits another shade better) and switched it on. Aaaah, bliss!! I am so chuffed with this little upcycled project! 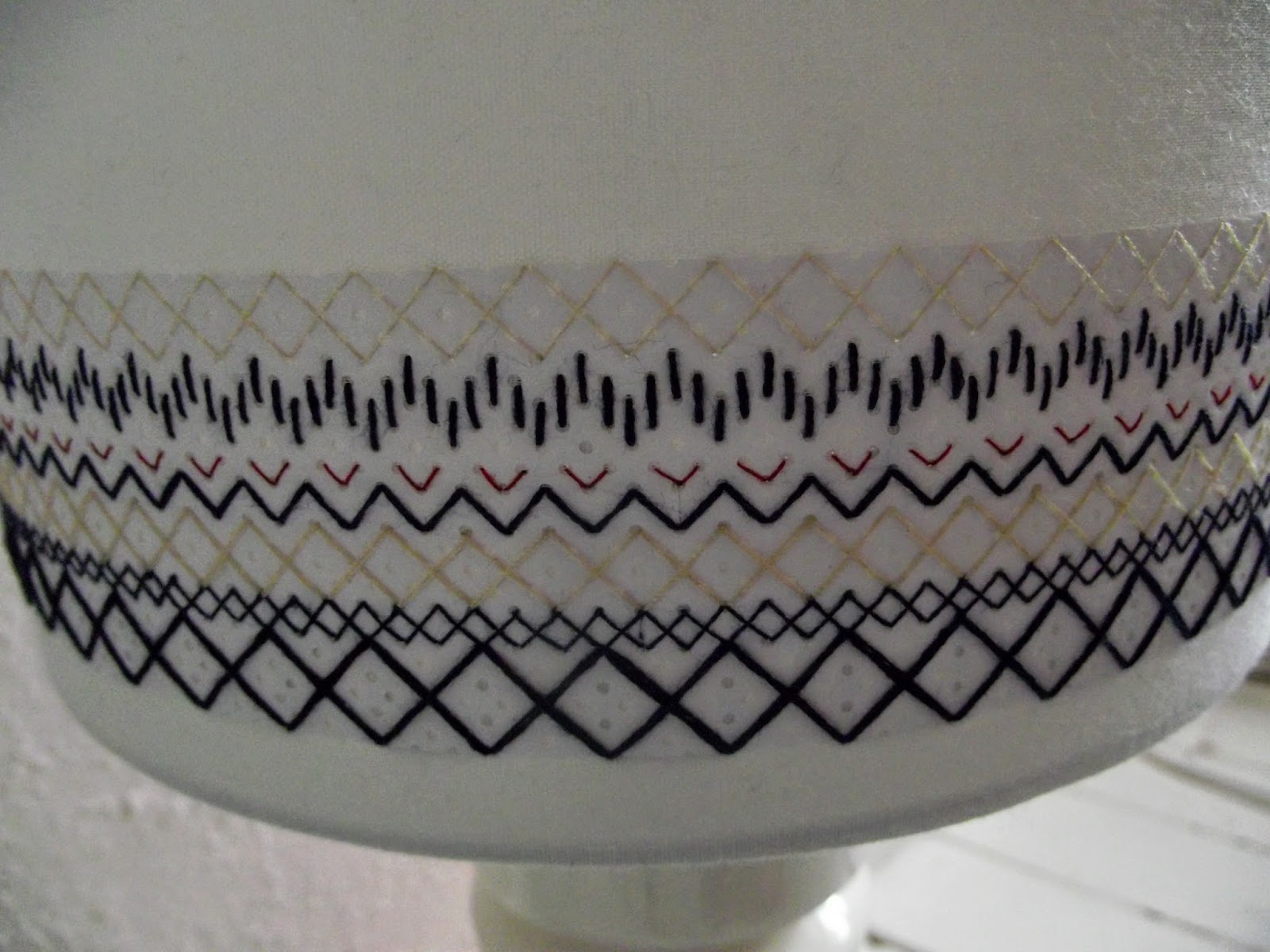 Would you like to see it switched on? Ok then... 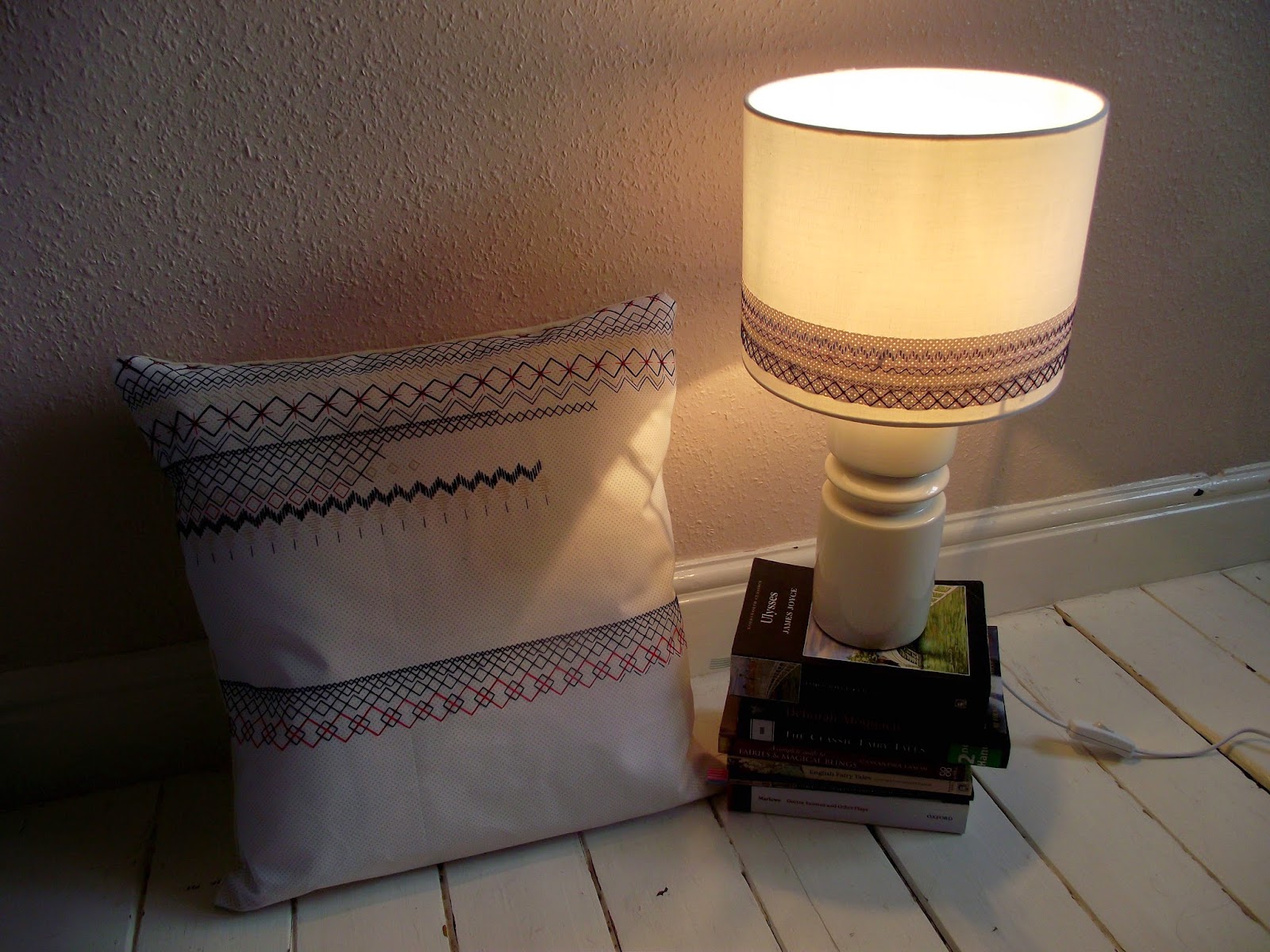 It matches the cushion so well! The slight creaminess of the shade fabric works brilliantly with the biscuit/gold thread, and also matches the fabric used for the back of the cushion. 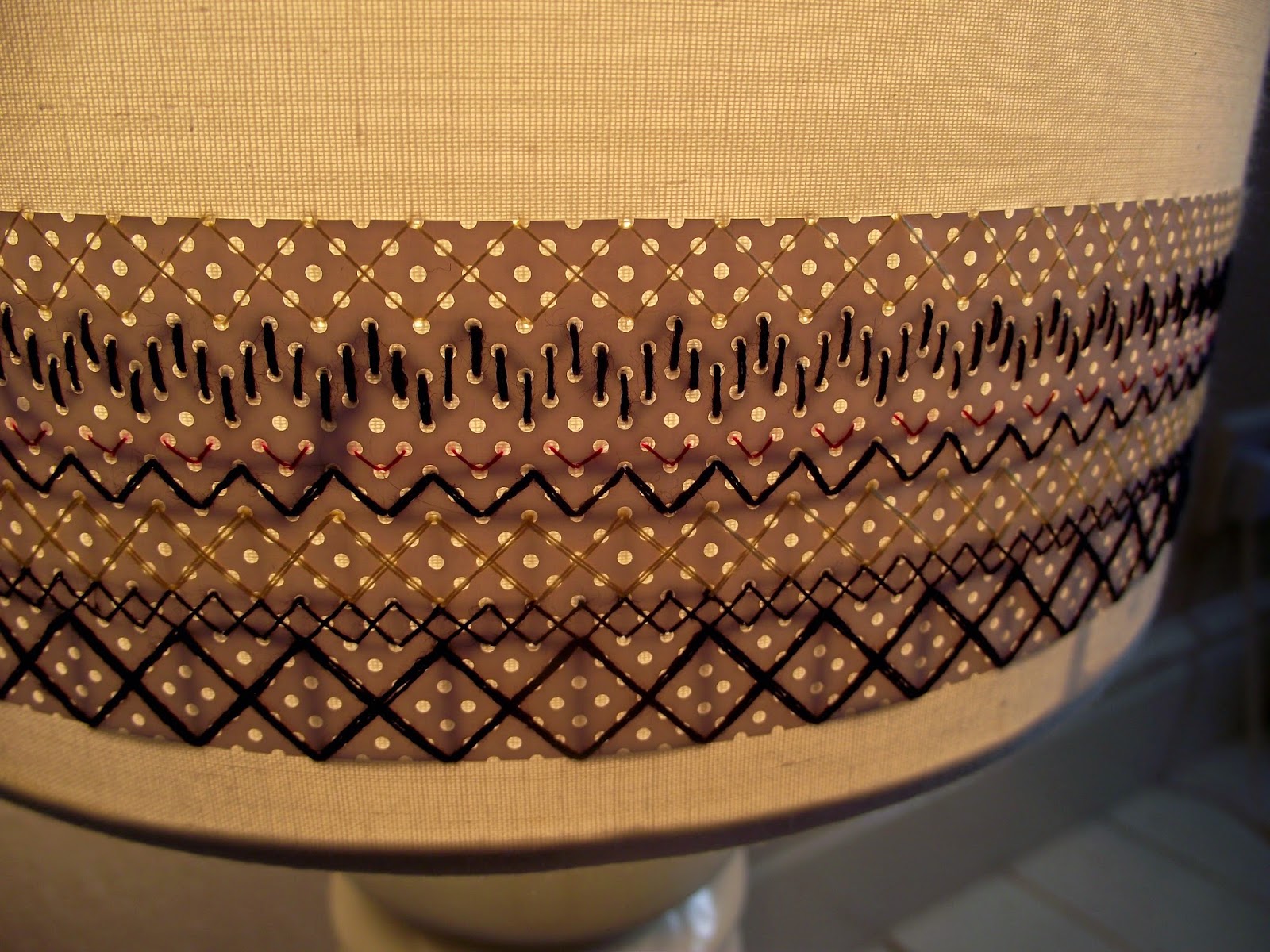 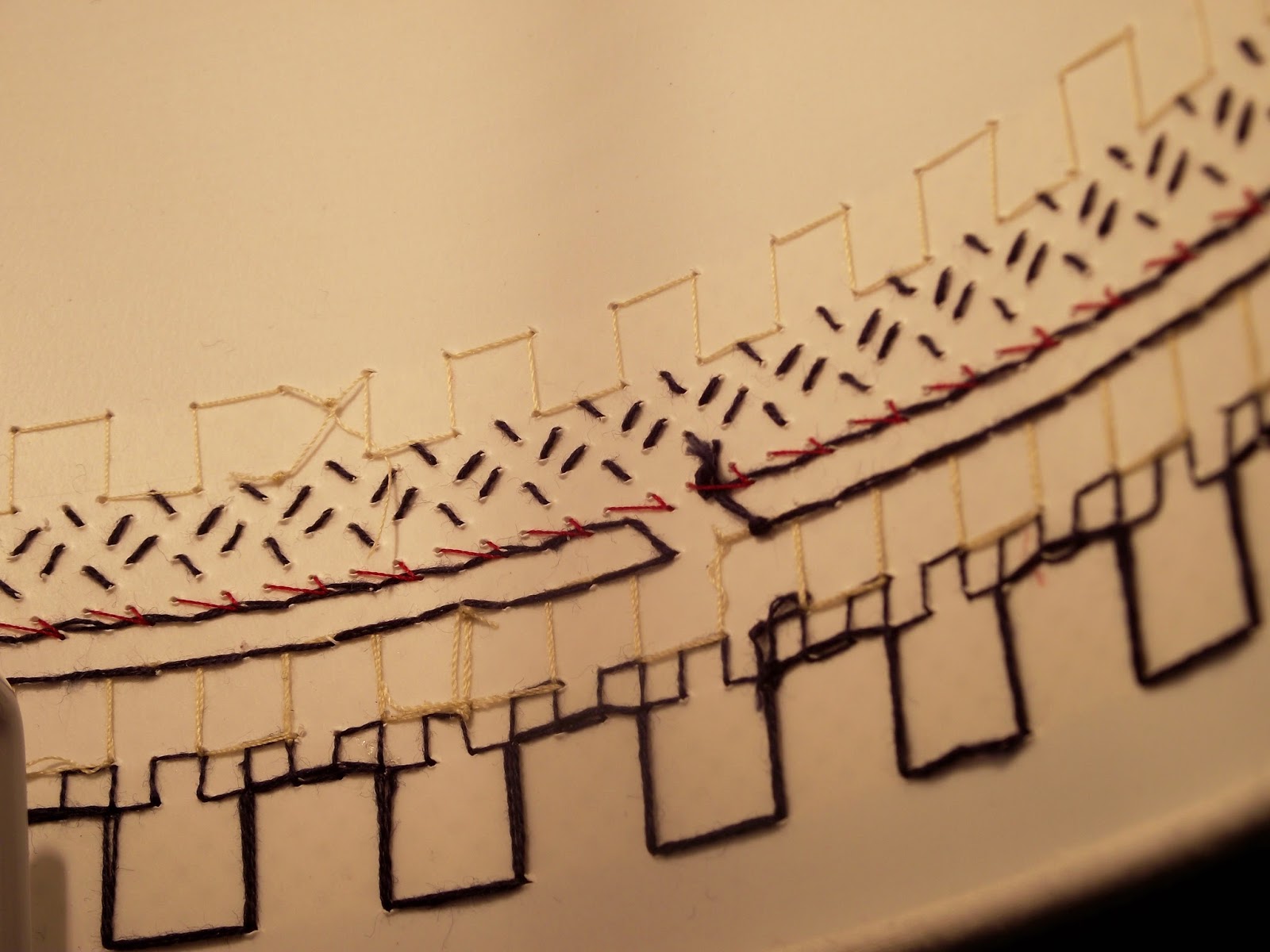 I even like the back! Handy really considering that there is no way to hide it. Top tip if you fancy making your own stitched, upcycled lampshade (which I highly recommend!!)- make sure that the reverse side is as neat as you can get it so that it doesn't influence the visible stitches too much. 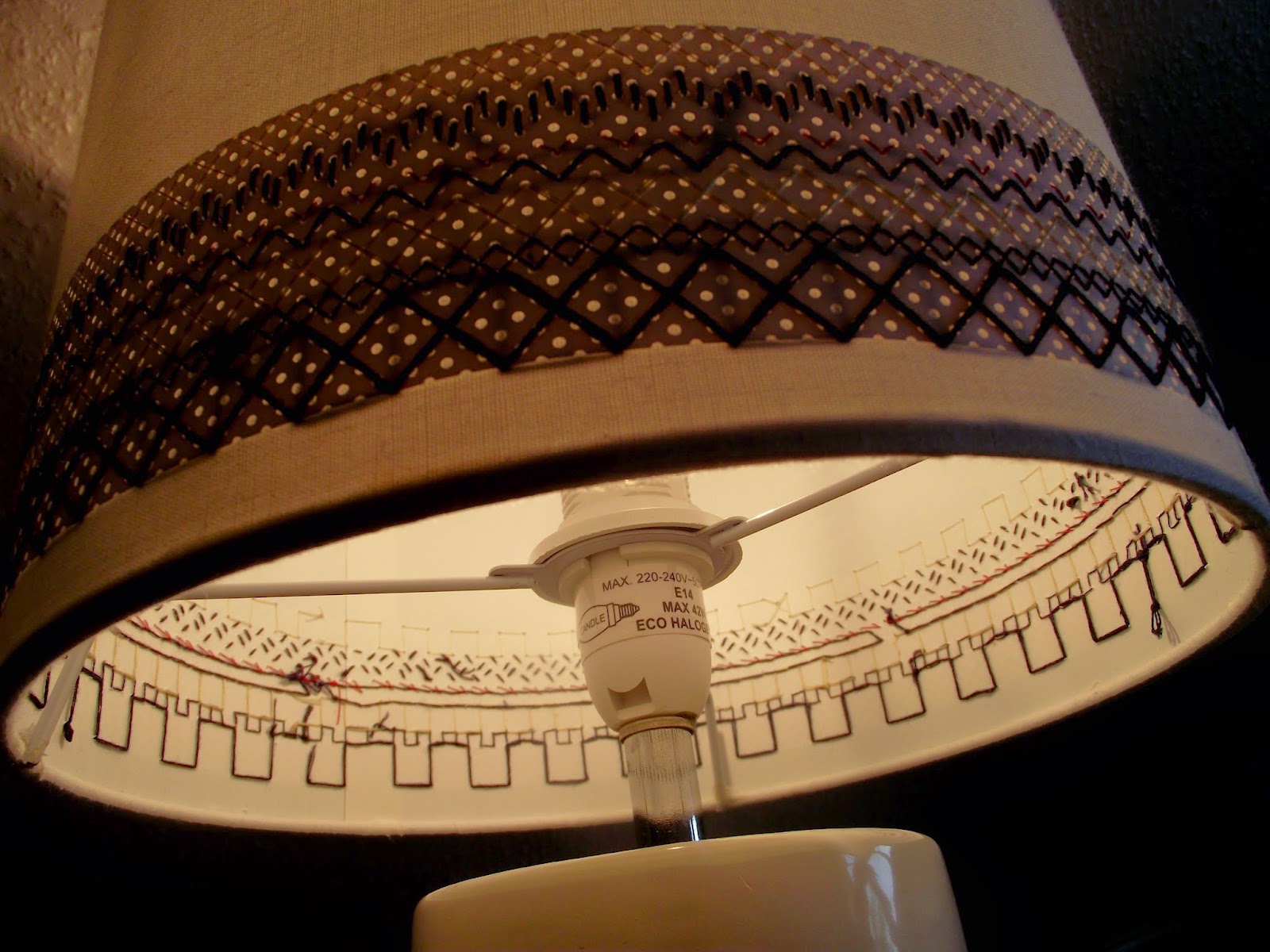