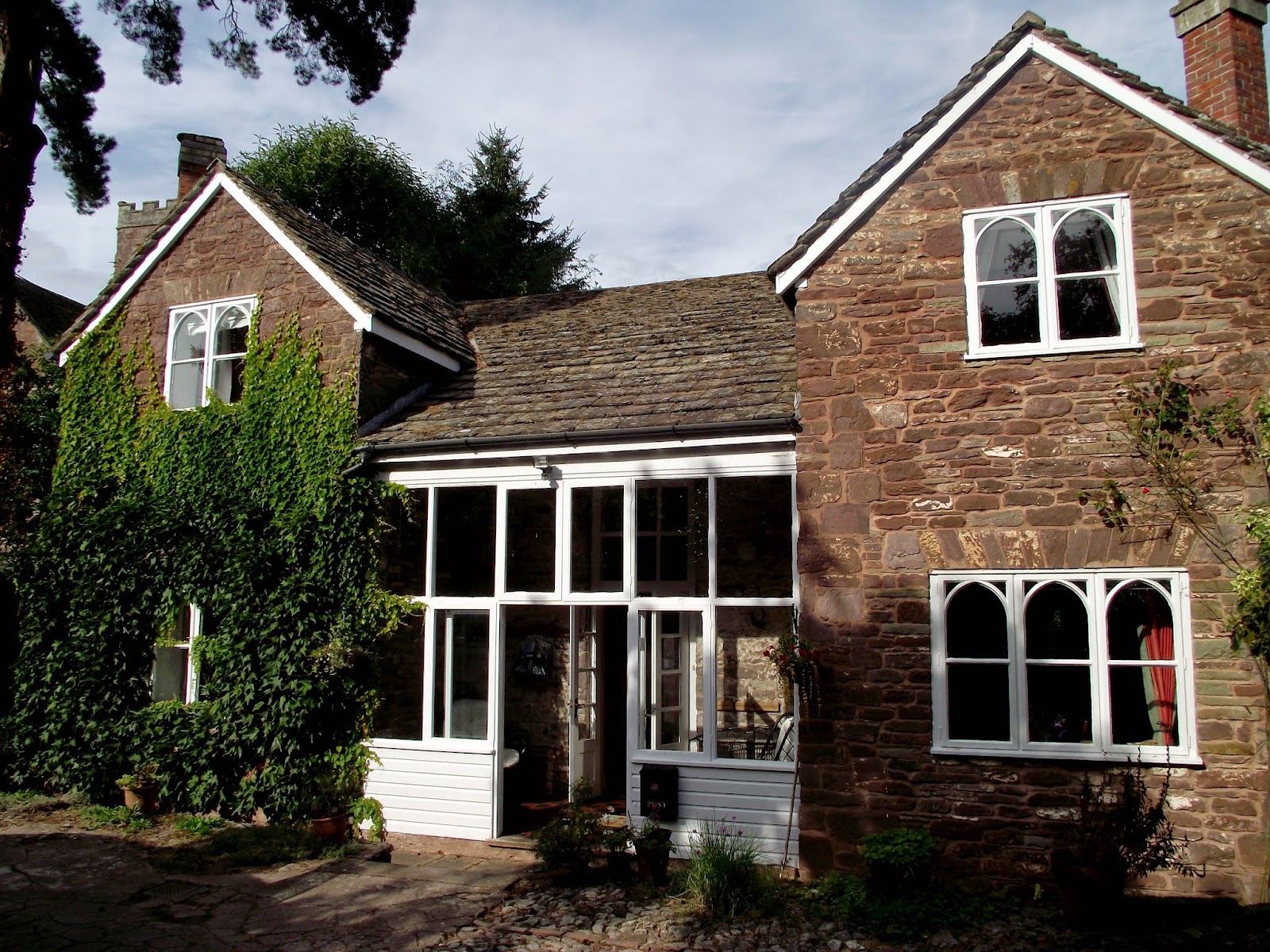 Hello!!! It is so nice to see you all again here in Blogland. Holidays are great aren't they but there is nothing like coming back to your own home- with guaranteed Internet and a favourite pillow.
We had a fabulous holiday house this year, a real treasure. It is a converted coach house belonging to the vicarage of Dore Abbey, and is just the most peaceful place! The rooms were all beautifully decorated, my favourite being the glass fronted porch where you could sit in the sunshine and enjoy the tranquillity. Until, that is, one of our regular visitors came along! 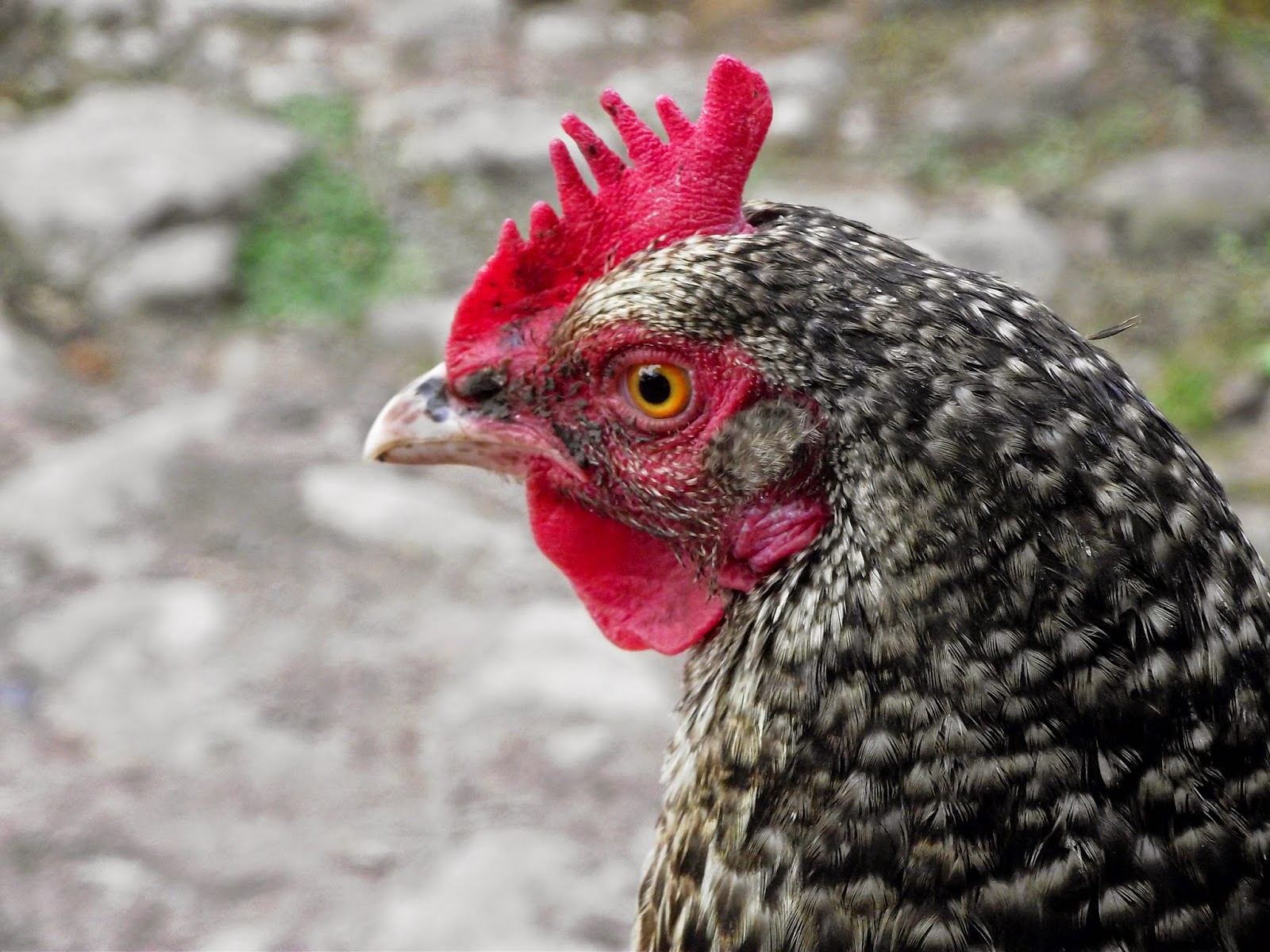 We kind of adopted a pet chicken for the week. She would be at the front door every morning when we woke up, wanting to know what we were having for breakfast and whether she could have any. Very cheeky! We nicknamed her Henrietta, although mostly just called her The Chicken, and she was so tame she would eat out of your hand. I think she and The Brother had a special bond as he would always be out there offering her some bread stick or toast. 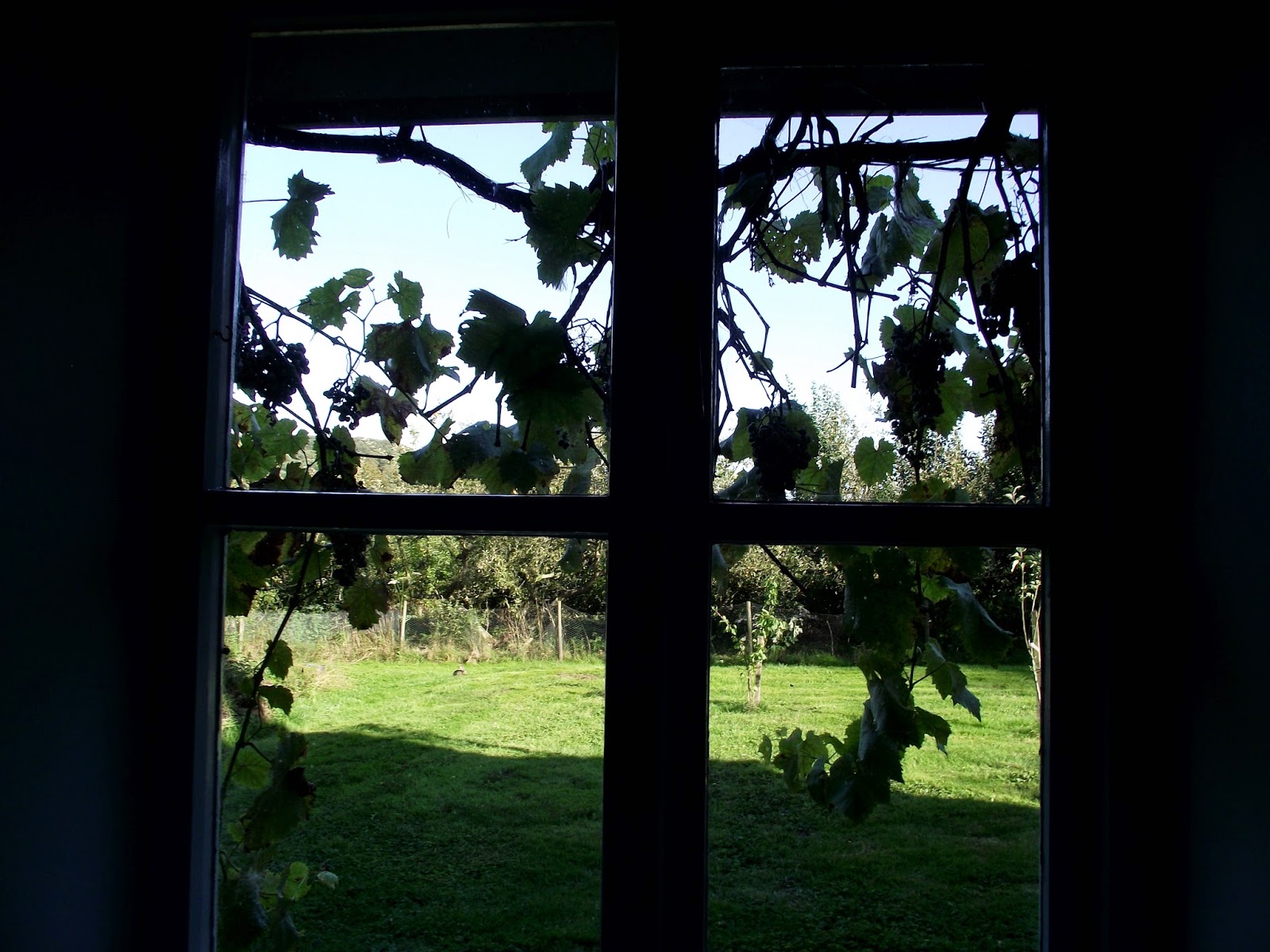 The views from the windows were stunning. On one side of the house there was an orchard where more chickens would play and some bunnies would hop around, and on the other side was Dore Abbey itself, the other sides were surrounded with trees and fields so it was almost like being enclosed in your own little world. 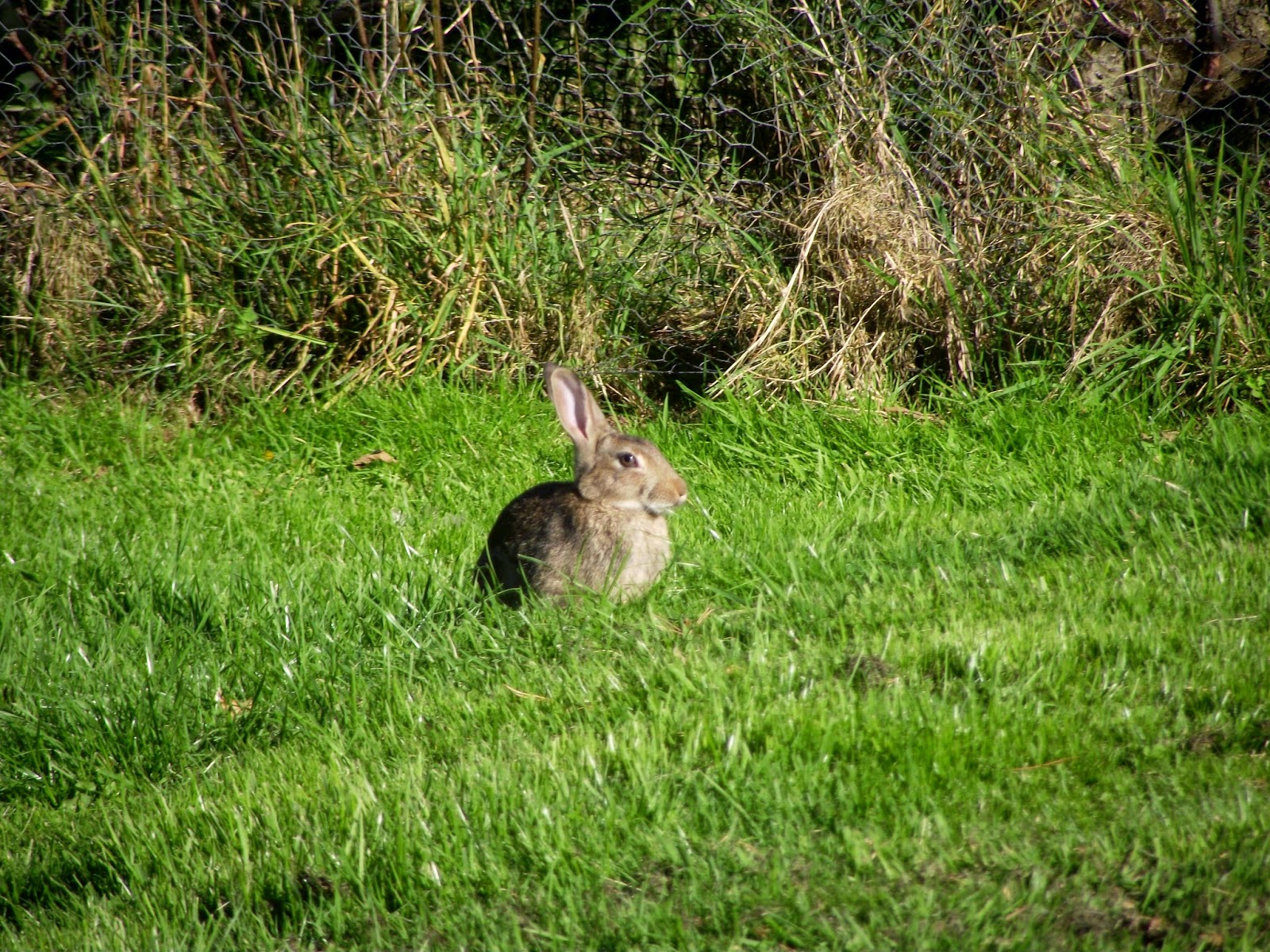 We were right on the border between Wales and Herefordshire and kept hopping between the two. On our journey down to the holiday house we crossed the Severn Bridge into Wales and visited Caerleon, which is built around the remains of a Roman town. We went to the Roman Baths, the Amphitheatre and the National Roman Legion Museum, all of which provided a fascinating glimpse into the past.

On our second day (Sunday), we wandered around Hereford, pootling around the shops, sending our first postcards and buying maps of the area. We stopped for a coffee next to a fantastic old house (Tudor maybe?), even Elvis came out for a peek. 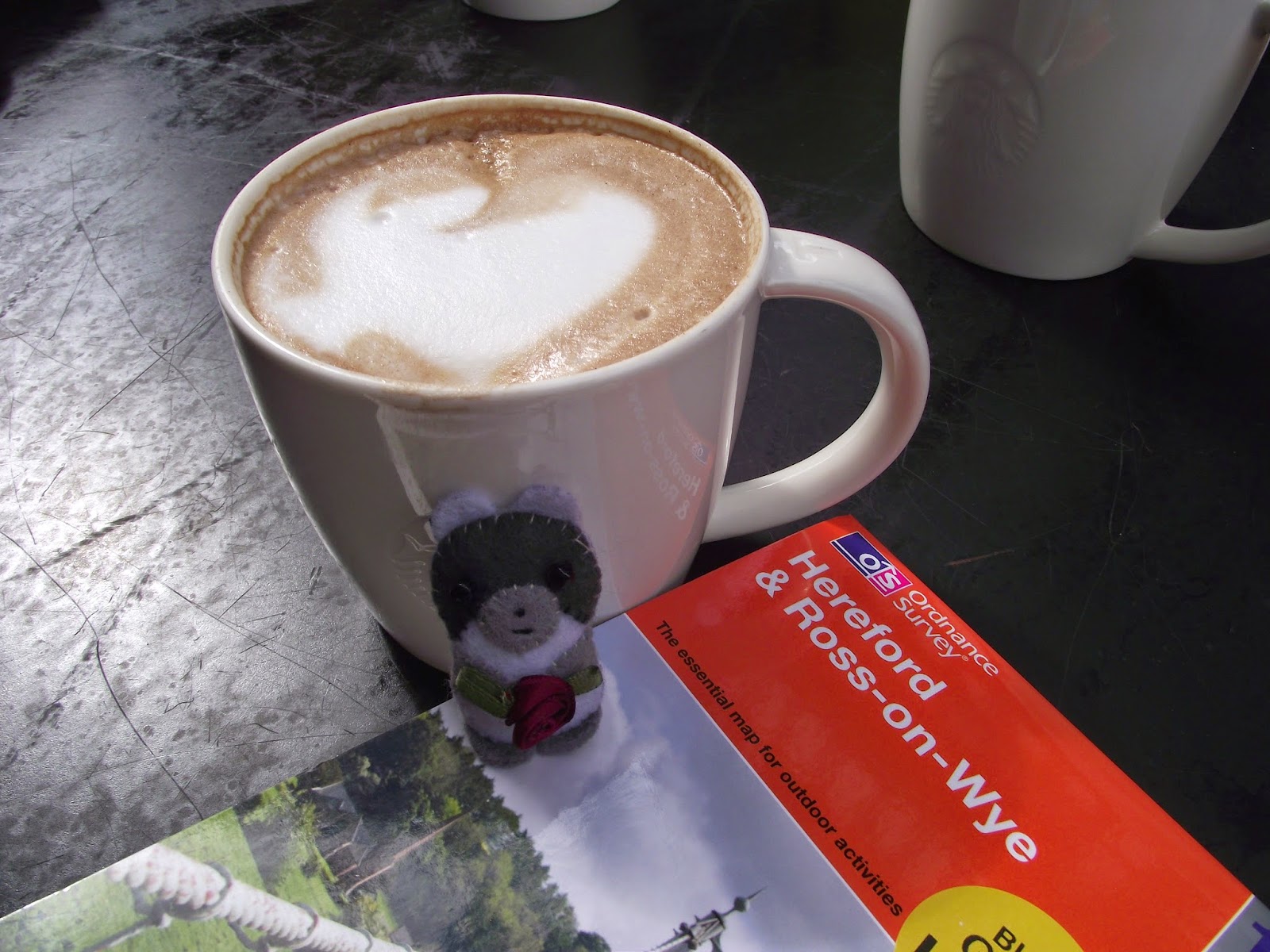 There was the Abbeydore village fete in the fields behind our holiday home in the afternoon so we went back to join in the fun. Dad won a bottle of wine in the 'Pull The String' game, and also correctly guessed the height of the dog, winning himself some jelly beans and a mug (he was very pleased with that).
That evening we ventured out once more, driving up to Longtown Castle. The best bits about these castles is usually the views they give of their surroundings, and although there wasn't much left of this castle to see, it was a lovely end to the day. 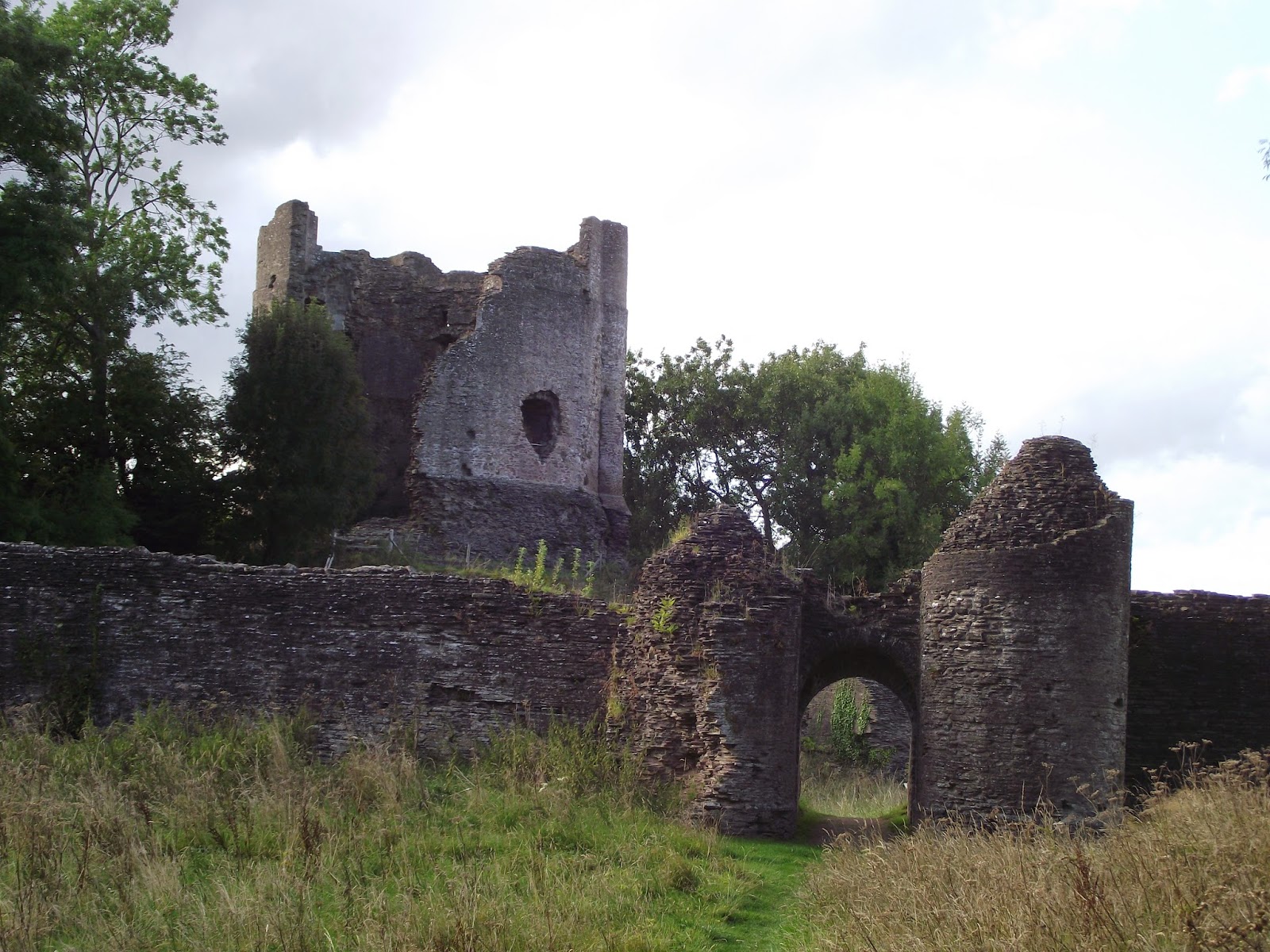 On Monday we were castle-ing once more. This time at the much more impressive Raglan Castle. 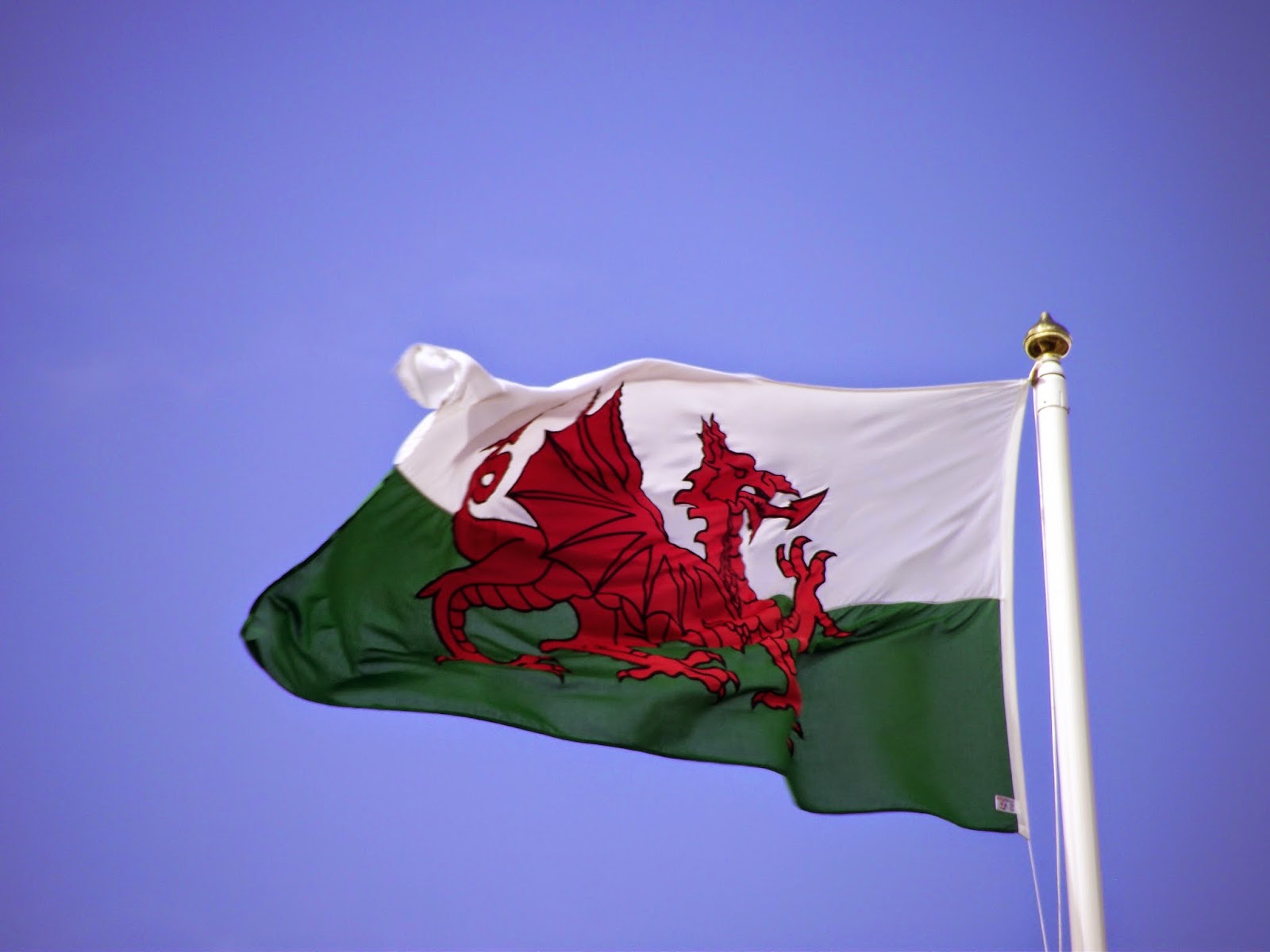 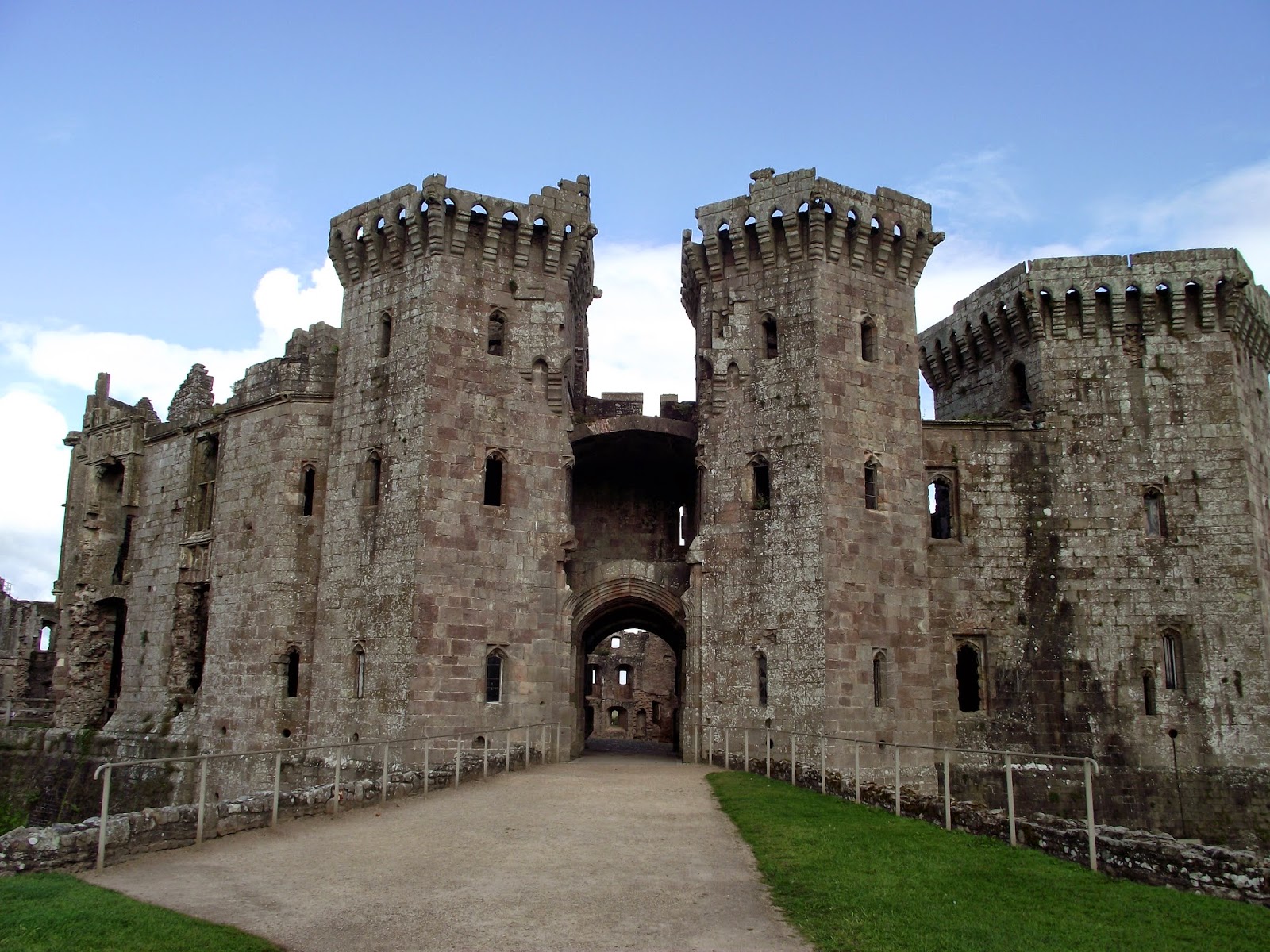 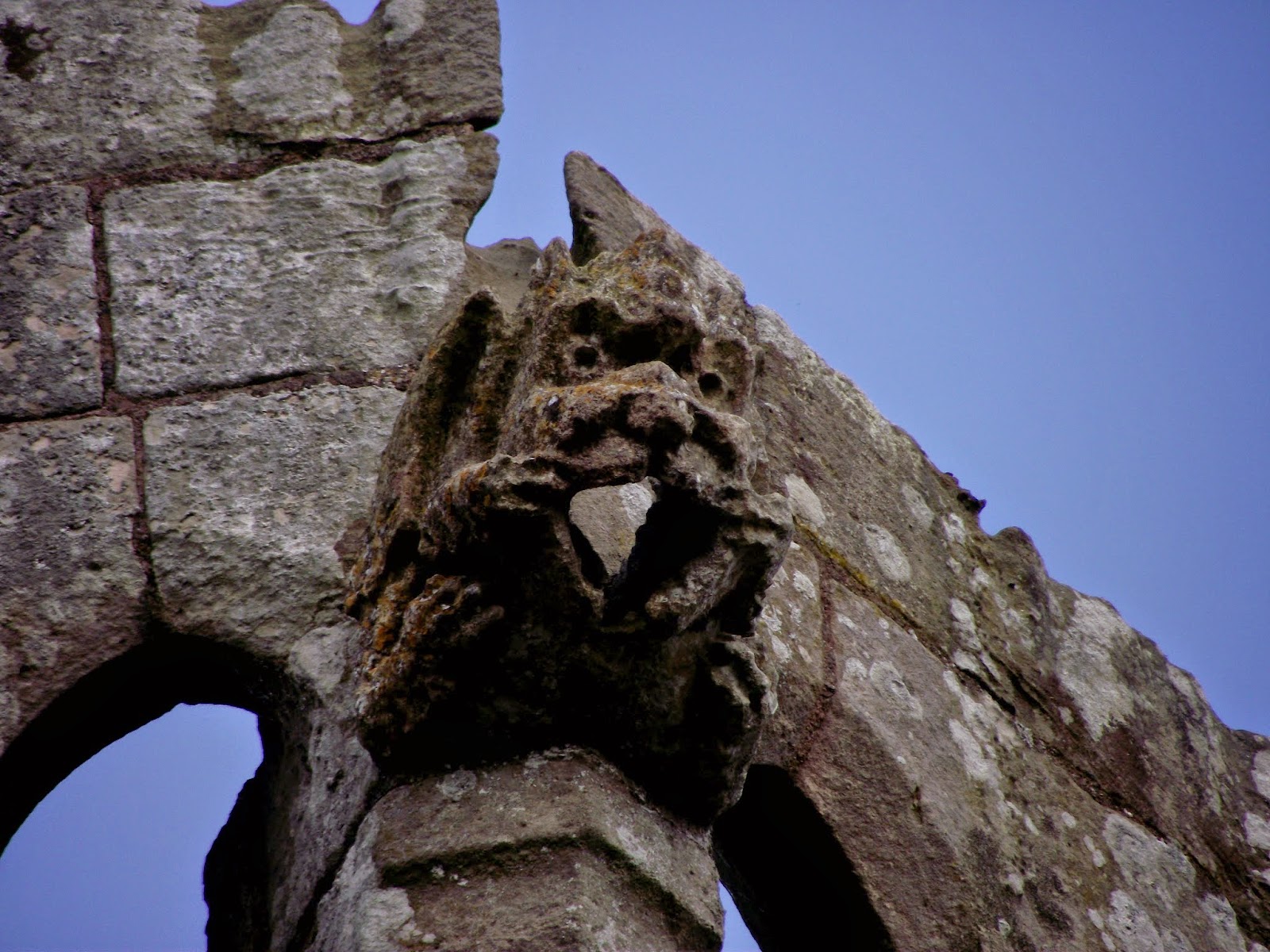 The details in the stonework that have survived over time are incredible!! And the emphasis on decorative features was amazing, there were crests and faces and gargoyles and all sorts of things! 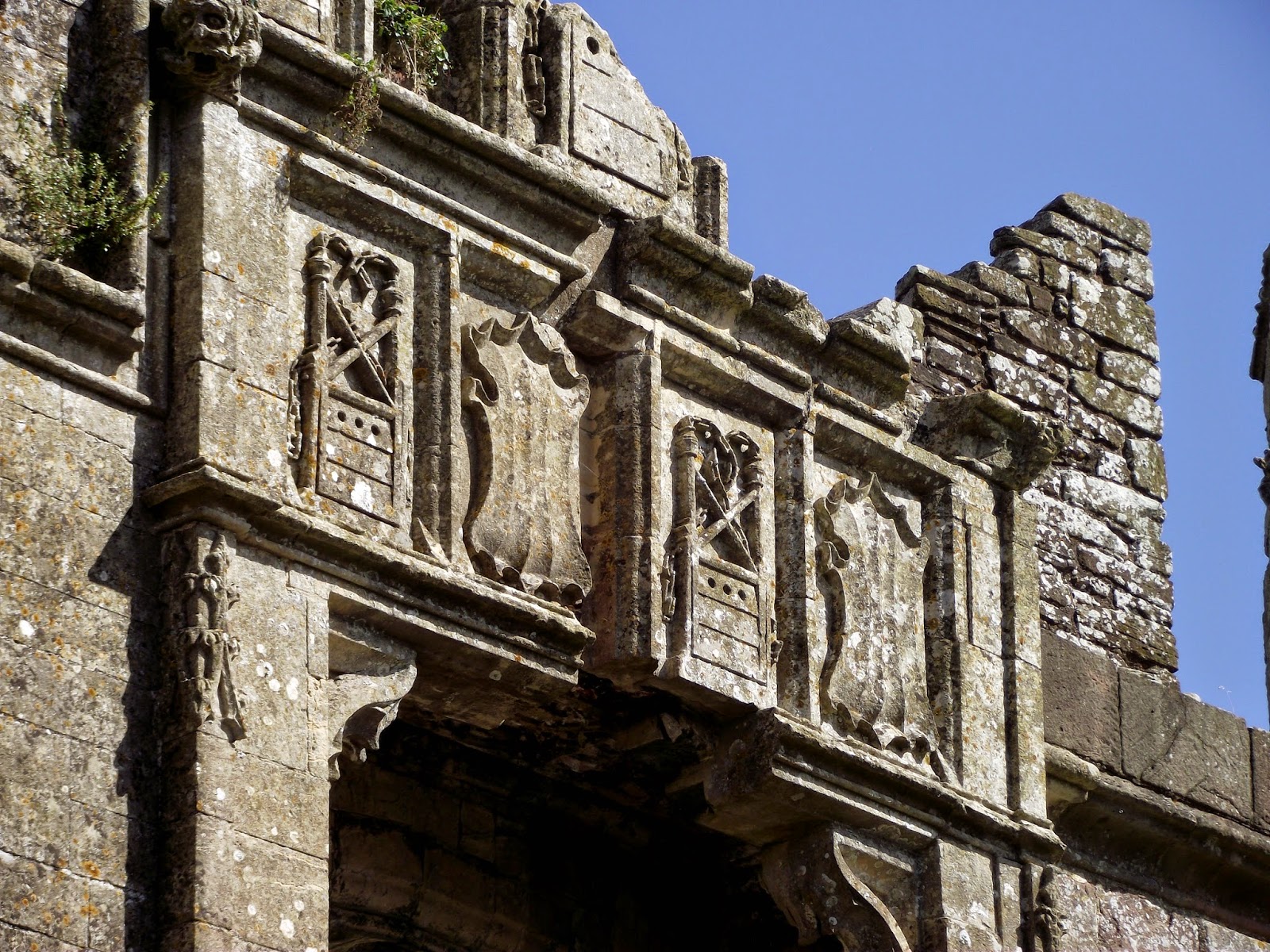 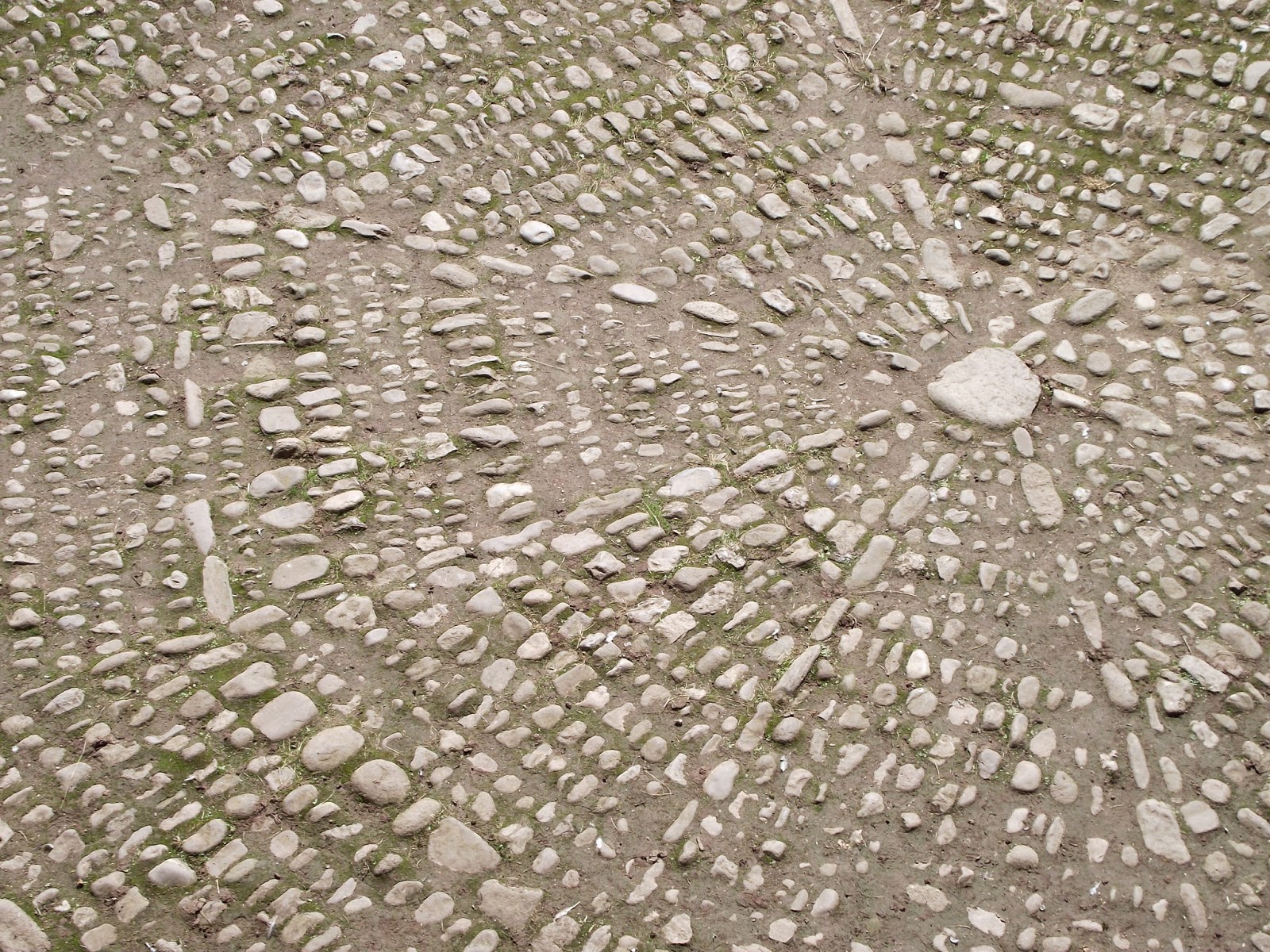 Whilst up high and enjoying the view, we actually met a descendant of one of the families who used to own Raglan when it was lived in. He had returned to see the 'family home' with his wife to celebrate their 50th wedding anniversary. Apparently there are over 42,000 relatives now in his family tree!

Sections of the castle are being very gradually and sympathetically refurbished, so some staircases are being put back to how they might have been- much easier than climbing the remains of the crumbling, uneven stairs we are used to with castle ruins! 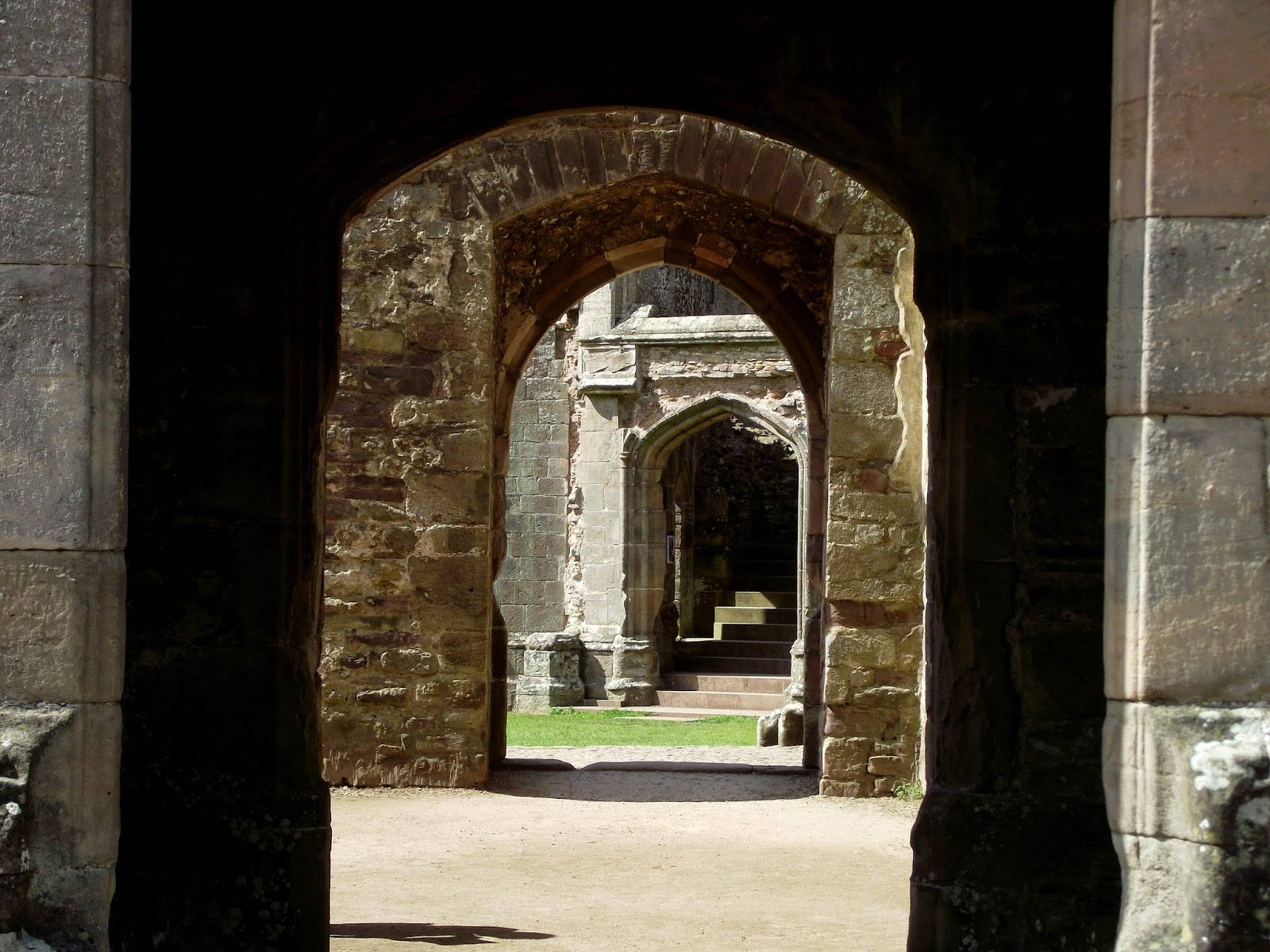 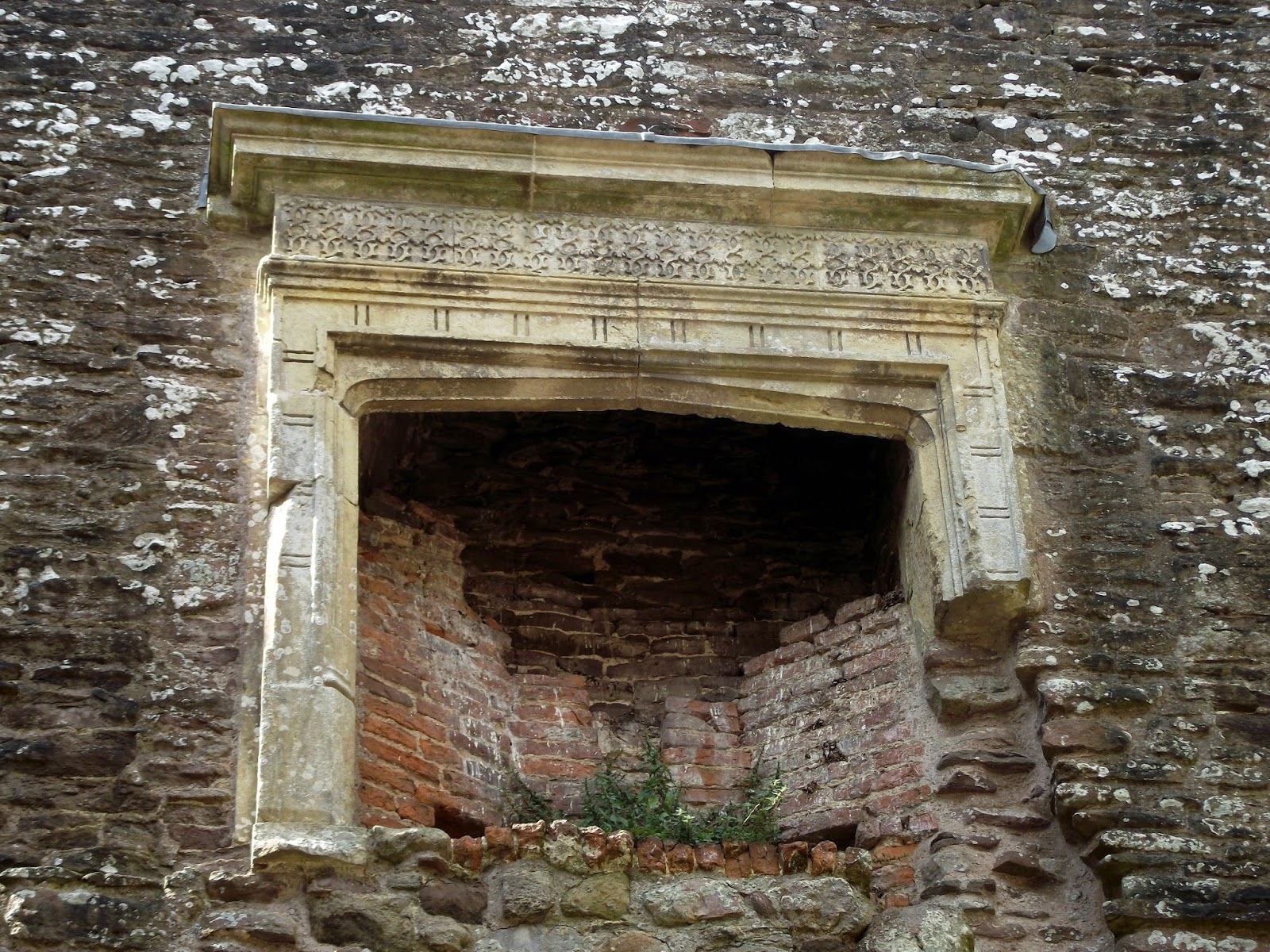 I loved this room, with its abandoned, flying staircases. Still with such ornate detail carved into them. 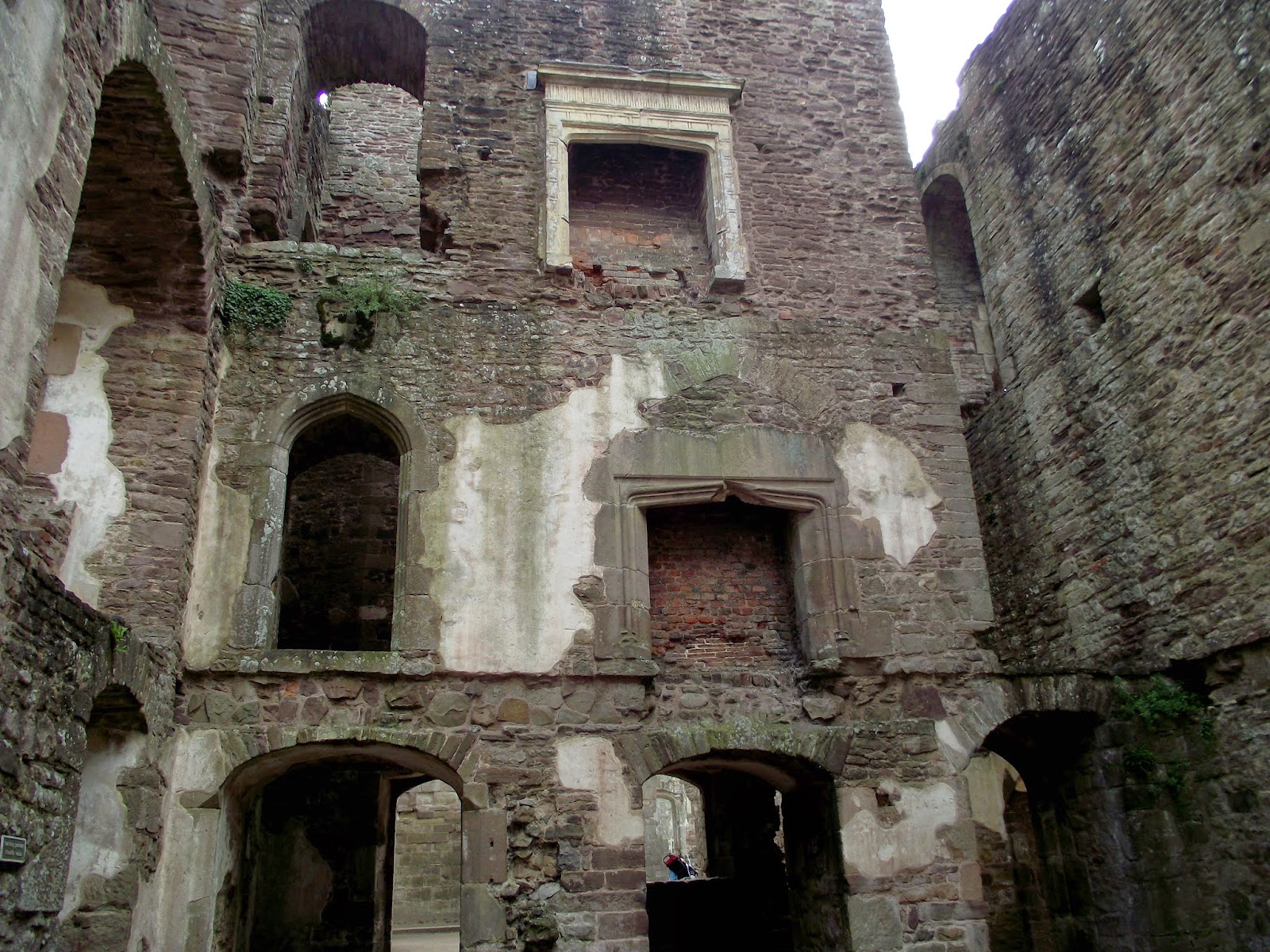 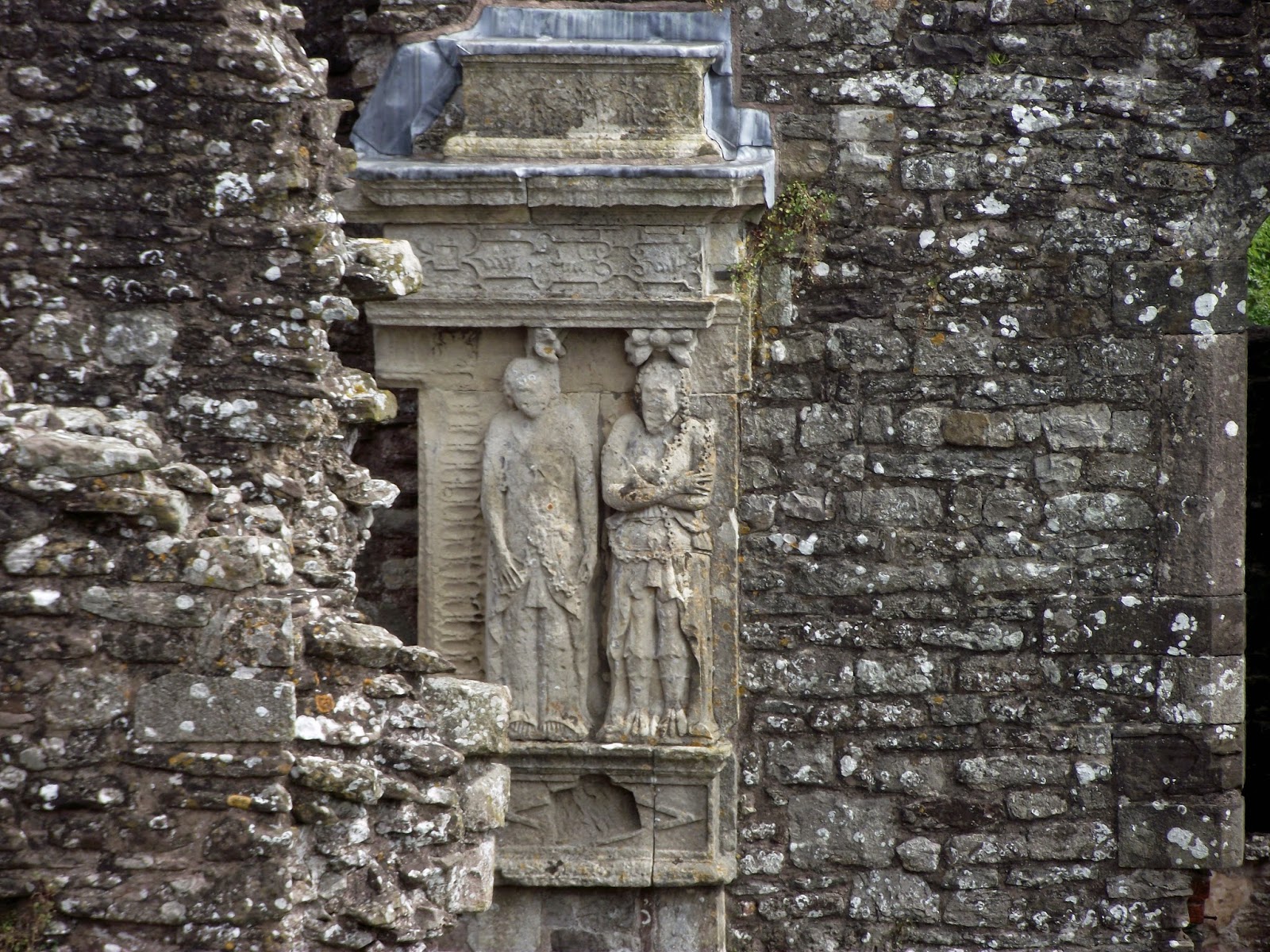 In the afternoon we visited Clearwell Caves which was absolutely amazing!! You take yourselves round through a network of tunnels, partly mined (for iron ore and ochre pigments) and partly naturally occurring. It had little ponds built into it by the miners to provide a water source whilst they were down there, and there were lots of little areas of plant life where the lights were, making the walls green and fuzzy. Not good for photograph taking though.
I'll leave the holiday run down here for now, but do tune in for the next installment- lots of interesting things happened!
Posted by Beth at 03:46