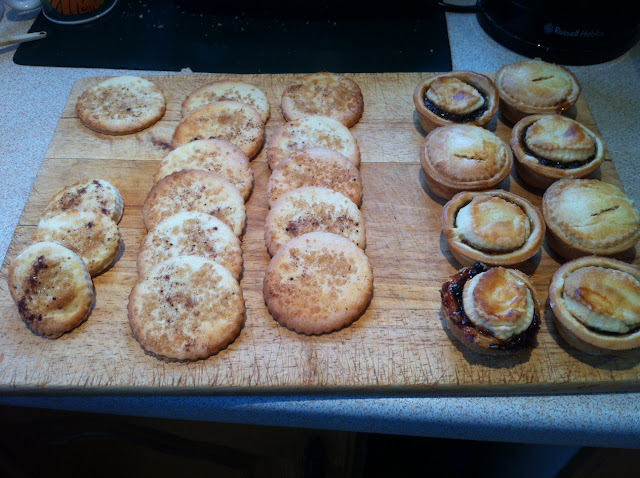 ❤ Christmas baking!! Deep filled mince pies (pre-made pastry I'm afraid- pastry is not a baking forté) and nutmeg biscuits. They tasted delicious and only one of the mince pies exploded in the oven! Result! 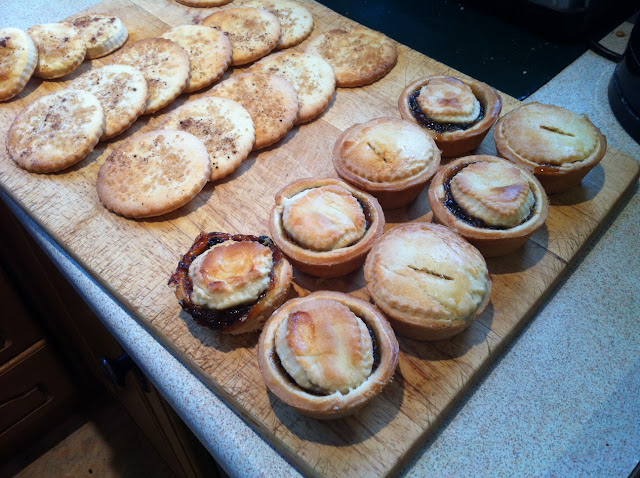 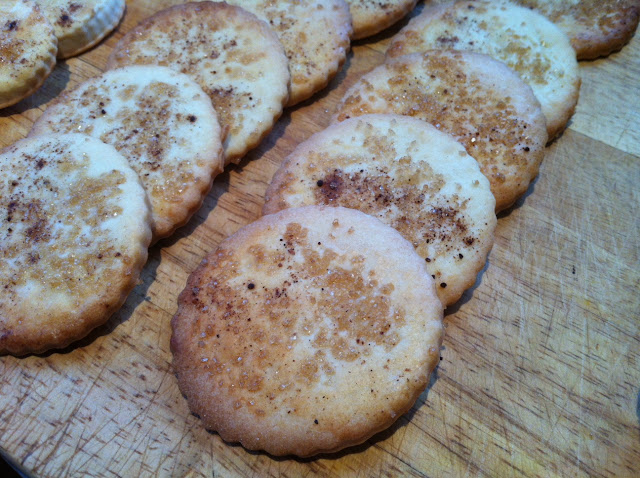 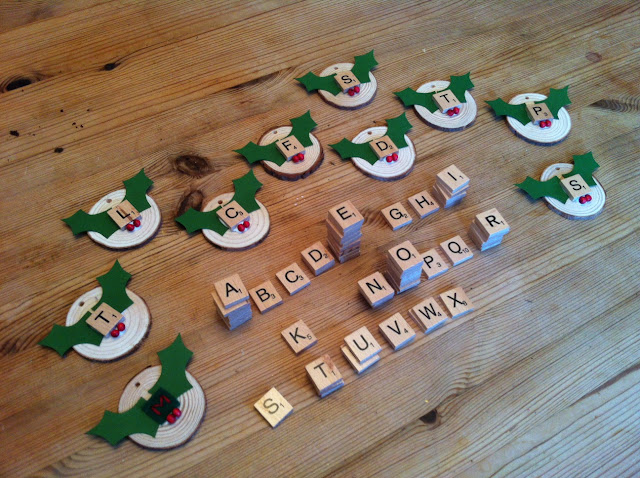 ❤❤ Making homemade pressies for the girls at work. It wasn't what I had planned to do initially as I wanted to use my soldering iron and try my hand at some pyrography style work but would you believe I couldn't find the darn thing?! It will turn up eventually I'm sure. On the spur of the moment I came up with an idea to use some leftover scrabble piece letters which I had bought to be part of another handmade present. I added a few other embellishments to the letters; card holly leaf cut outs and some red beads. Once they were all dry, I used bakers twine to make loops so they could be hung from the Christmas tree. 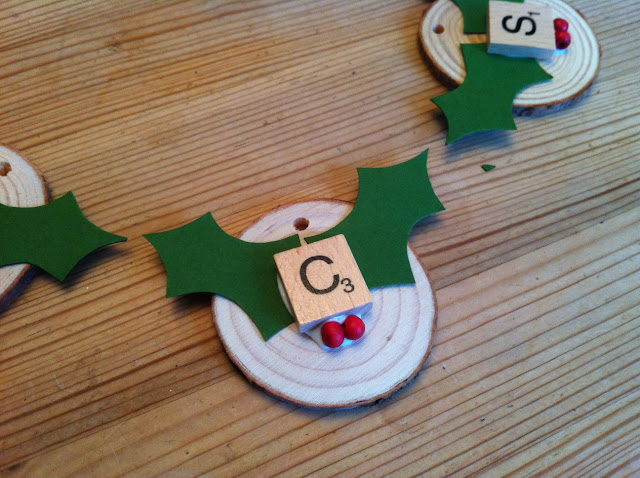 I have lots of the wood slices left over and it's given me an idea for next year! A wood slice wreath!! 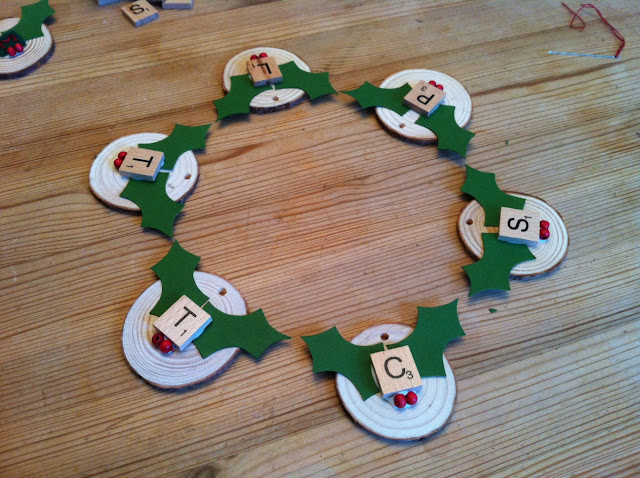 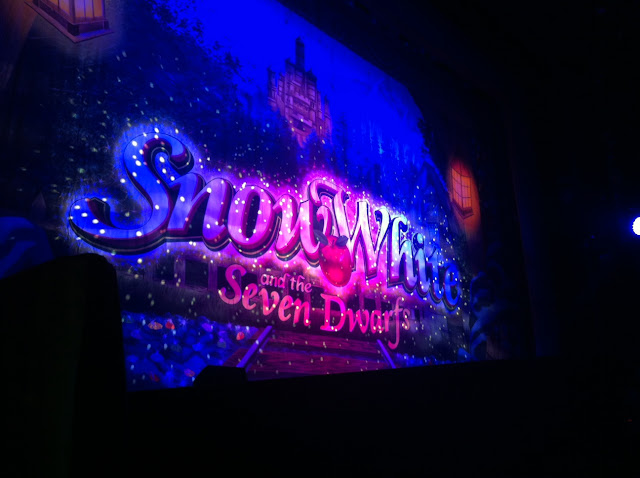 ❤❤❤ Last Friday we went to see the panto (as is our tradition). This year it was Snow White & The Seven Dwarfs. We sat right in the very front row, a first for me, and I had a terrible fright during a scene where the Evil Queen was summoning her demons to cast the spell on the poison apple, when I turned slightly to discover an evil wolf stood right next to me waiting to pounce onto the stage!! The whole performance was brilliantly funny and full of enthusiasm. 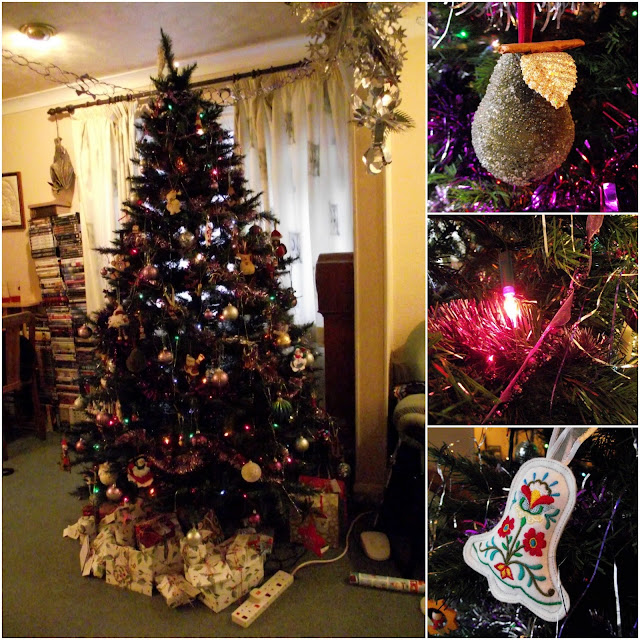 ❤❤❤❤ Last weekend we finally put up the big tree as The Brother graced us with his presence in coming back from university (we had to wait for him to come back) and it's feeling really festive at home now. There are presents all around waiting to be given out and we had good fun rediscovering decorations from last year, like the machine embroidered felt decorations gifted to me by a friend last year. 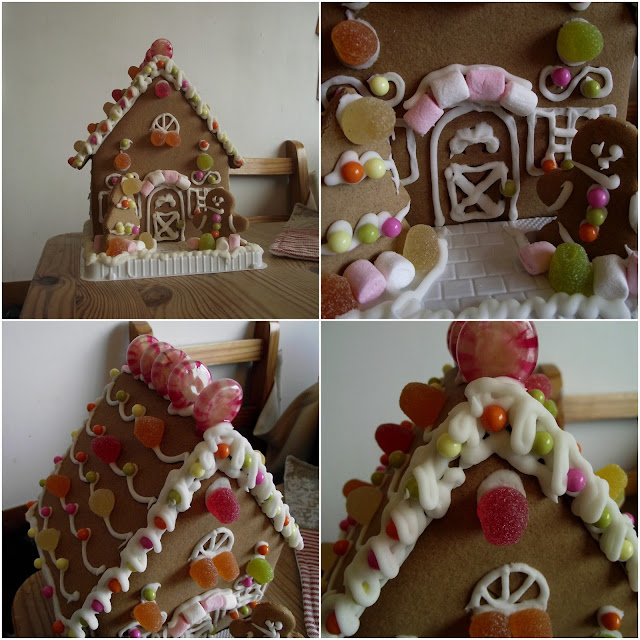 ❤❤❤❤❤ I helped decorate a gingerbread house yesterday with The Mother. It was a pre-made kit of gingerbread shapes so we just put it together and iced it! Such simple and tasty fun! 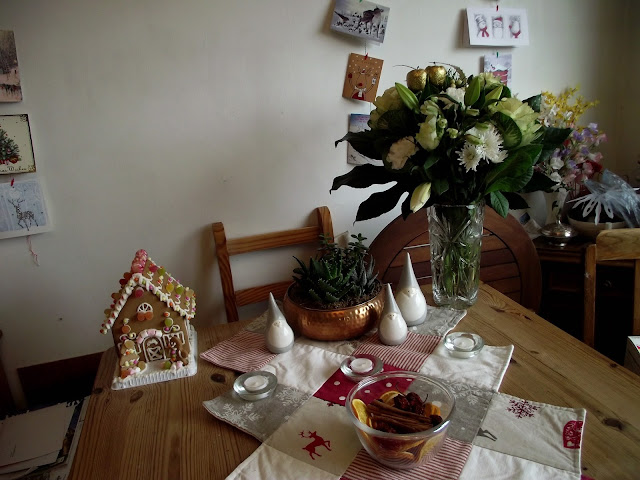 ❤❤❤❤❤❤ We are starting to set out festive tables (well, I am) and I am pleased to see the return of my Christmas table runner! I originally made it in November 2014 (see post here) so this is its third Christmas! I love creating a seasonal tableau on the end of the table- it has a bit of a Scandi feel this year, especially with the addition of my grey ceramic Santa gnomes. 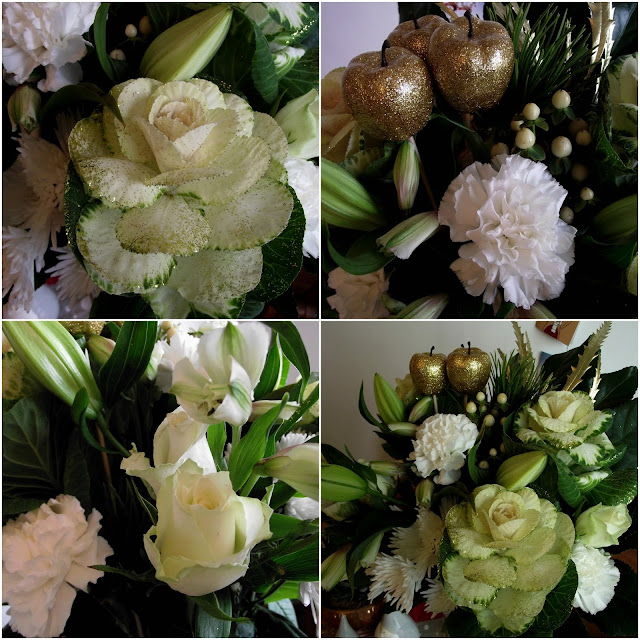 ❤❤❤❤❤❤❤ We have had a couple of the most beautiful, glittery flower bouquets gifted to us. One bouquet is so enormous it has three cabbages in it!! I really love cut flowers and the arranging of them, trying to create different heights and complimentary arrangements. 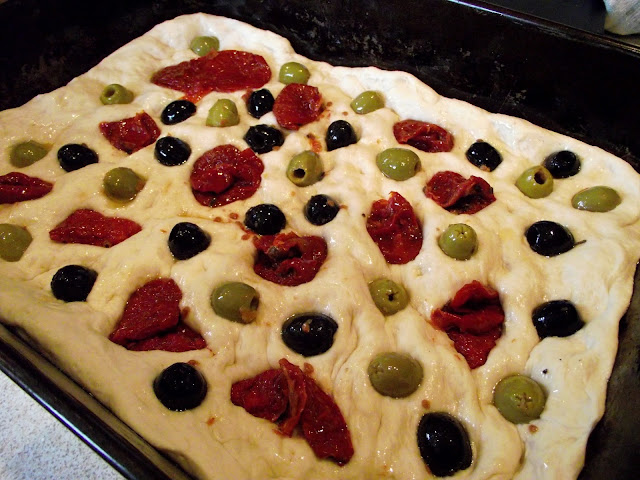 ❤❤❤❤❤❤❤❤ The Brother has bought home with him a new found obsession with baking foccacia (a herby bread designed for tearing and sharing). It's delicious and he adds sun dried tomatoes, olives and Rosemary- the photo is pre-Rosemary- which makes it look very festive even if it isn't a traditionally festive food.