I don't know where this year has gone, I really don't! Summer appears to be over for us Englishers- although to me it seems as if places like Spain and Italy have pretty much stolen our sunshine as the last week or so has been cold and miserable. I could even see my breath misting in front of me whilst waiting at the bus stop one morning, and it is noticeable how dark it is getting earlier in the evenings. Perhaps we will get some late summer sunshine in the next couple of weeks?

Things have been rather hectic over the last couple of weeks what with one thing or another. These fabulous panoramic views are from a picnic had on Saturday on our way home from Waddesdon Manor. We stopped off at another National Trust site called Box Hill, based on this viewpoint over the North Downs, as a place to stop and have a picnic tea. Considering the downpours and thunder storms we'd had during the day, it's amazing how clear the sky was! 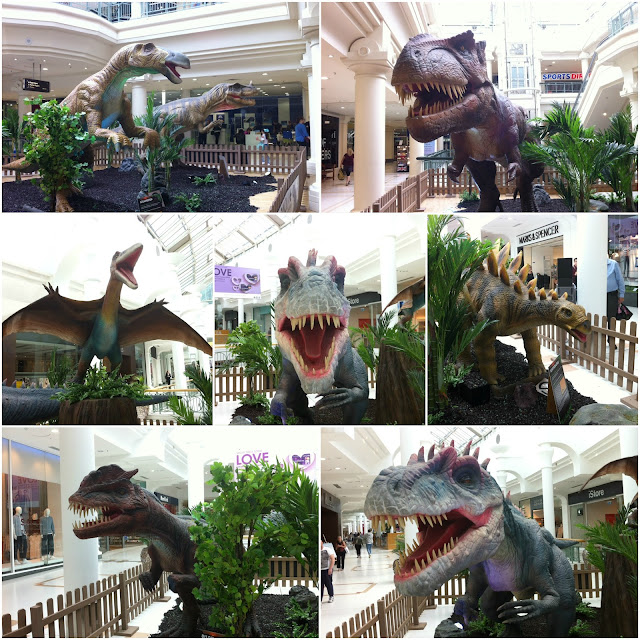 Dinosaurs came to the town where I work this week. They are motion-sensored and moved and roared and blinked and everything! It was very exciting! 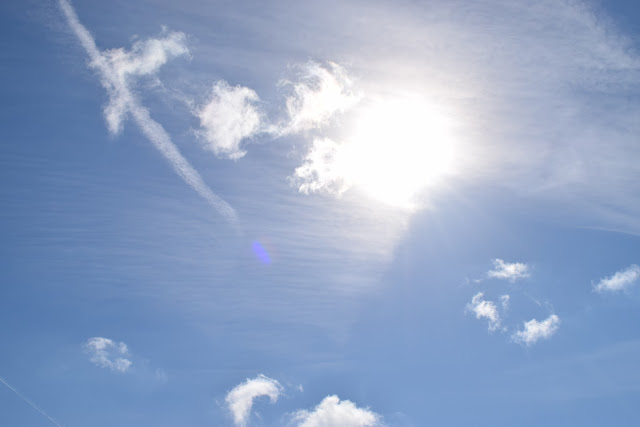 A hugely exciting thing for me was the arrival of a new camera!! I've plumped for a Nikon DSLR camera which came with a fabulous carry case, an extra lens, memory card, cleaning equipment.... the full works! I've been testing out the various controls and buttons and gadgets to see what I can do- do you think you notice a change in the quality of the photos? The images on the new Nikon start with the blue sky above and the below photos are mainly my testing out the various zooms in the garden. 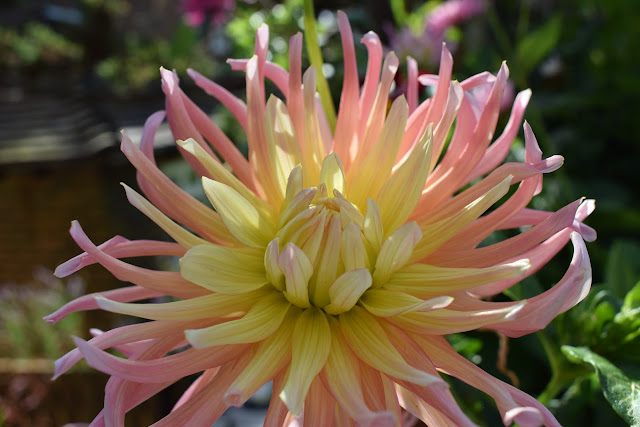 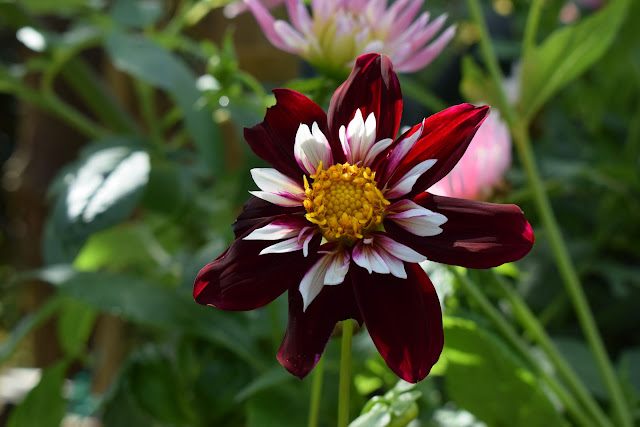 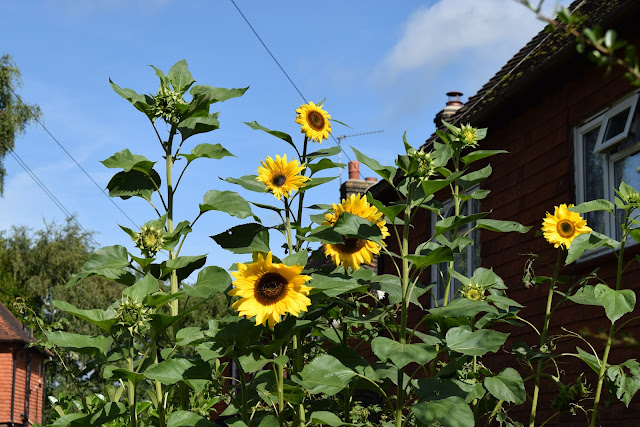 We have such a beautiful Sunflower patch. Well, we have two patches actually but this is one of them. The poor things are looking slightly battered now as we have been experiencing a brisk breeze (which translates into 'it's been bloomin' windy!') which has caused them to bend and sway like little ballerinas. We tend not to buy special seeds for the Sunflowers, rather, Dad goes around underneath the sunflower bird feeders and picks out the little shoots, collecting them together and planting them all out in a little Sunflower nursery. It's very sweet, but definitely pays off when it produces such glorious sunny heads. 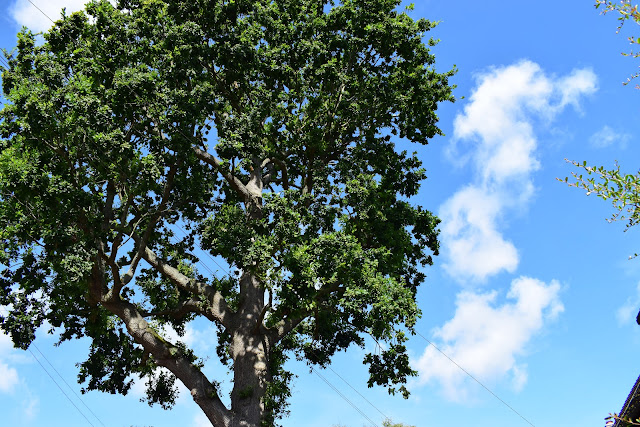 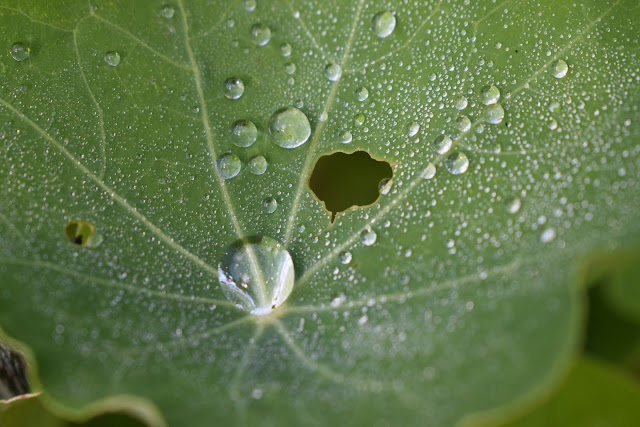 I really love the above picture! Such detail in the little water droplets. Swoon! 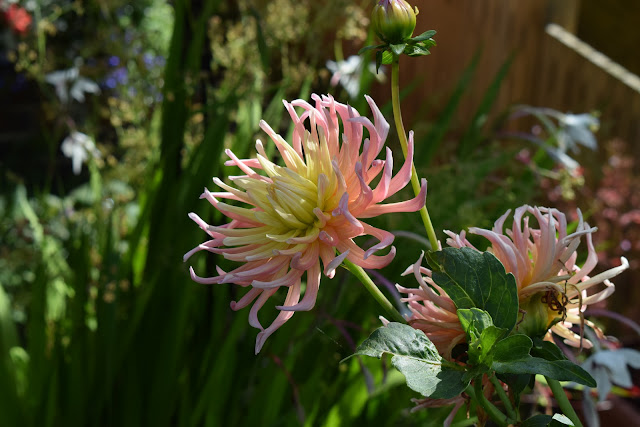 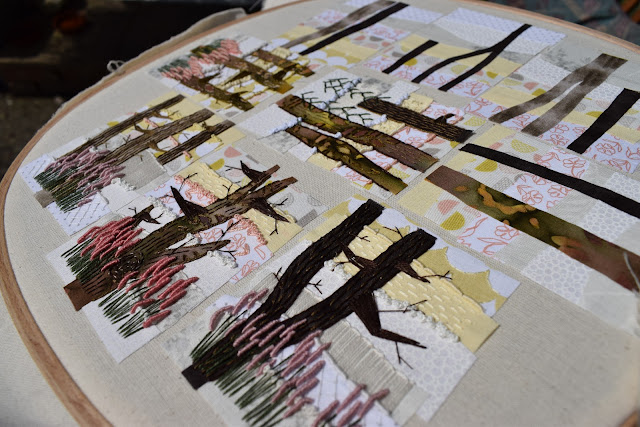 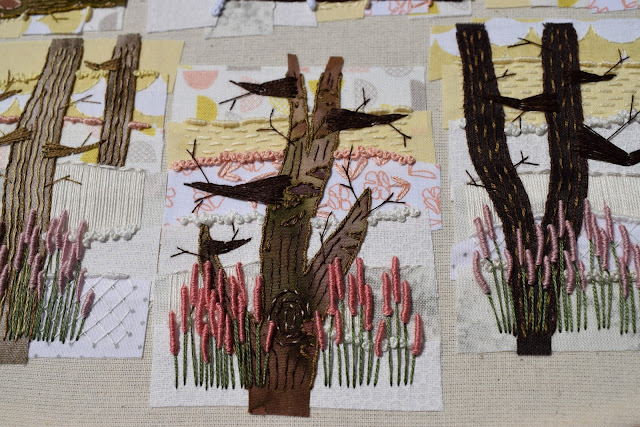 My stitchscape minis are coming on rather slowly. I've put this hoop down temporarily as I'm trying to crack on with my Winterberry Stitchscape which is progressing even slower as it's only being worked on during commuting and lunchtime hours, both of which have been interrupted with various things. Currently I only have a couple more layers left to do on that one and then the overlaying details, so I might be able to get back to these minis over the weekend. For now though I have four completely finished and a fifth with just the remaining branches to go until it's completion- so I'm over half way through the hoop! It will be an exciting moment to get the card backings stitched on and the little individual minis cut out and packaged. 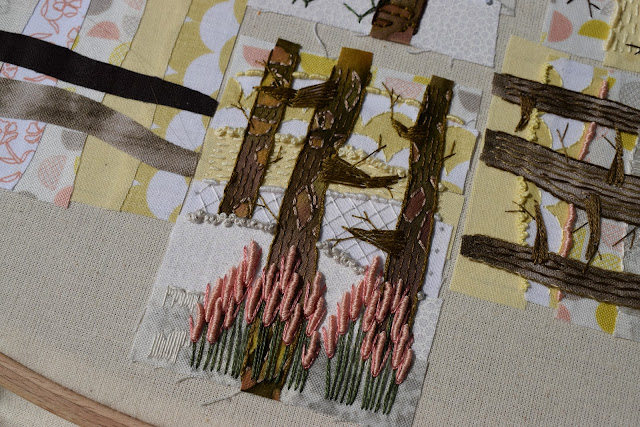 Although they are all very similar, I've been trying to give them all their own little unique features. Generally it's the different combinations that make them look different, even though the fabrics are being treated in the same way. There are a lot of bullion knot flowers going in at the fronts of these bare, wintry trees, but I've added some fly stitches in a darker pink tone to these knots to give it a different look. 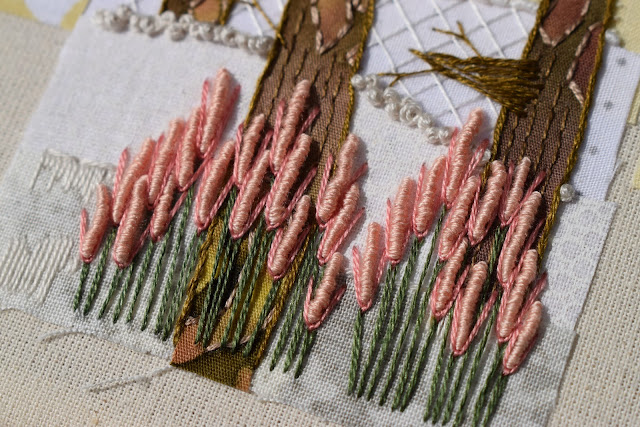 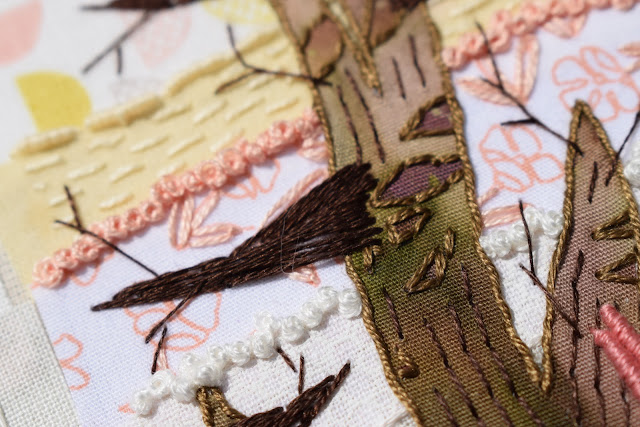 The branches are so sweet. They are made with roughly grouped straight stitches to create the branches, finished with the skinniest of little branches (using a single strand of embroidery floss)- kind of like the ones you'd use to make Snowman arms. There are no leaves on these twigs as the stitchscapes are 'set' in the deepest of Winter seasons....which doesn't explain the flowers, but perhaps they are just hardy ones? 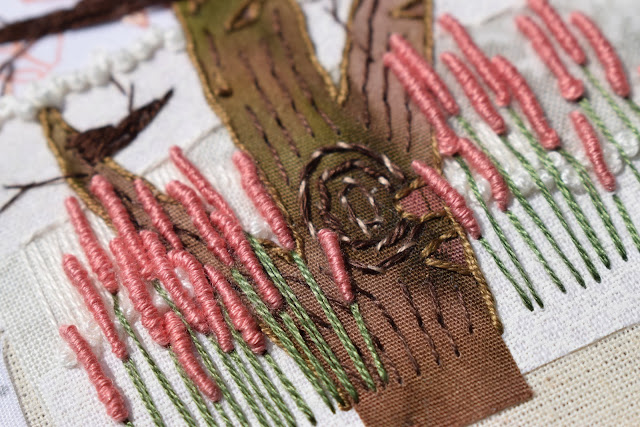 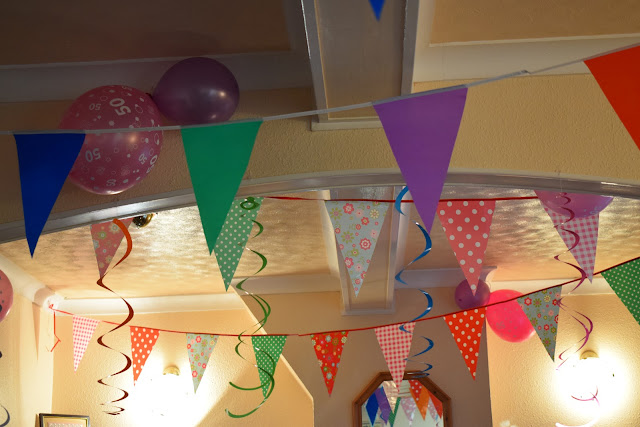 Monday was The Mother's actual big birthday, but we had a family party on the Sunday and invited our closest relatives for a slap-up buffet tea with a selection of handmade scones and fruit tarts, along with a double tiered chocolate birthday cake complete with sparklers. We decorated the sitting room with bunting, dangly things and balloons, and the kitchen was decorated with streamers and some more dangly things- most of which are still up because The Mother likes the look of festivity (and it drags her birthday out even longer...). All of the presents went down really well and consequently there has been lots of playing with new toys all week! 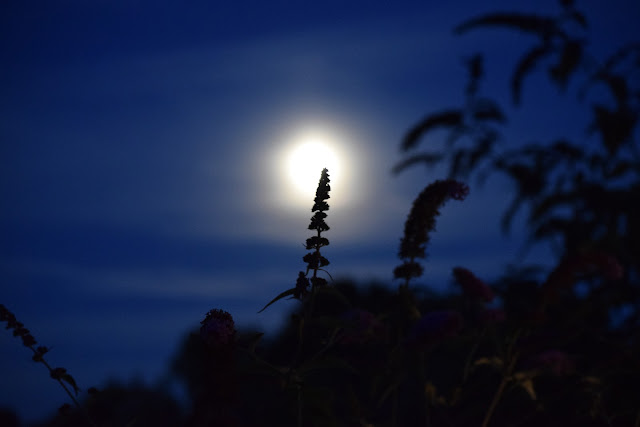 I'm hoping to get back into the studio this weekend as I haven't had a proper studio Saturday for several weeks! Perhaps I might be able to finish my Winterberry stitchscape in time to mount that one up and show you the completed  piece. For now though, it is most definitely bedtime, so I will leave you with these rather cool photos which were taken whilst testing out my new toy on the moon! 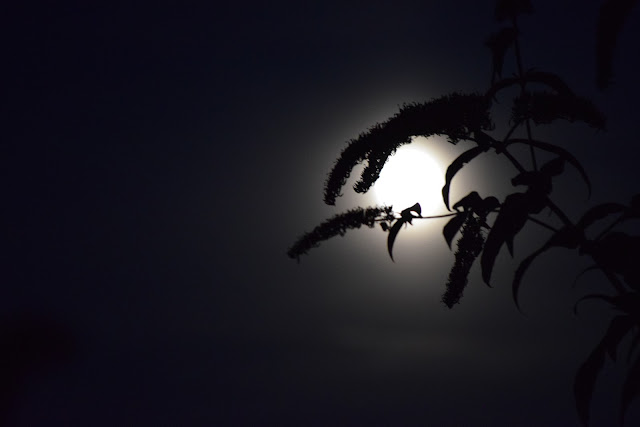