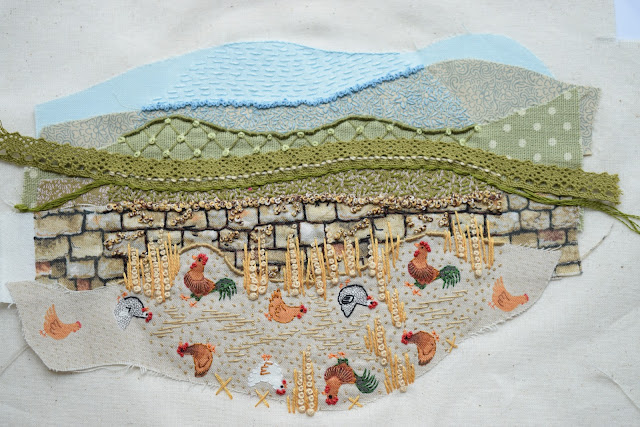 So many chickens! And most of them upside down, the crazy birds. I have no idea what they are doing, perhaps they are just having an afternoon nap, or practising yoga? Anyway, it's enough to make me toy with the name 'Wonky Chickens' for this stitchscape.
This was a piece I put together as a demonstration for a class I was teaching. I like to rotate round my demonstration pieces so after a couple of classes I will pick it up to start sewing on and make some more for the next class, it keeps things interesting for repeat students and means I am never without a project! 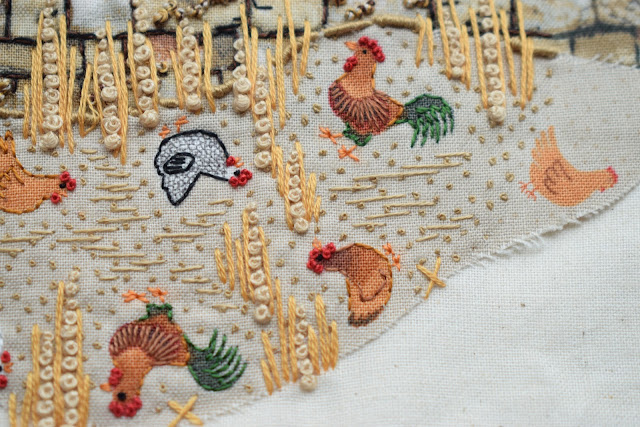 Because it was a demo there wasn't really much thought put into form and structure, or even fabrics to be honest. Other demos I did at the same time concentrated on different layouts (trees and mountains) so this one was more of a 'wiggle-and-see-how-it-goes' type of a layout for students who aren't really sure on a specific image. I worry now I've finished it that the combined layers are too busy, the wall doesn't stand out enough, there isn't enough contrast between the layers....not that I really know exactly what I would do differently to improve on it, and I don't dislike it completely. Ho hum. 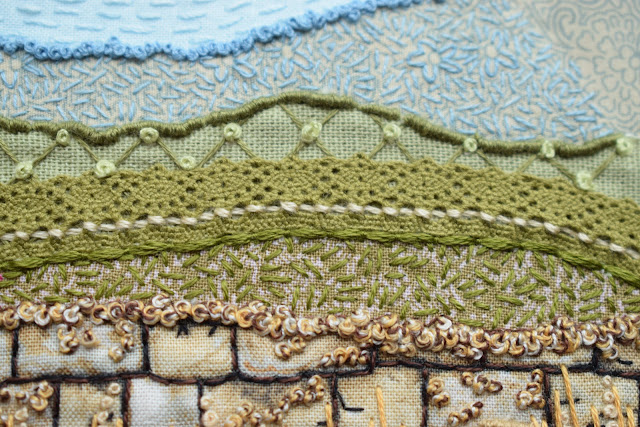 I added in a strip of lace one I'd finished the majority of the layers as I didn't like the way the polka dot was looking, bringing the edge of the lace very flush with the couched embroidery thread edging the below piece. I'm quite chuffed with how neat it looks! It was then all too green in that middle section so I used the same colour thread I had used to create the french knot stems in the chicken layer and wove it around the spokes in the lace design, wrapping the thread around each spoke from the underneath. It is a nice idea to balance out an image by taking colours and carrying them up through; bring blues down from the sky into flowers, green from the top middle down to the bottom, yellow from the bottom left to the top right.... It doesn't always work out that way but may be something you might want to consider if you want to bring a piece together and make it look more cohesive. 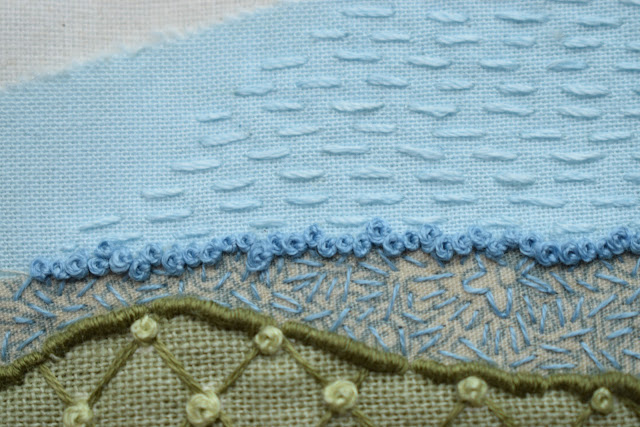 Other layers are my usual simple stitches, rows of running stitch, seed stitch (this time with some detached chain stitch petals mingled in and following the line of the pattern underneath, can you see them?), back stitch to create a large cross-hatch with french knots on top, bullion knots to finish the edge... 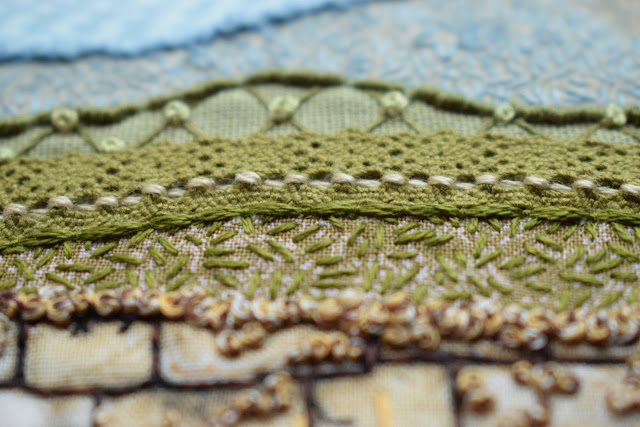 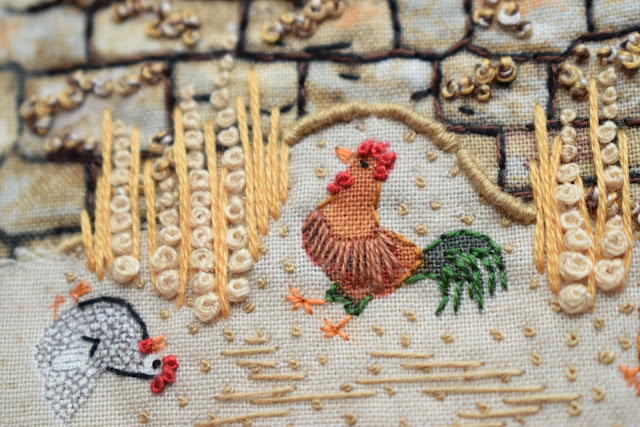 The french knots at the top of the wall have been made using a single strand of four different colours twisted together to make a new stranded colour selection. It is very random and looks quite cool I think- each colour has been specifically selected because it matches a colour within the wall print. The bricks themselves have been outlined with back stitch using a black and brown single strand combined together to make a double strand. There's nothing to say that you can't create blended colours if one just doesn't cut it on its own!
The chickens themselves have been kept very simple, single stranded back stitch around the body outline and wings, orange straight stitch feet, single strand fly stitch beaks and double strand, single twist french knot topknots. They are lying on a ground made up of single strand, single twist french knots covering every spot in the original fabric, with some straight stitch lines that help build up a ground texture.
So what do you think? Is Wonky Chickens a fitting name? 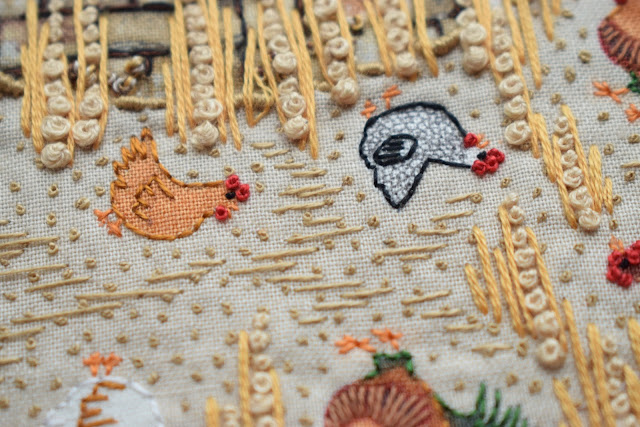