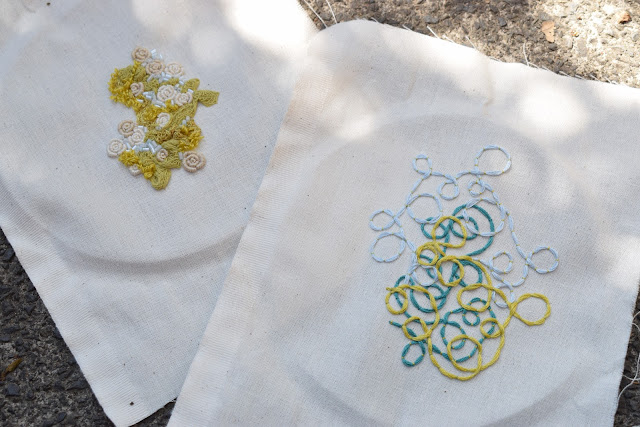 I've been setting aside some time for myself to play with leftover threads and fabrics. With all of the kits being made up there's often a lot left which would be considered wastage as it isn't large enough or long enough to be put into the kit.
I can't waste these odds and ends though and they all get put somewhere for the next time I need to work on something mindless, which doesn't have to be neat or perfect, and can be stuck into my sketchbook to inspire students in my workshops. 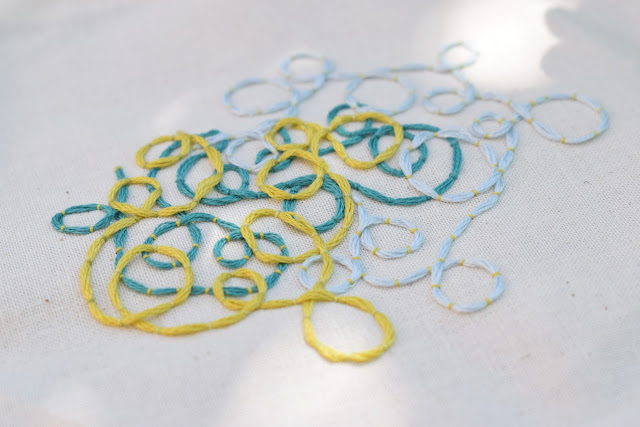 I often over-complicate my samples and get bogged down but sometimes it's the simplest techniques that can fire off the imagination. This example is just couched threads using the full six strands of embroidery floss and looping it in random directions. I've couched it using leftover single strands of other embroidery flosses so sometimes there's a contrast in colour and sometimes there isn't. 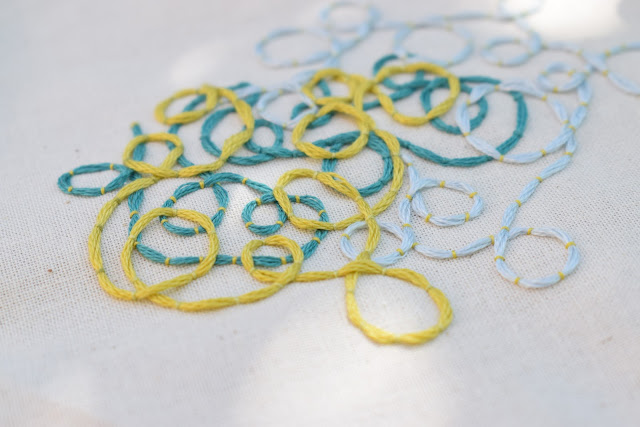 It could have been taken further with experiments in changing the thickness of the threads, using yarn instead of embroidery floss, making the couching stitches bolder and more of a contrast in colour. Blank sections with loops could have been filled with other stitches like some kind of Picasso painting or I could have not looped new colours over previous colours but kept them all separate as a patch of colour. These are all ideas that could stem from this one sample which took probably about half an hour to do so well worth it. 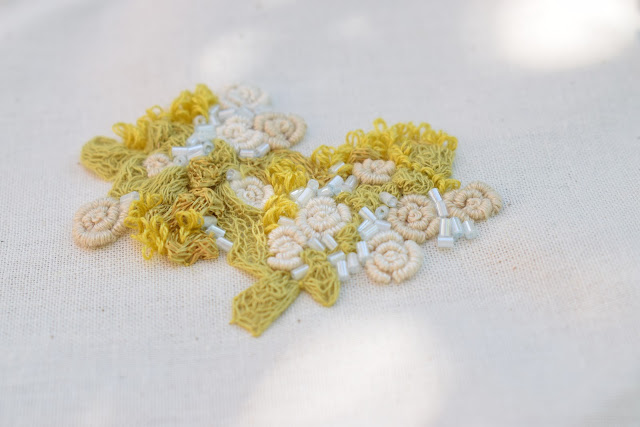 This is an example of a sample that ran away with me! I was rummaging through my stash draw for odds and ends and came across the gorgeous tube yarn that I was given at some point and used in my Barnacle Bay Stitchscape as seaweed. I loved worked on that piece with the real shells in it and wanted to have another go at creating that seaside feel.
The tube yarn was couched on in big loops and then, because it's knitted and has a lot of give in it, the loops were stretched and stitched to create bobbles or flatter areas where you can see the structure of the yarn. On top of this I worked a moss stitch (a bit like seed stitch but you don't pull the thread all of the way through on the front, leaving a loop on the surface - you do have to be careful not to pull anything too hard with this stitch!) in green to add a different texture, and bullion knot 'barnacles' using 3 strands of embroidery floss so they're quite chunky.
I have several tubs of little beads and I had a light bulb moment with some fabulous ice blue tube beads, gathering them in clusters so that they would hint at trapped water in my little rocky seaside crevice. Definitely a fun little sample for my sketchbook! 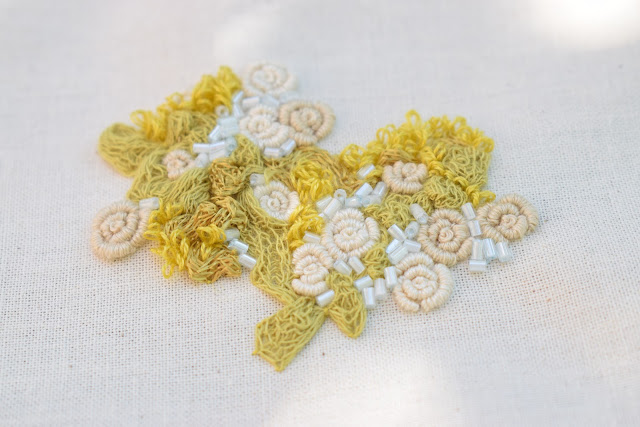