Hello!! We are back from our little family jaunt up Oxford way, having had a great time and some truly brilliant weather! The whole family had managed to get this week off of work with the idea of having a proper holiday but The Brother's A Level results came out today so we had to plan to be back for then (all good results- huzzah!). Instead we had a mini holiday which was rather nice and on the first day we sauntered up to Blenheim Palace as it was somewhere The Sister has nagged us about going to for several years. 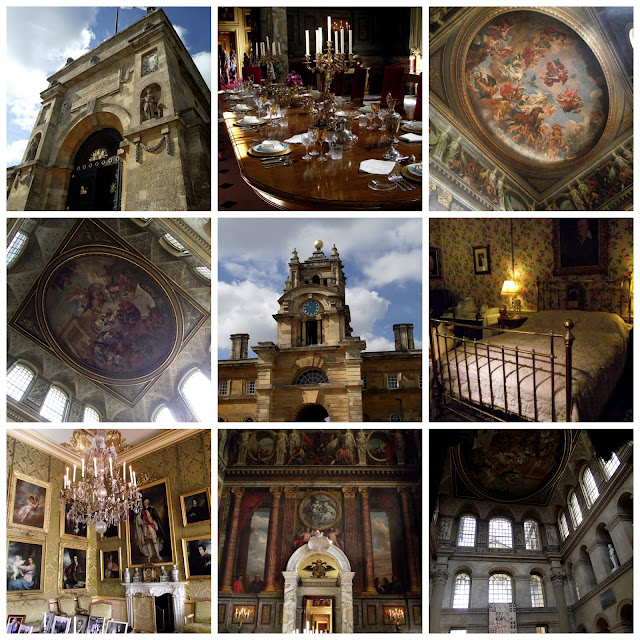 The place is absolutely vast(!) at over 2000 acres of parkland, with a Palace that could probably fit our house in it hundreds of times over. The park was designed by Lancelot 'Capability' Brown, whose name gets bandied about a lot if you are a serious National Trust goer like us (Blenheim Palace is not National Trust however). It was gifted to the 1st Duke of Marlborough as a ruined manor house and grounds by Queen Anne, to say thank you for his victories over the French, and in the grounds there is even a Column of Victory depicting him as a Roman General. The house was rebuilt on a monumental scale over the years and the wealth was continually squandered and rebuilt through the different Dukes of Marlborough.
Another interesting fact about Blenheim is that Winston Churchill was born here in 1874, and later proposed to his wife, Clementine, in the grounds in 1908. When he died in 1965, he was brought back to the area and buried in the nearby town of Bladon. 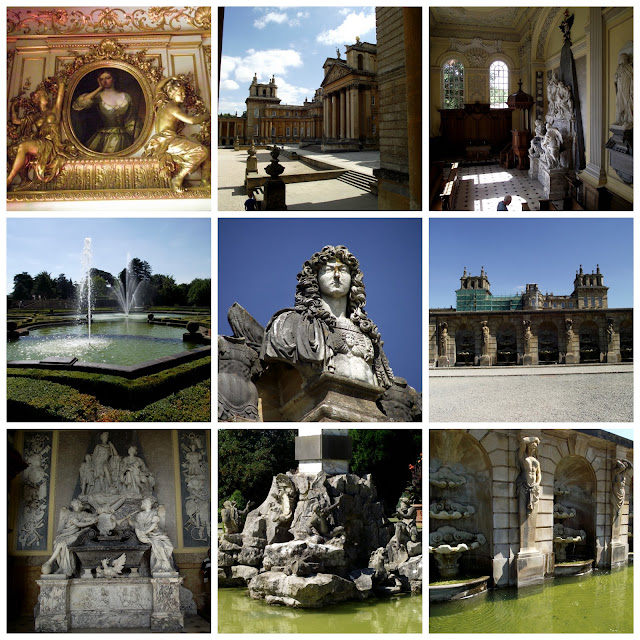 The Palace is still lived in by Dukes of Marlborough, I think we are on the 11th one now, and when it isn't crawling with tourists snapping as many photos as they can, it is still pretty much an enormous family home- albeit stuffed to bursting with family heirlooms, carvings, paintings, excess furniture, cabinets of china, and a rather spectacular holographic historical section depicting the Marlborough's building Blenheim (complete with a naked King's mistress). 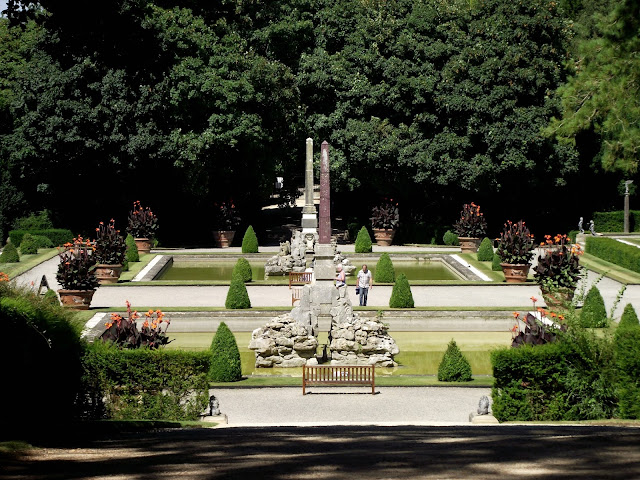 The gardens are also really lovely, and I especially enjoyed the water terraces which have a very Italian feel. The furthest pond in the above photo is even a smaller copy of the Fontana dei Quattro Fiumi (Fountain of the Four Rivers) which is in the Piazza Navona in Rome. It was a strange sense of déjá vu looking at it as I saw the original fountain whilst in Rome in June! (Blog post about it here.) 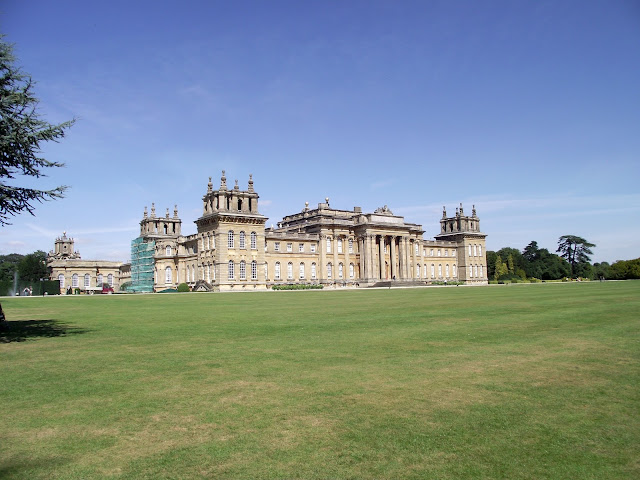 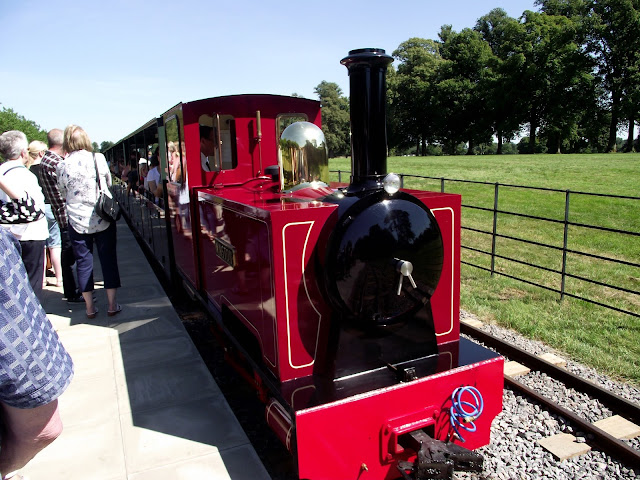 It is a real day out going to the Palace as there is so much to see and do. Once the Palace has been viewed from both inside and out, you can catch Winston the mini train to the Pleasure Gardens and continue exploring. The gardens aren't actually very far away, they are probably a 15 minute walk from the Palace, but it's more fun to catch a train. 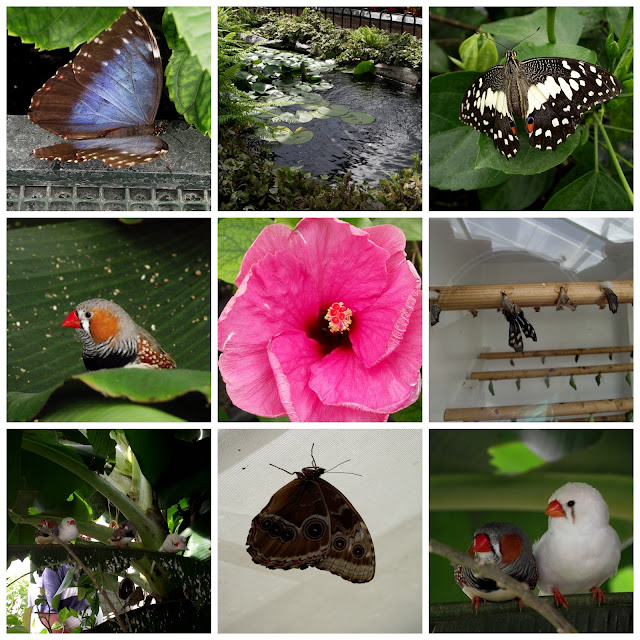 Our main reason for going there was to see the Butterfly house!!! How I love these places, although you tend to get rather hot and sticky (it's always a relief to leave them in the end). This house had Zebra Finches as well as Butterflies which added an extra cute element as they were snuggled up together and snooozing in the branches. 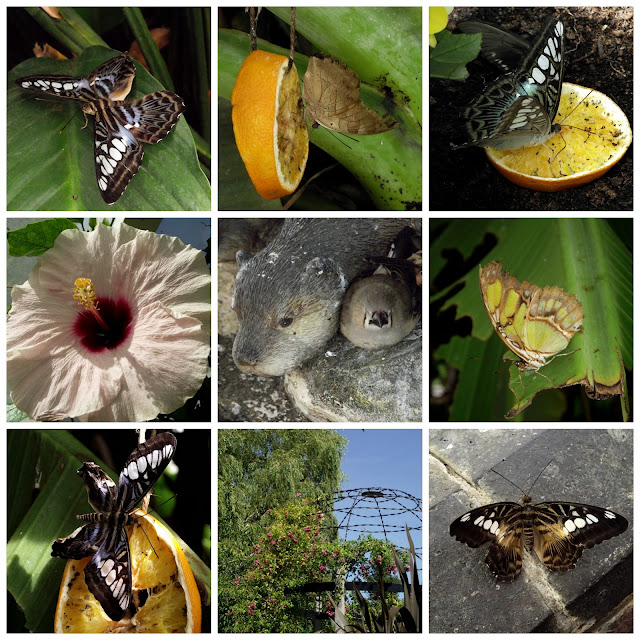 At this end of the property there is also a fun section for kids, complete with miniature village, a maze, adventure park, cafe and garden museum. Once you are done, you can catch Winston back to the Palace!

'Capability' Brown really knew how to make an impressive garden. This lake used to be a little stream before he got his hands on it. Now it is full of honking wildlife, has an island in the middle, an enormous bridge across the centre and curls halfway around the house before continuing onwards. Dad was on the bridge with his binoculars staring out at the little island which had at least one Herons nest on it complete with fluffy chicks. The bridge appears to be about halfway between the Palace and the Column of Victory although we didn't walk up that far as we had to leave to find our hotel. It leaves a lasting impression on you though! A brilliant place to visit. 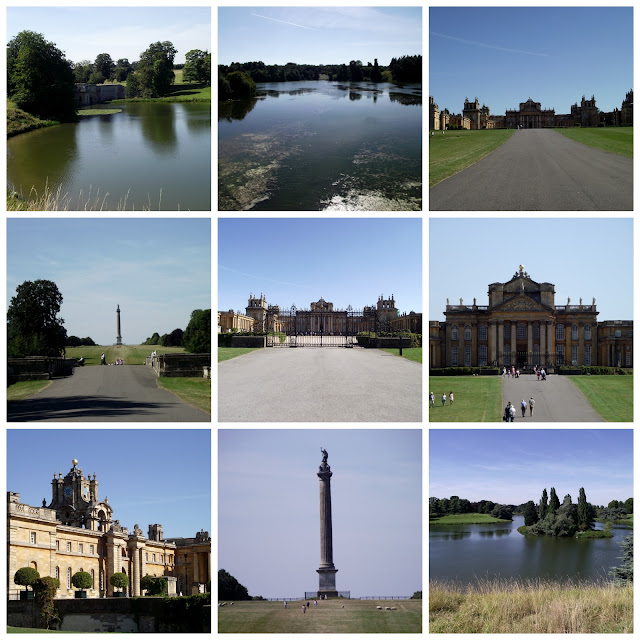