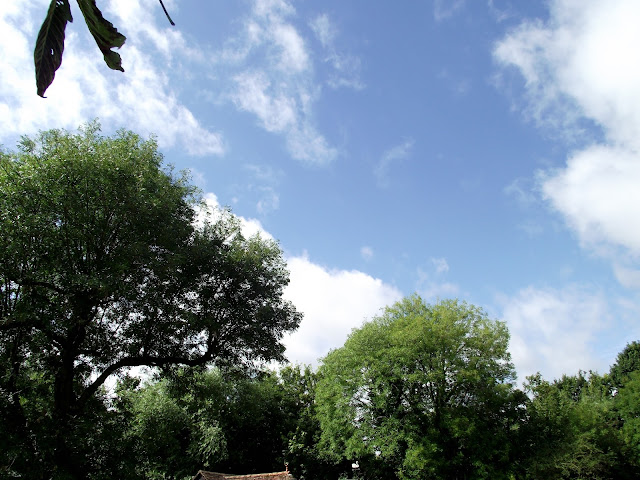 Today is The Mother's birthday (we won't mention the age) and she has been very excited. We were up relatively early for a Sunday to open the initial birthday bag of presents as is our family tradition. stemming from when we were little. Fuelled on a breakfast of bacon butties we set off on a drive down to Guildford to visit Dapdune Wharf, a National Trust place on the River Wey. 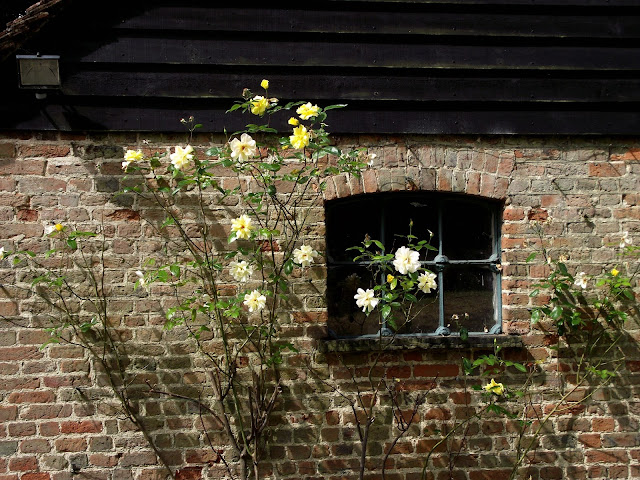 It's quite an unusual National Trust owned place as it's a self sufficient waterway which actually stretches for several miles- the pathway belongs to the Trust, not so much the canal which belongs to the waterways. The part you visit is only a small visitors centre which holds the hut where they used to build barges, the smithy, a tea room and various other educational buildings all linked to the history of the place. 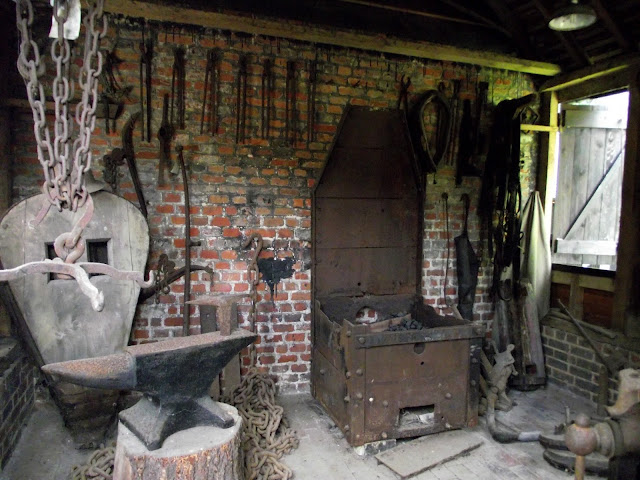 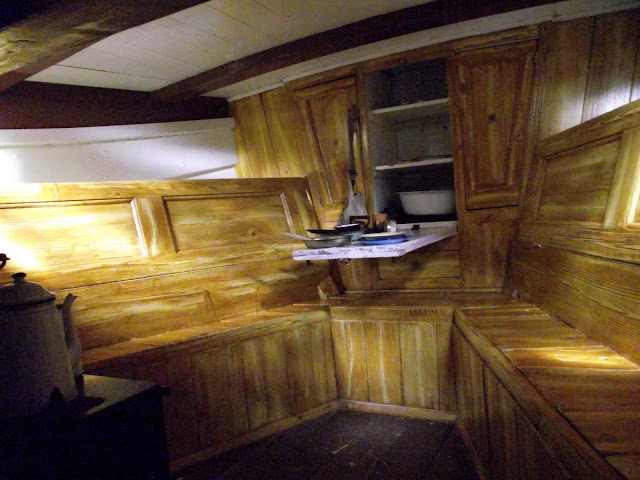 One of the barges that was built at this place, and was eventually returned here (after crashing and sinking somewhere along the Thames, then rediscovered and restored) is the Reliance. The barge is now a museum in it's own right and you can clamber around inside it, minding your head and bending almost double if you are a tall person- I'm only little so could just stand up straight in the centre. There was a very sweet little kitchen and living area at one end where every surface moves and becomes a cupboard or a table or a bed. 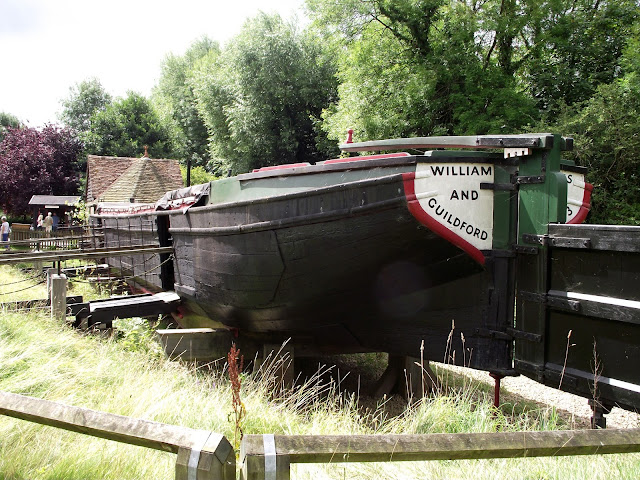 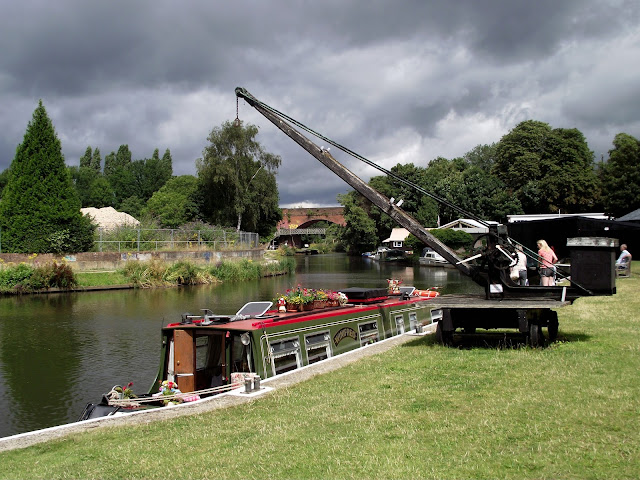 There is also a 40 minute tour on a boat ride into the Guildford town which was lovely and reminded me of my narrowboating holiday along the Four Counties Ring. We passed several very pretty narrowboats with flowers and beautiful paintwork on the sides. 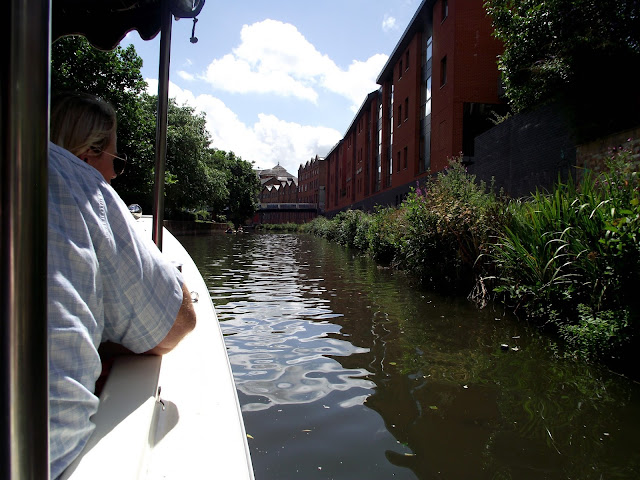 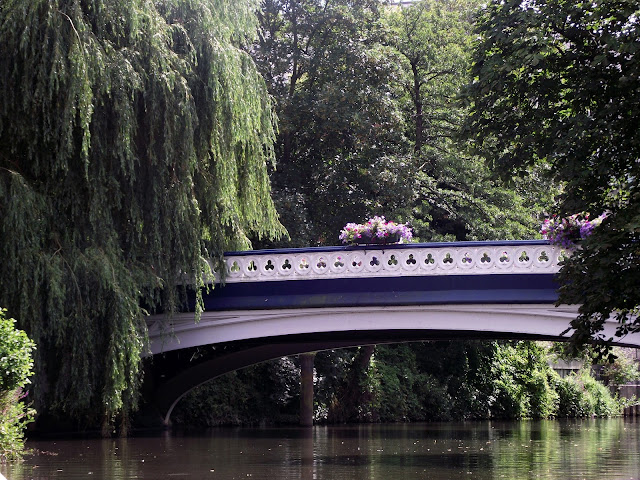 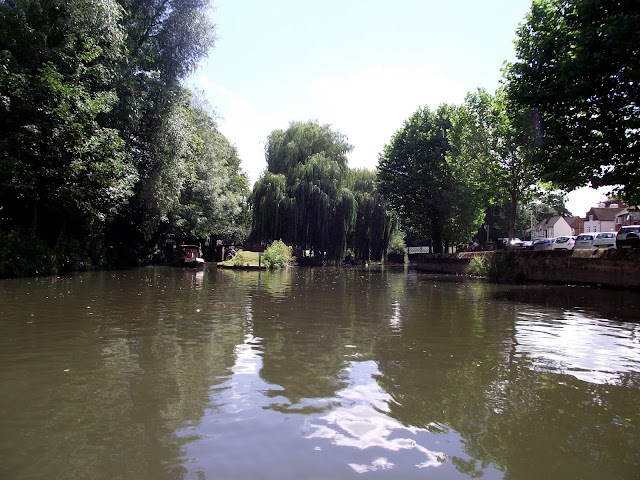 Once we'd finished exploring around the Wharf, we hopped back into the car and headed 5 miles away to another National Trust property, Hatchlands Park. 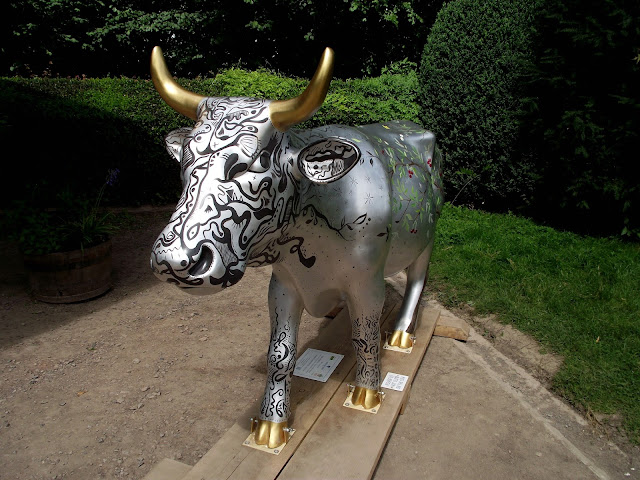 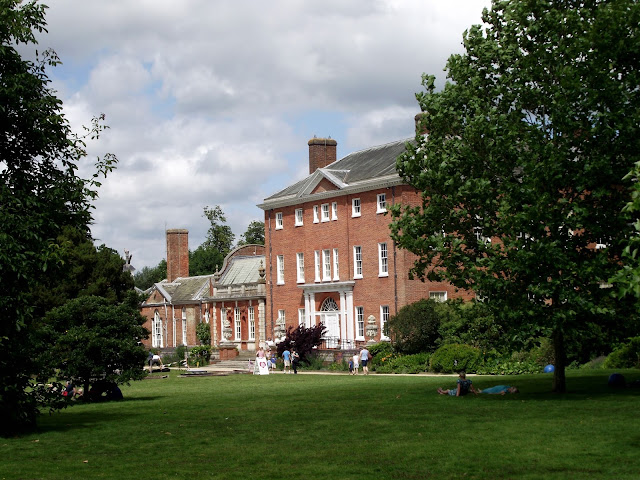 We'd mainly come here for a birthday cream tea (as requested by The Mother), but it seemed silly not to explore around here. Inside the house there are no photographs allowed as the open rooms are still lived in, but it houses the most amazing collection of pianos, pianofortes and harpsichords. Each instrument has its own detailed history and are apparently still regularly played by the owner of the house. There is a music room which has its own organ, specifically built to the right size. It has about 1700 pipes and one of the volunteers was playing it as we walked in. We are quite a musical family and asked a lot of questions, all of which were answered with demonstrations and enthusiasm- we even got a little tour of the pipe room, and saw all of the shutters and pipes that make up the organ. 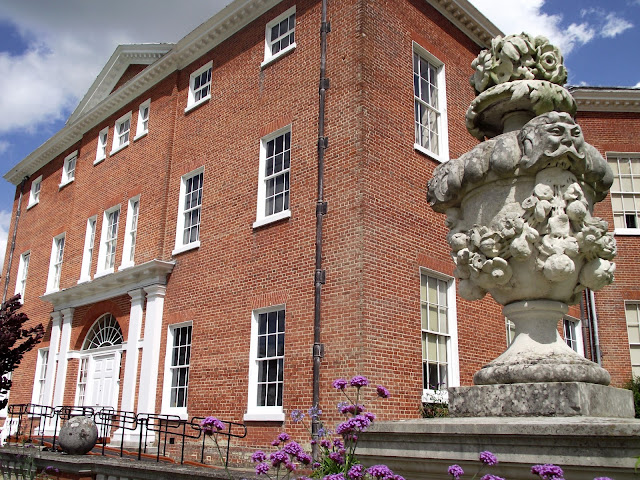 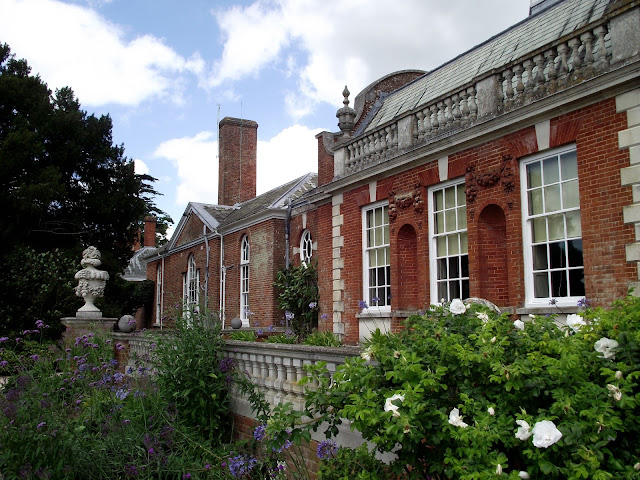 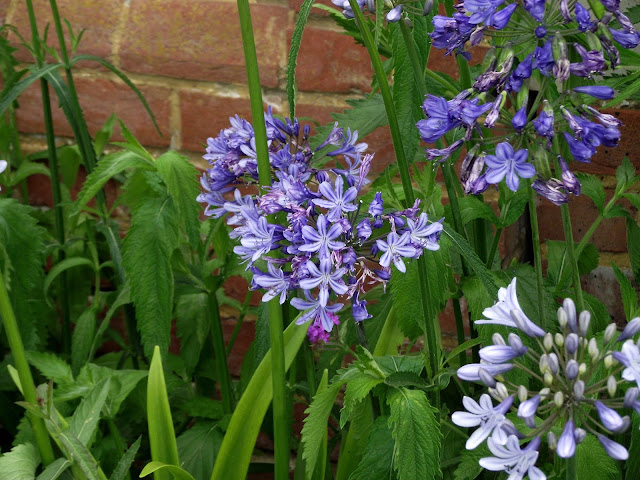 The cream tea was very nice, fruit scones with jam and cream. Yummy. 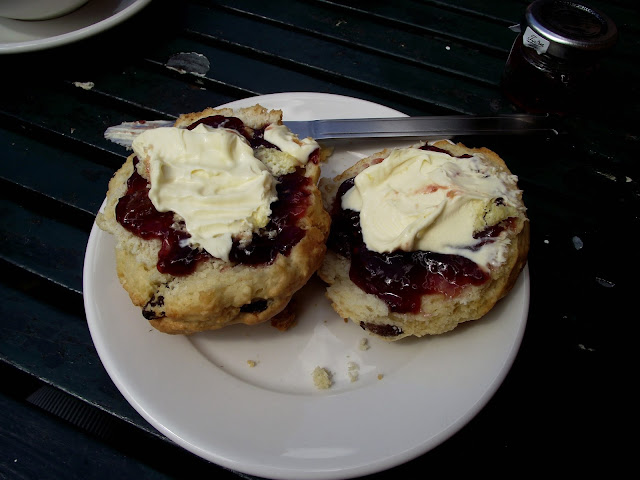 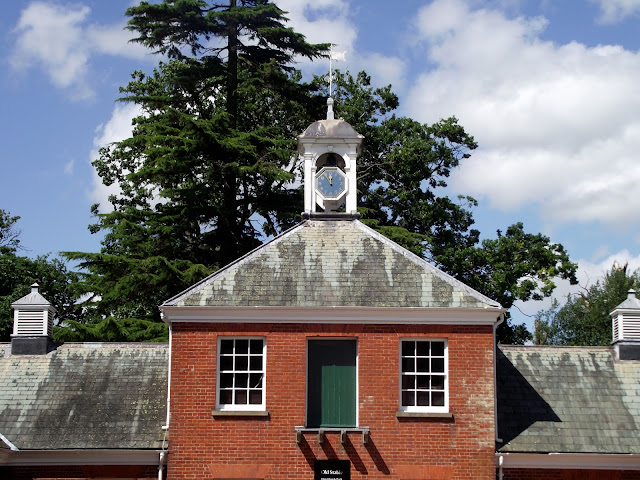 There are extensive grounds to wander round but we only journeyed slightly out of the courtyard to say hello to Morris and Callum the donkeys, and wave to a distant herd of cows with impressive horns. Perhaps the woodland walks will be done at another time. 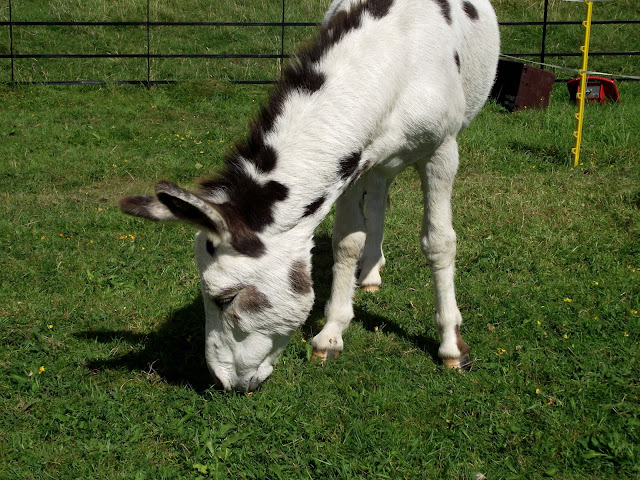 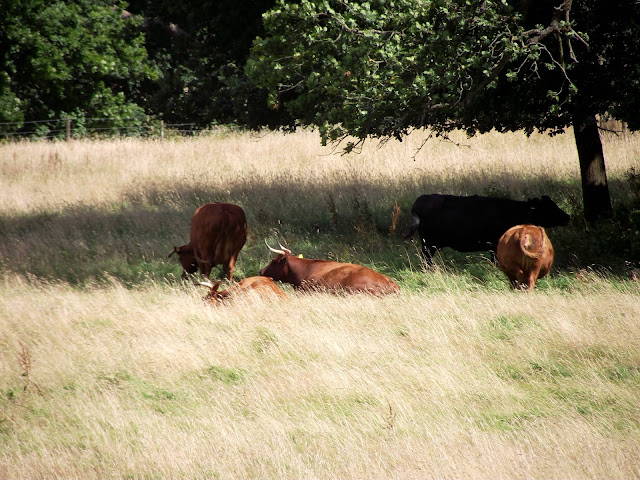 Currently we are in the final phase of present opening and will shortly be lighting candles on the birthday cake. Hopefully The Mother has enjoyed her day of growing older, and has enough presents and toys to last her until next year. 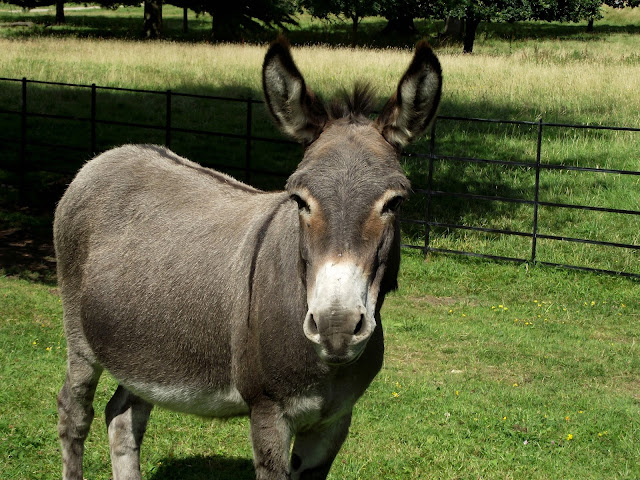