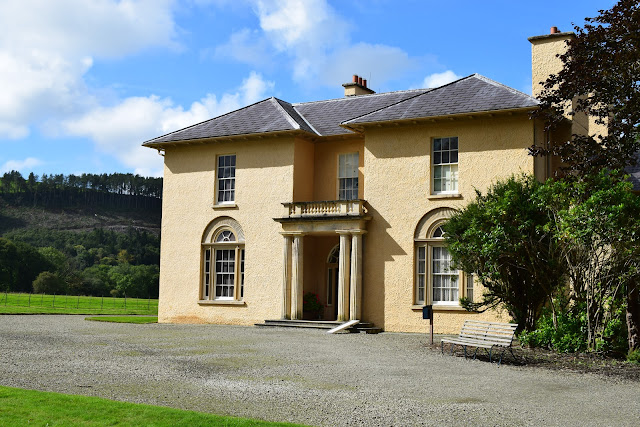 Thursday (Day Six)::
This was my absolute favourite day, and all because of this place- Llanerchaeron! We had actually already visited New Quay Honey Farm that morning but only to stock up on the various different types of honey- I'm going to have to do some kind of taste test to see what the difference between Heather honey and Wildflower honey is- and also to grab a cup of coffee. 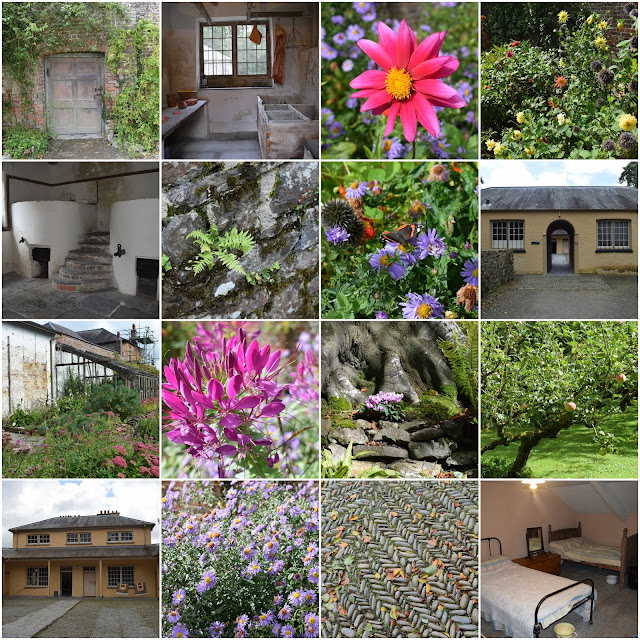 Basically, this place is in the middle of nowhere, and even on the drive down a rather dubious looking road (as directed by the SatNav) we were halted whilst a herd of National Trust cows belonging to the estate were moved leisurely along the road to a different field. The estate was and pretty much still is, totally self sufficient. They have an adjoining farm, with food/drink processing rooms attached to the main house via a courtyard which housed places for beer making, meat preserving, a buttery, a bakery, a laundry, etc. And we also discovered that they had their own small water system which generated electricity to power the main house which was looked after by the chauffeur...it was all going on! 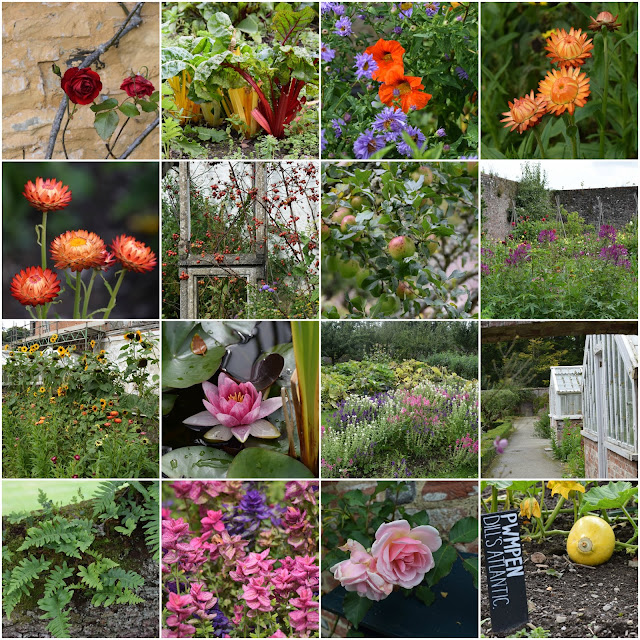 The house itself, a Georgian villa, isn't overly remarkable in terms of some of the other grand country houses we've seen during our membership to the National Trust. It had all of the usual trappings, lovely moulded ceilings, ornate furniture and hundreds of years worth of collected crockery, but it was fascinating to see how all of the behind the scenes action would have been run, and there was also a real sense of 'girl power' about the place. My favourite character in Llanerchaeron's history has to be Mary Ashby Lewis who married into the family and moved to the estate. Sadly her husband died early on, but according to the NT, his will "stipulated that Mary be allowed to stay at Llanerchaeron for as long as she lived, however as she did not own it she couldn't make any changes to the estate. During this period standards of living were changing and new technological advances were being implemented into homes, but under Mary Ashby Lewis' management, Llanerchaeron remained unaltered." She never remarried, and "continued to live at Llanerchaeron until her death at the age of 104 in 1917." Amazing to think of isn't it? 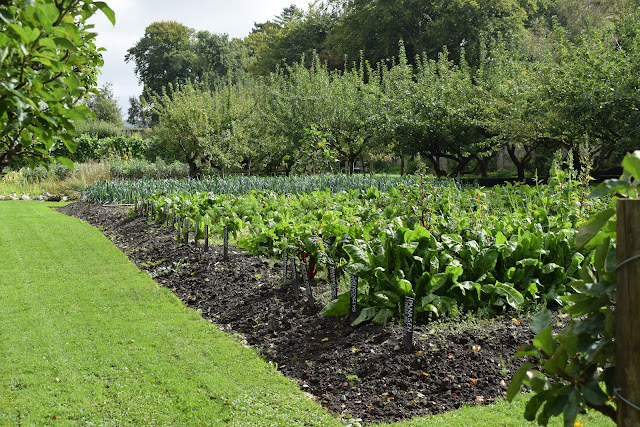 The best part for me (as it usually is) was the walled garden which had kitchen plots with fruit, vegetables and herbs growing, several orchards, remains of glass houses which look as if they would have had oranges growing in them, a trio of individual green houses, and to-be-picked flower beds, with the showy flowers that would have been grown and cut for display within the house. We also befriended a couple of garden cats who were enjoying the atmosphere of the warm green houses. 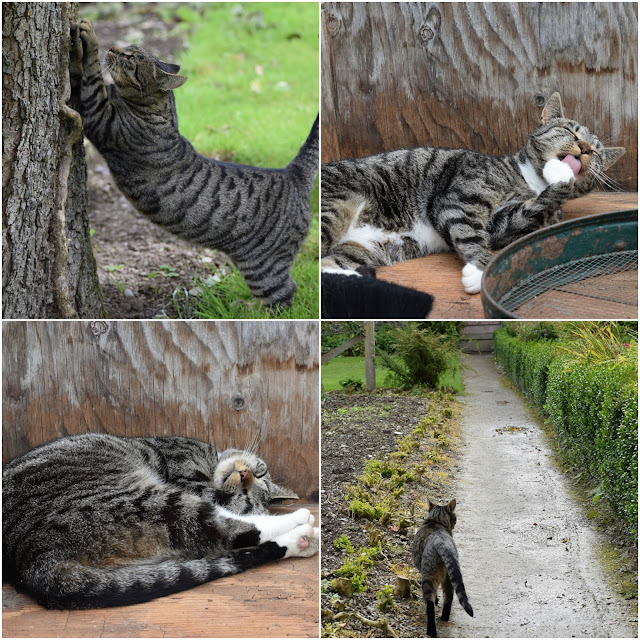 The estate just kept on going and going, and once we had done the house and half of the walled garden, we snuck through a little door off to the side and found ourselves in a farm courtyard! Pigs on one side, cows on the other, horses in a different section (past the ice-cream-truck-guarding geese), sheep in a pen through the back, behind the barn, via the turkeys, ducks and chickens. Everywhere you went there was more to see! The piglets were very comical, and had just been fed their trough of slops so were really tucking in- quite literally in some cases. Perhaps the best way to eat slops is if you are actually standing in the trough itself? 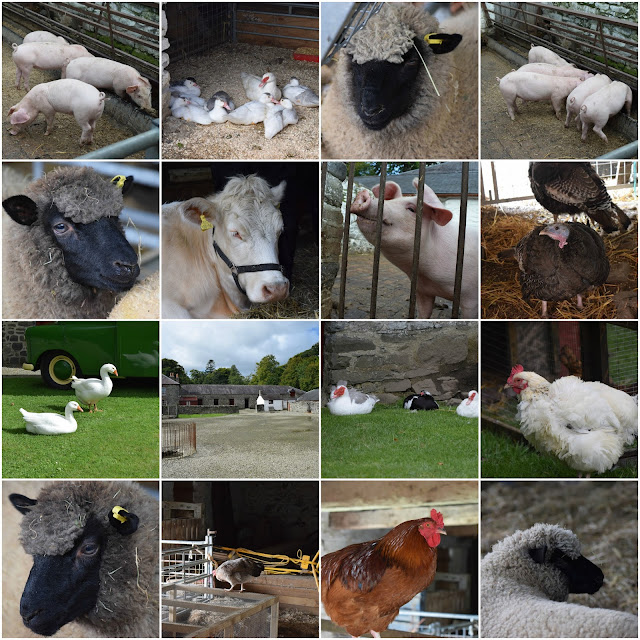 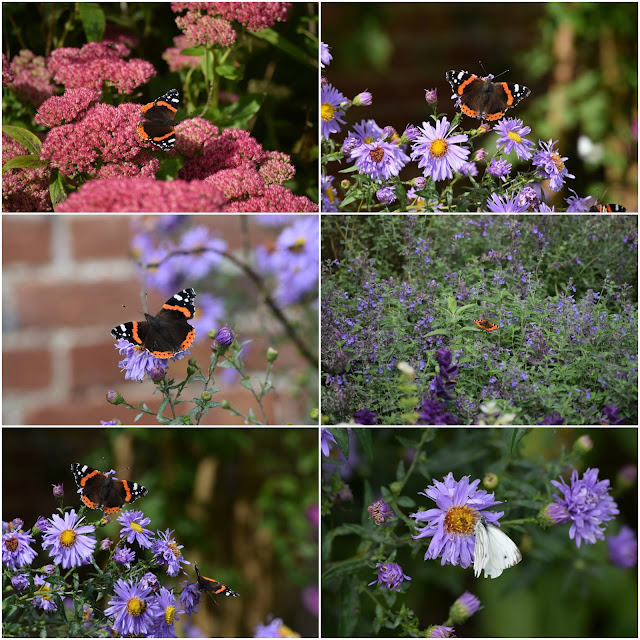 We meandered back to the walled garden, via a different door again, and I had great fun photographing the hundreds of butterflies and the bees working most industriously on collecting as much nectar as they could. They must absolutely thrive in gardens such as these with plants to suit all types of insect.
The estate also boasts a rather lovely lake which you can walk all of the way around, enjoying views over green fields as you go. There was evidence here of Autumn starting to creep in, adding a zesty yellowness to the canopy of tree leaves above. It was all very bright, and in this case, the extra light that cameras can sometimes add to photos is not at all over-zealous, the greens really were that green! 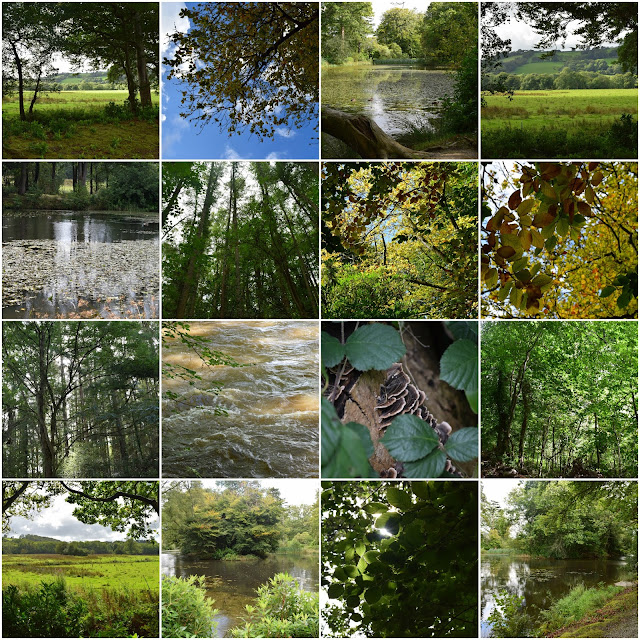 After a smashing lunch in the little cafe, I persuaded the family to go for a walk around some of the equally vast woodland on the other side of the river. Which would have been fine- had it not been one of the wettest summers we've had for a while. The path started out as quite a sensible, hardened texture, but quite quickly turned more boggy, and by the time we had gone too far to turn back, it was really rather boggy indeed! We were really scuppered when we finally reached the bridge clearly shown on the map as the turning point to begin going back the way we had come, but over on the other side of the river, to discover that the path had been completely washed away and was now part of the river itself! The Mother was not impressed (not being keen on boglands) and we turned about and tried to join up with a second mapped pathway higher up at the other end of a field we had passed through. Unfortunately, whilst the field itself wasn't sinking under our feet, and offered beautiful views of the valley below, the second pathway was essentially awash with the rain water coming off of the fields and was just as boggy, with the occasional rock poking out to stand on.
It was rather exciting really, swinging along the embankment at either side of the 'path', gripping on to trees and sliding about all over the place. I'm not sure if The Mother has such fond memories though. 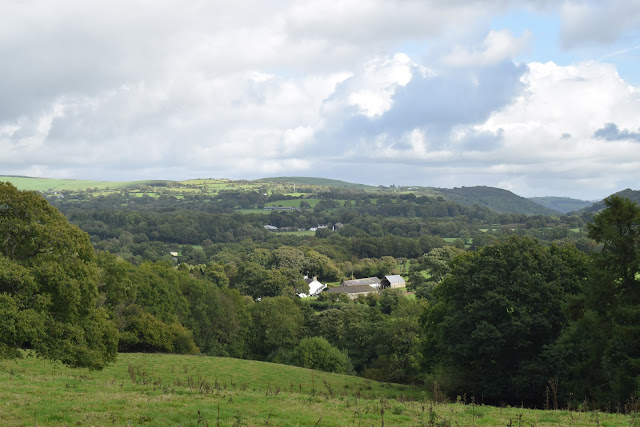