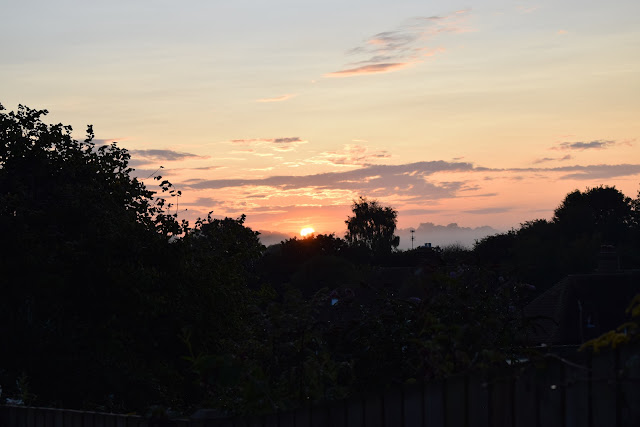 It's beginning. Autumn is on its way and it's noticeably darker in the mornings as we are waking up to early sunrises and lingering mists. There is one point on my morning journey to work where we drive over a high crest and have a split second view back over the valley where I live, which is often swathed in ribbons of mist at this time of year. It is very pretty but is an obvious telltale that Winter is just a few months away. 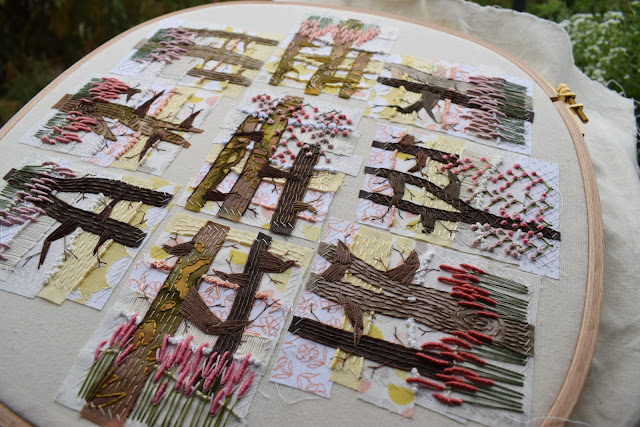 I have been beavering away on my little stitchscape minis, anxious now to get them finished as it seems like they've been loitering in the hoop for far too long. The hoop is a large one, 30cm and squarish and as such I try to avoid taking it on the bus with me because there isn't really enough room for it, but in this last week I have taken it with me to try and speed up the completion process of these little minis. I think I have mentioned before that each one takes about a solid day of stitching to complete as there nearly as many layers in them as in a full size stitchscape, and the same type of stitches- some of which are lengthy and need several layers. 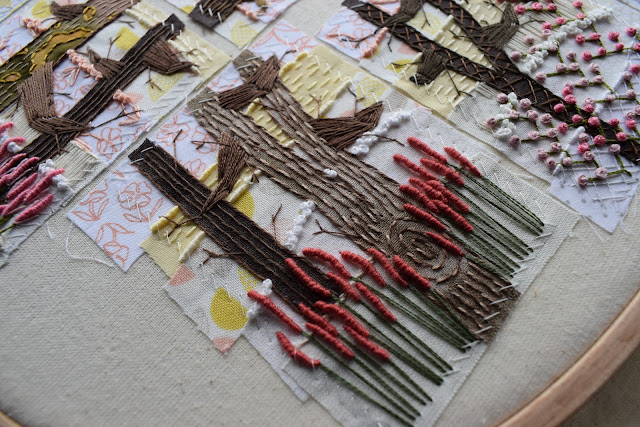 But on Friday, they were finally finished! Huzzah! 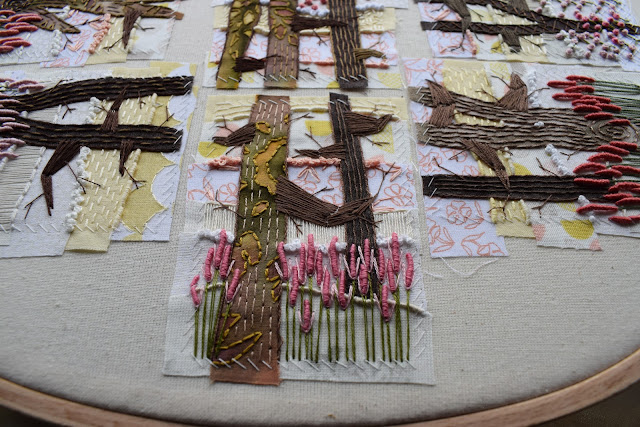 Due to the fact that they are so small, I back all of these 'scapes onto card which I buy pre-cut at 2.5" x 3.5"- the same size as Artist Trading Cards. I punch the holes around the edges first with a beaded pin, matching up the edges of another card to give me a clean edge to follow, and then manually hold the card down and work my way around the holes until the card is stitched completely. Putting the minis on card means that I can frame them and they won't slump, or I can pop them into the cutest cellophane sleeves and sell them as they are for new owners to do with what they will- prop up on the kitchen shelf, glue to the front of a card, or perhaps tuck inside the corner of a mirror. 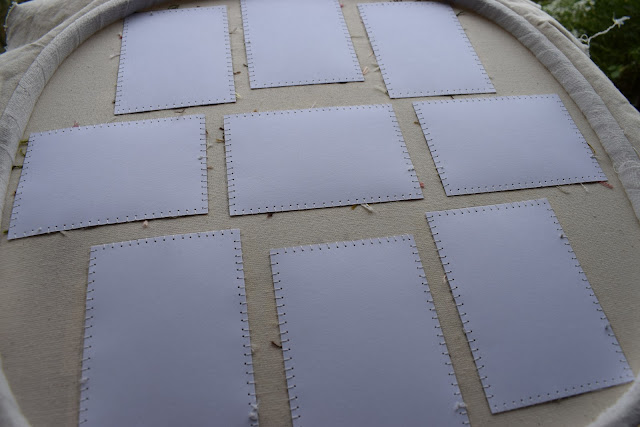 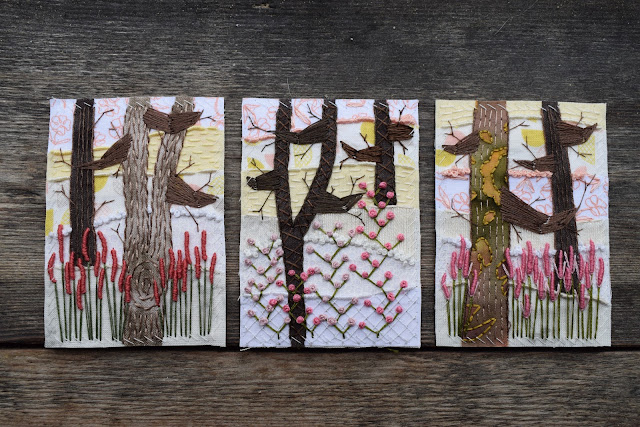 I think they look a lot nicer when they are cut up. The edges are more defined (and they are all facing in the same direction!) which helps to show the image and its composition. There are a mixture of stitches in these little ones; cross stitch, herringbone stitch, bullion knots, french knots, straight stitch, long stitch, whip stitch, detached chain stitch, running stitch, satin stitch, back stitch and fly stitch. 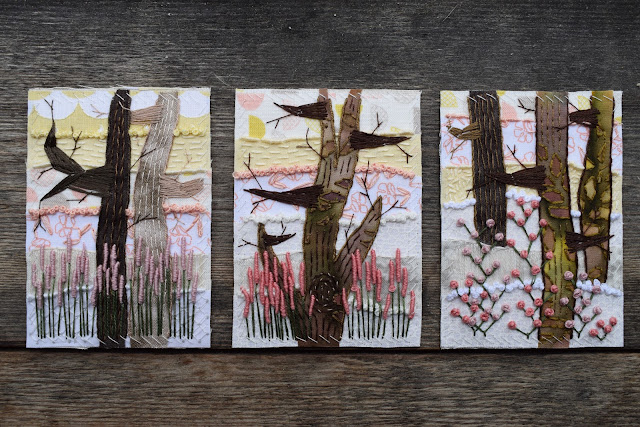 Each one is it's own individual, even though the fabrics are all the same and often have been treated in the same way. I really love the sweet little single stitch branches which seem to add so much character to the minis and really help to show off the theme of early Winter sunrises.
These will now be framed up, ready for either Etsy or my next show coming up in October at Bridge Cottage. 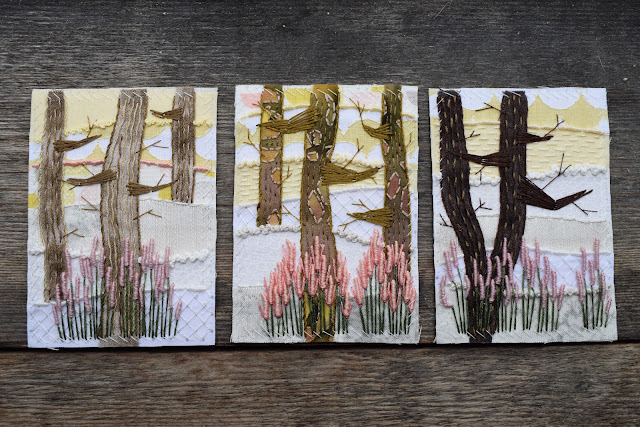