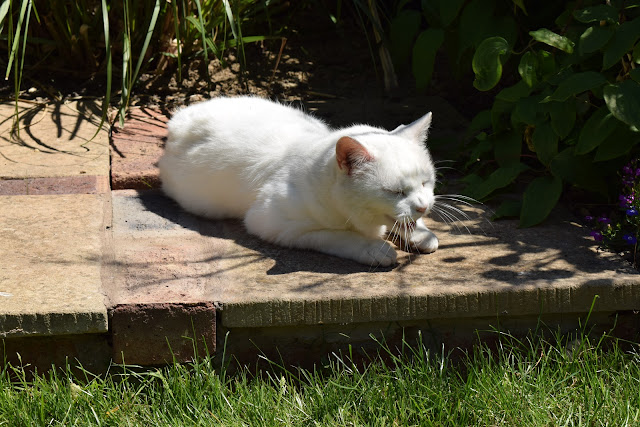 Hasn't the weather been glorious?! These photos were taken at some point last week but the weather hasn't changed one iota. Well, apart from today which has clouded over rather with some very ominous looking clouds above. The garden definitely needs a good watering, everything is looking slightly parched and singed around the edges now, and there will surely be a hosepipe ban any second.
The cat, however, is loving it! He spends long hours in various places around the flowerbeds, and really enjoys being able to walk through any door into the house. We have all of our windows and doors open nearly 24/7 during the summer which gives the feeling that the garden is just another room in the house. It's been a little while since I last showed you images taken in our garden so I hope you don't mind this blog post which has nothing creative in it other than things created by Mother Nature herself. 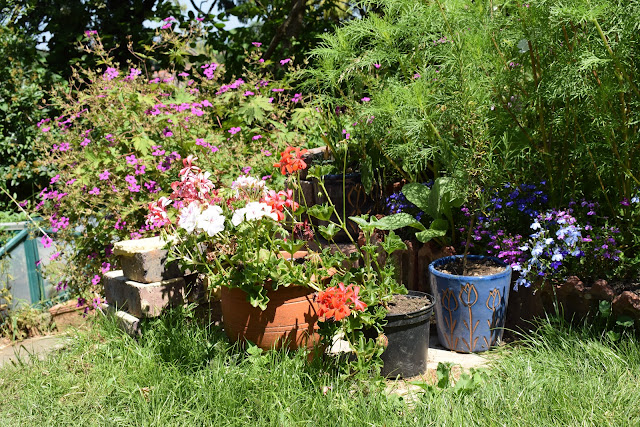 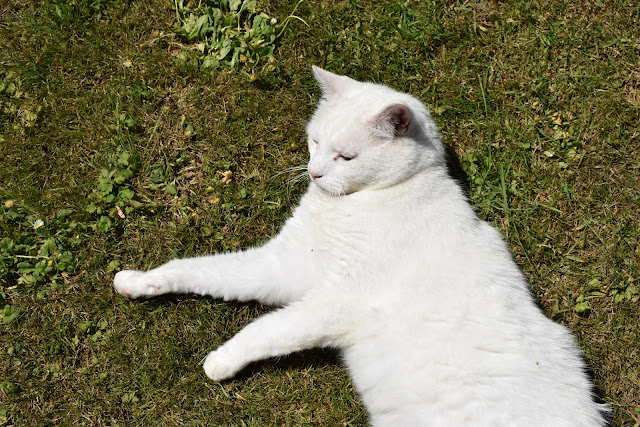 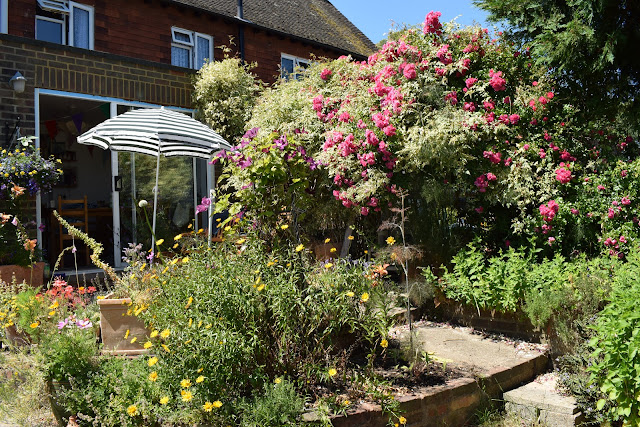 I have also been using the back garden as a second studio as I had a lot of sewing to get done last week in the run up to the Kent County Show (which I will write about in a separate post) and the light is, ahem, much better in the garden. It's not an excuse as such, the angle of the house means that my normal sewing chair doesn't get sun until late afternoon and there are lots of dark corners. It's not the best room for sewing in and I regularly have to use my DayGlo lamp all through the day as well as in the evenings. Sitting in the garden helps me think and plan and generally makes me feel better so it's a win win situation! 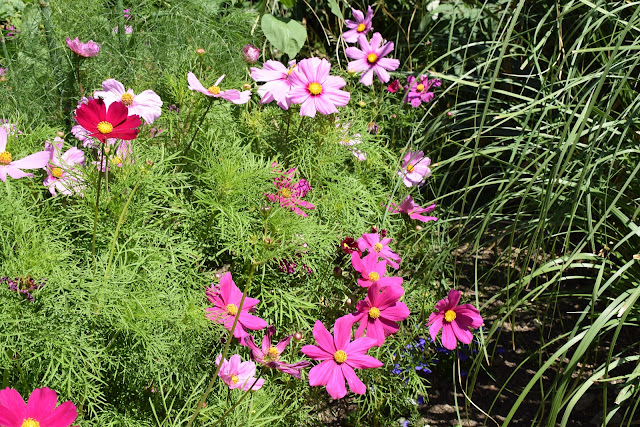 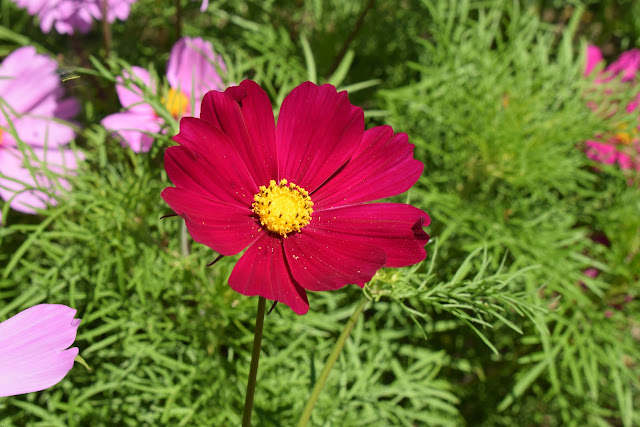 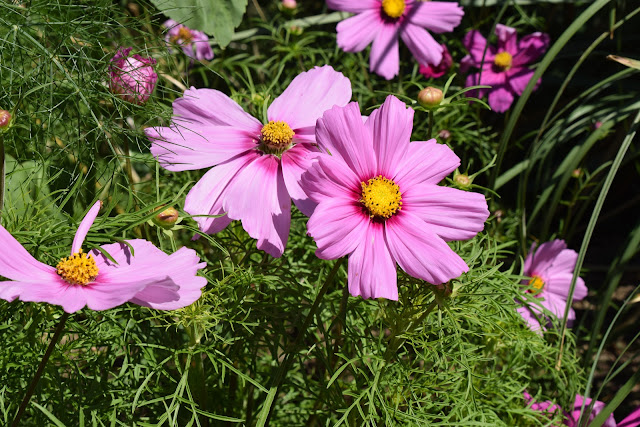 Being surrounded by so much colour and texture helps as well. There are lots of different colour combinations going on with the Roses, Clematis, Cosmos, Lobelia, Nasturtiums, Jasmine, Poppies, Lillies, and other unidentified plants. I would highly recommend garden stitching if you have such a space. 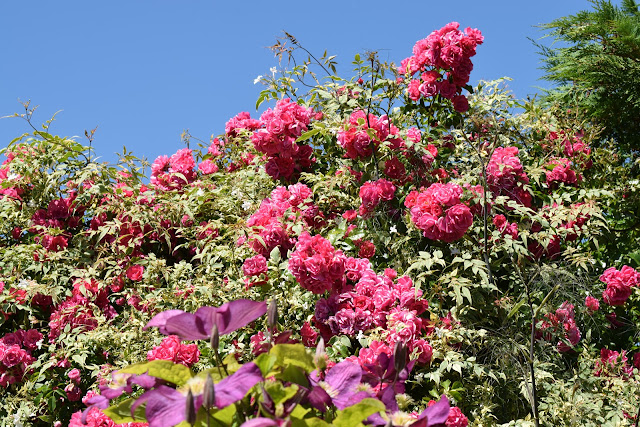 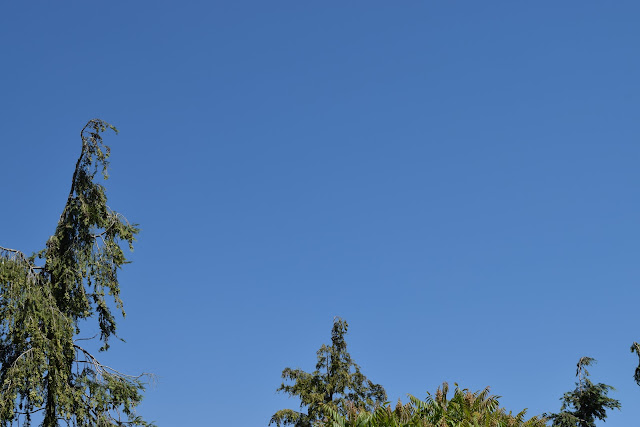 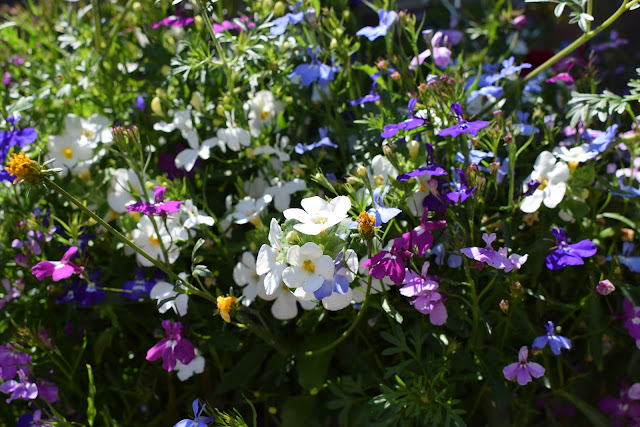 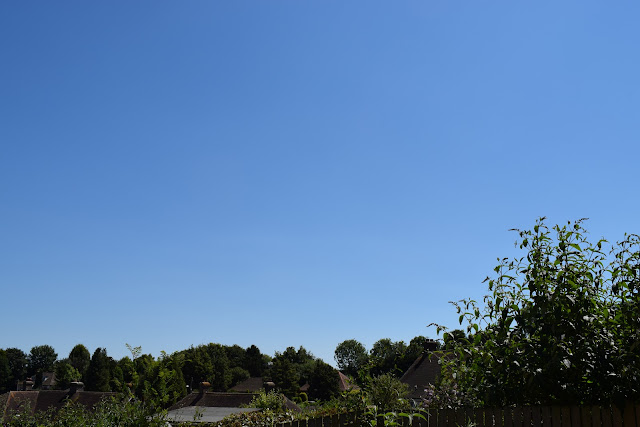 The sky has been such an incredible shade of blue these past few days, like something out of a story book or a child's drawing. It always makes me think of being on holiday when the trees and buildings are so definitively outlined and crystal cut against a solid blue background- the sort of weather you expect in Spain or Greece. 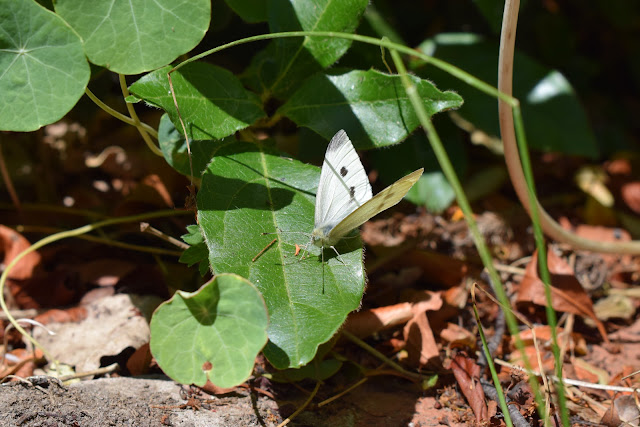 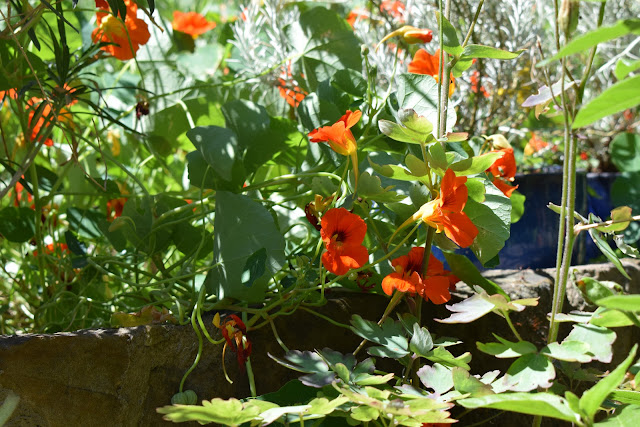 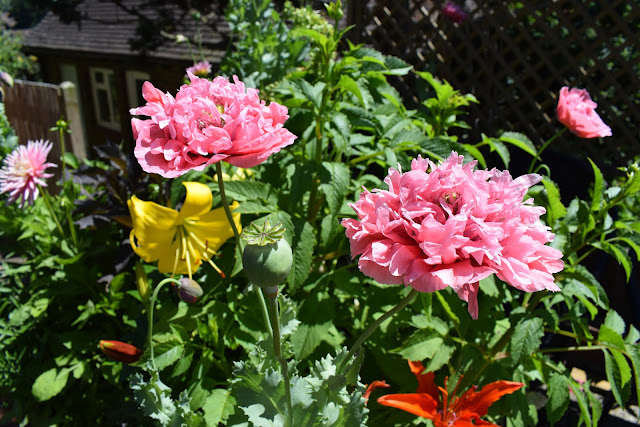 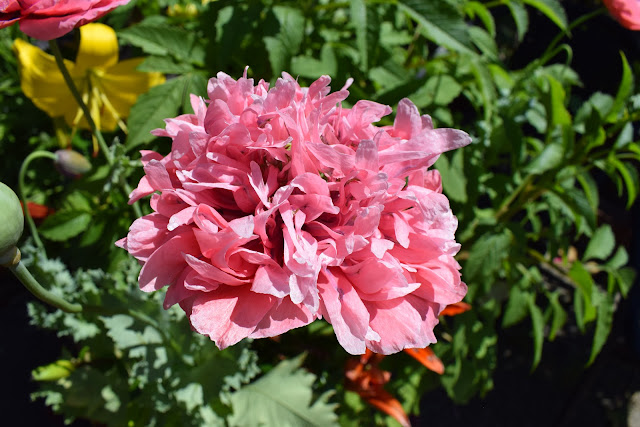 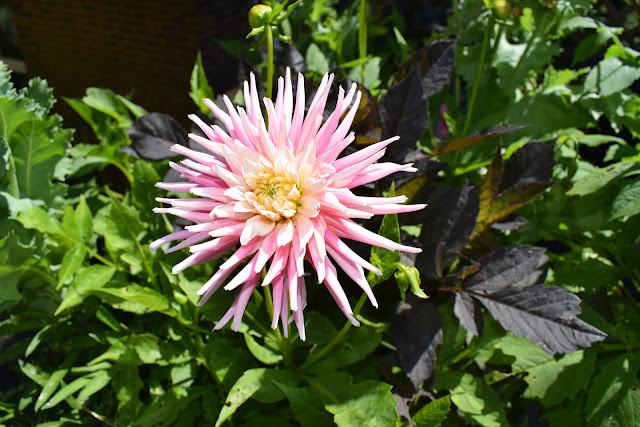 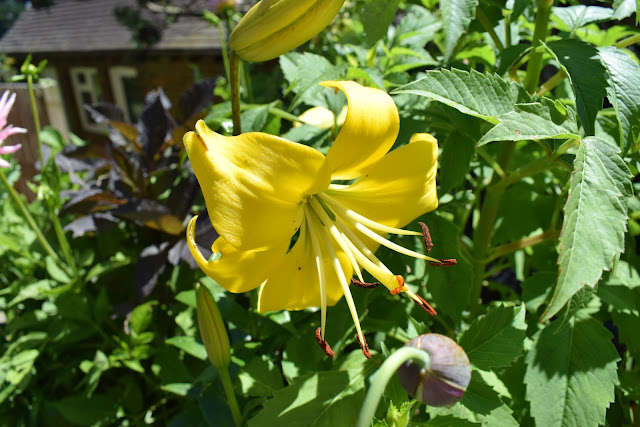 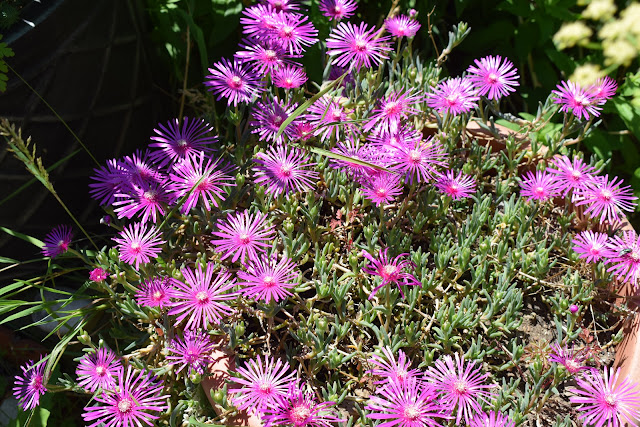 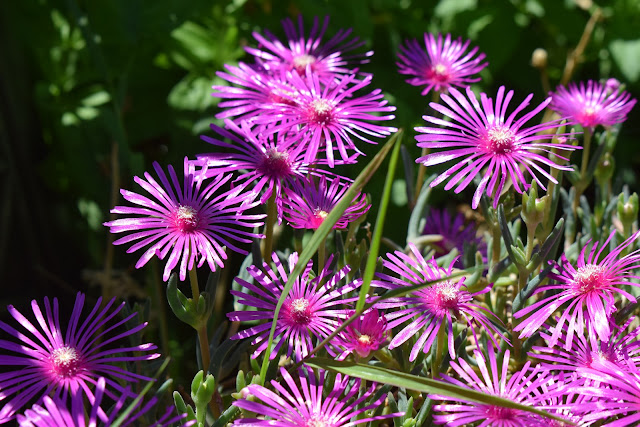 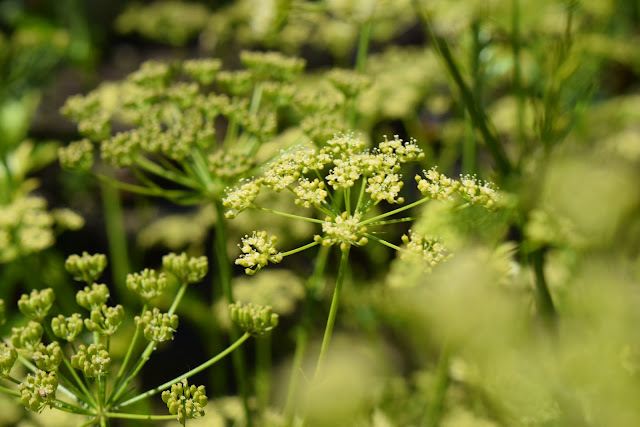 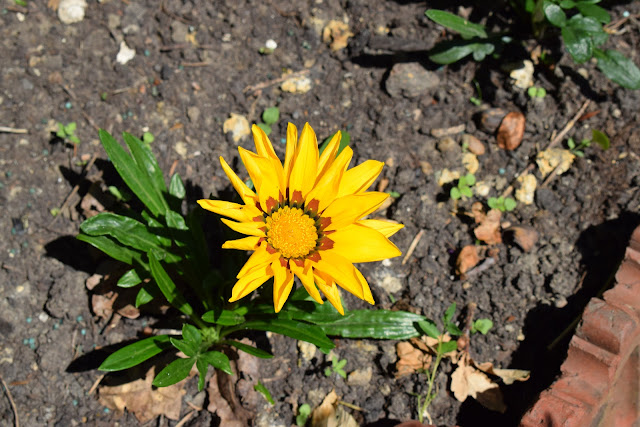 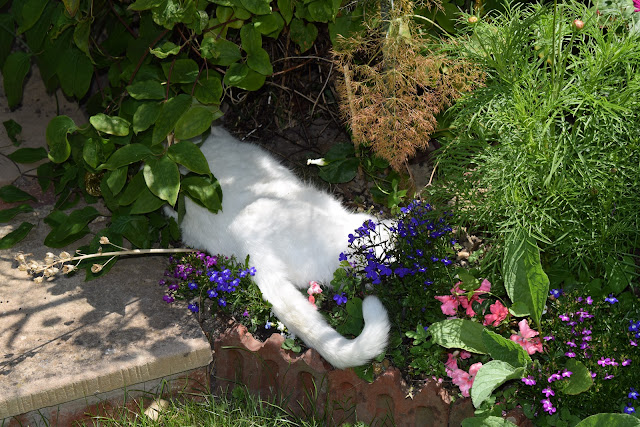 There have been lots of sewing projects going on that I will shortly be able to tell you about I hope, and of course I have to update you on Mrs Heggardy's Windmill, the Kent show and some other bits and pieces I have been working on! Have a wonderful week! 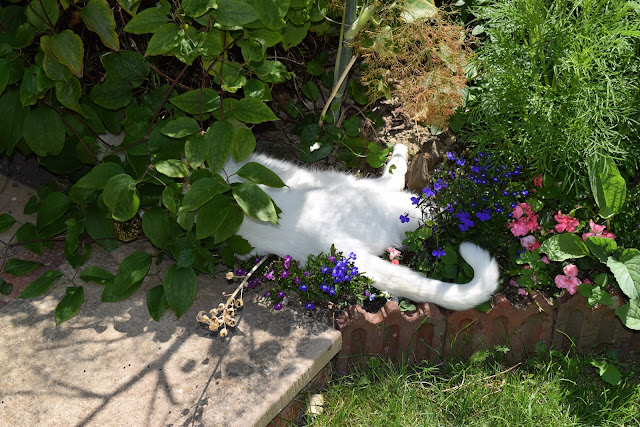