Afternoon All! I was hoping this post would be written on my own laptop (rather than my lovely Dad's) which was sent away to be given a stern talking to by a generous computer technician that my Mother knows. However, even though it has had everything but the bare essentials stripped from it in an attempt to rectify whatever was wrong with it....the Internet still doesn't work!!! So if anybody knows why, when it says that it has connected to the Internet (both plugged in and wirelessly), it refuses to work anything that has a basis in Internet then please let me know!! It's sooooo vexing!! 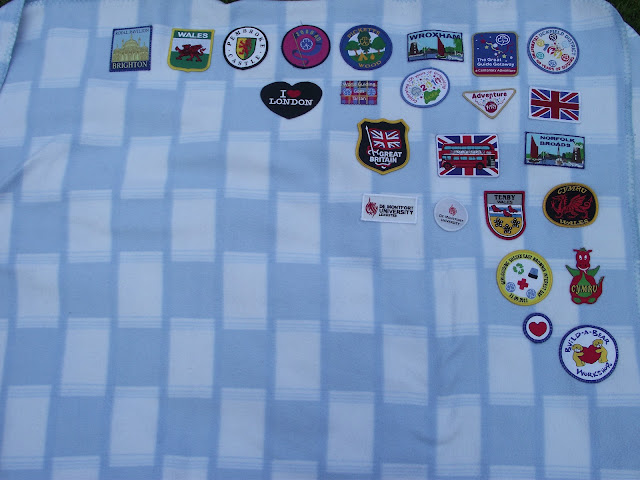 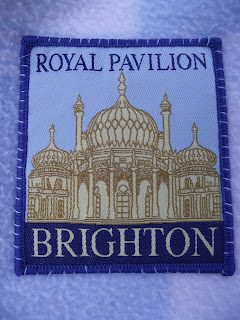 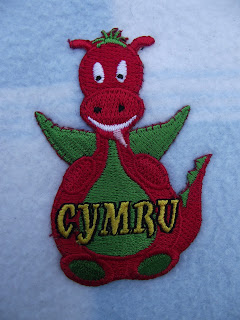 Anyhow- moving on!! I can't remember if I told you lovely readers that I was a Guide Leader? Did I tell you? I have been a Leader for quite a while now, although disappointingly haven't been able to attend many meetings recently due to university and stoolball (more on that later).  If you aren't involved then you should seriously consider it! I can't tell you what joy it brings to be able to teach the girls something or discover something with them. Of course some are right pains and very annoying, but every girl has something endearing about her (usually) and I really enjoy being a part of this organisation. I was a Brownie, a Guide and a Young Leader (part of the Senior Section, also known as Rangers) so I have been taking part in this for quite a few years now!!! I think Brownies start age 7 so that is, oooo, 12 years????? Crikey.
One part of being a Brownie/Guide is to work on special projects, and earn badges or Go For It cards, and I have to admit, there is something rather special in being presented with a fabric badge that you can sew onto your uniform or camp blanket and wear with pride. I really really love these badges, and have started collecting them wherever I go- not all related to Guides, some are places I've visited- and sewing them onto my camp blanket. The ones in the image above are those I've collected so far- I do have many more from the Brownie/Guide days, but they are sewn onto my uniforms and Mum won't let me take them off (she's also hidden the uniforms somewhere as keepsakes so I can't even find them!!). 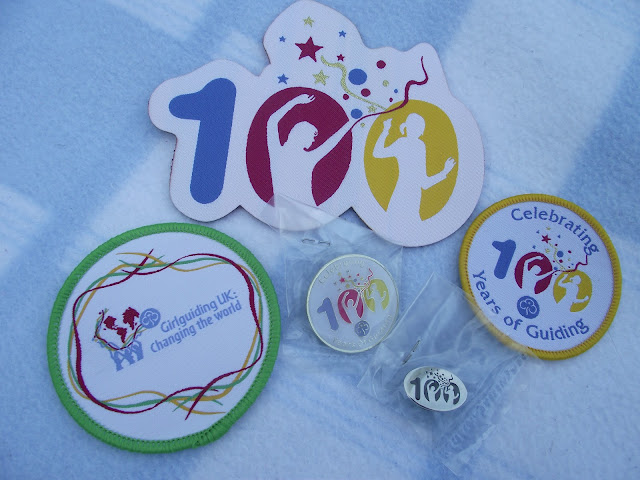 I was wandering around the Girl Guiding website shop the other week and came across loads of fabric badges- they are gloriously inexpensive so naturally I ended up with 10 different badges. 5 of them came in a special Centenary pack (it was our Centenary year last year) with 3 fabric badges and 2 metal ones, and the other ones are just lovely to have. 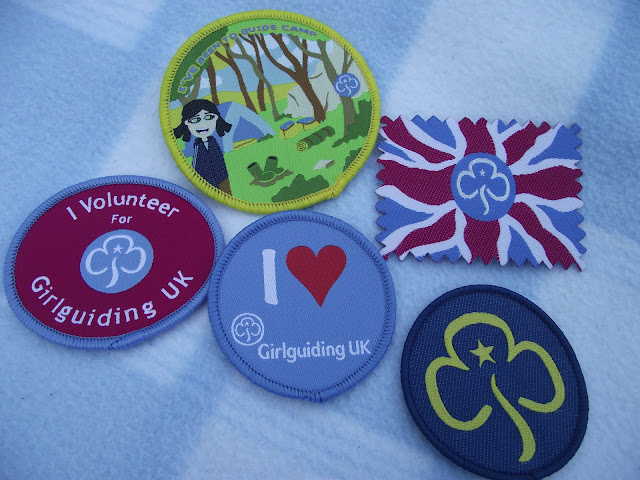 They have now all been sewn onto my camp blanket ready for the camp I am going on in August- very exciting!! I hope the weather's OK!!!
But as I said, I haven't been able to do much this year with my Guide pack- in winter I am at university, and during the summer I play stoolball- this wouldn't normally affect my going as my town used to have two Guide groups meeting on different days, but due to lack of Leaders we had to put the two groups together so I can't be around much any more.
Now, according to my Northern university friends, they have no idea what Stoolball is, so I feel that I have to explain to you lot just in case. It is a Sussex game (which would explain why non-Sussex people have no idea what I'm talking about!) and may be the inspiration for cricket, in that there are two wickets, a boundary, batsmen, umpire, fielders, bowlers etc. The wickets are very different however, as they are made of white squares on poles....let me see if I can find a picture for you... 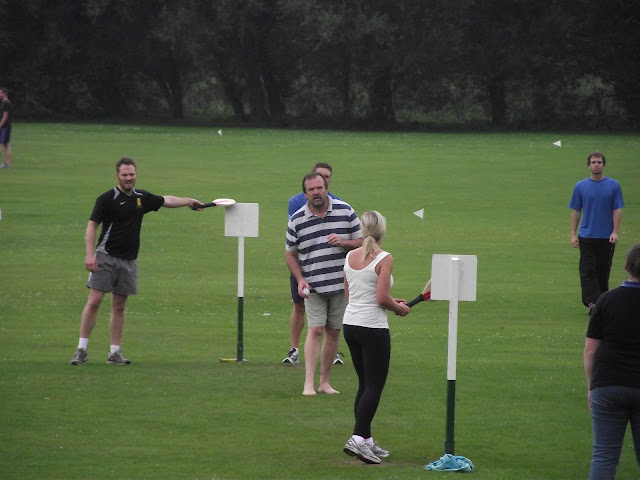 Yes, here we go! So you see what I mean? The ball is different to cricket too, it is about half the size and white, and the bats are rounded at the end.
Last night was stoolball night, and when arriving at the field we play on, it looked like this... 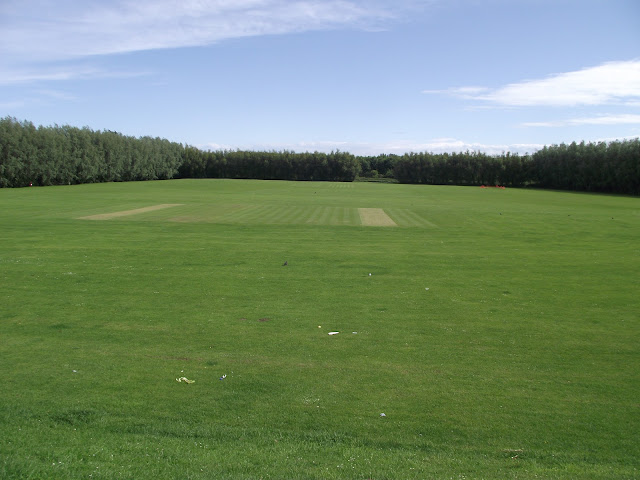 Gloriously sunny!! But a quarter of a way into the game, it looked more like this... 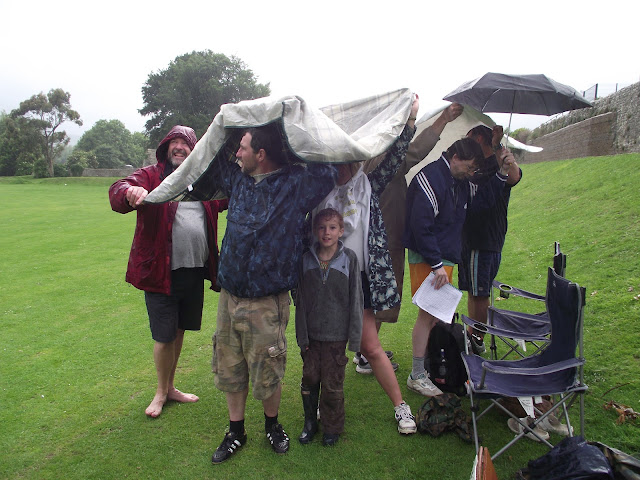 Still, after a short pause we carried on, in torrential rain and practically hurricane winds- we are either hardy Brits or completely bonkers (I vote for the latter!!). My team won (hurrah!) and then it was down to the pub for tea and a drink (still dripping wet), and then home on the bus (slightly dried off but still damp) and into a gloriously warm bath!

Hmm, this is a very wordy post, I do apologise! Hopefully the next few posts will be more crafty- I do have several projects on the go, including the hexes. No, no! I'm not going to tell you what they are just yet. Oh go on then, a few sneak previews. What do you think these could be?? 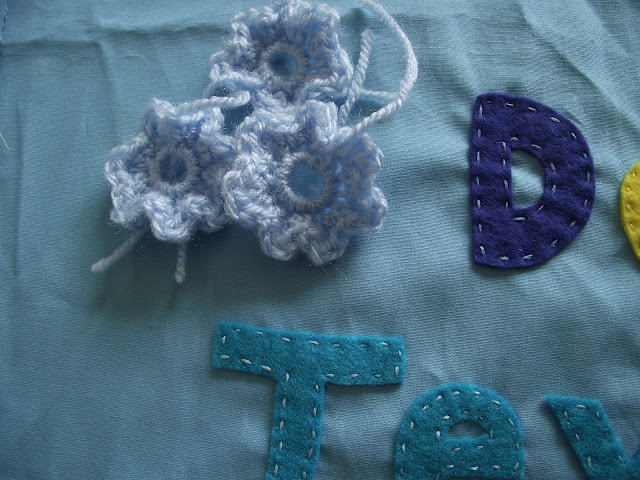 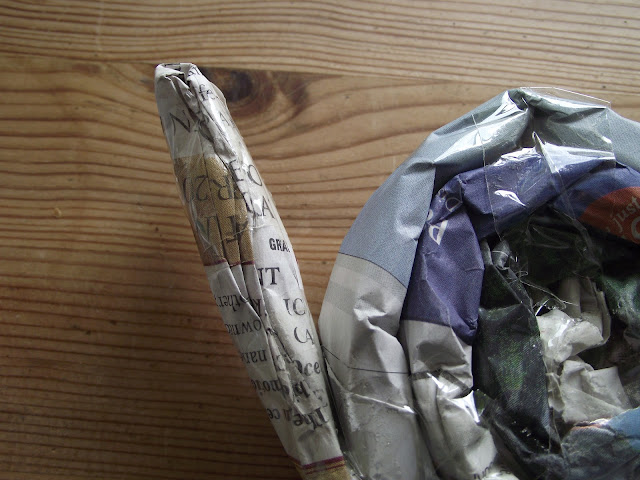 
Edit to add: The clever Mother has managed to get the Internet going on my laptop!! Clever, lovely Mummy!! =D
Posted by Beth at 06:45