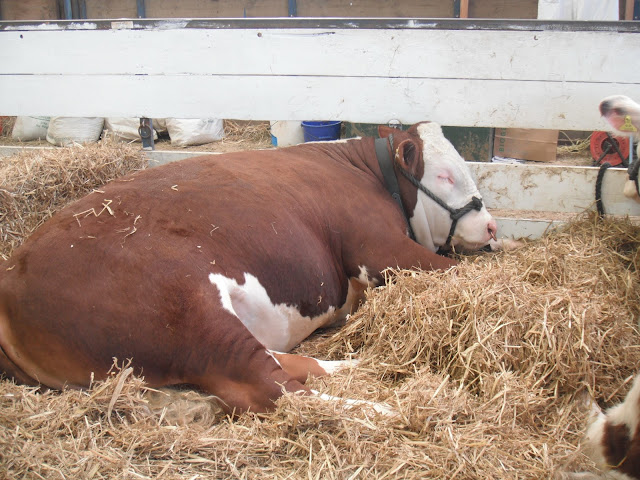 Good Evening All!!! I hope you have had a lovely day. I have been at the South of England show, an annual event that my family go to almost religiously- I remember saying a similar thing in my post about it last year! The weather last year was quite difficult with gusty winds and lashings of rain, this year was much better although to begin with the wind was very nippy! It did warm up eventually though and I am now slightly sunburnt and a tad poorer than I was this morning, all worth it however, as you will see later on.
For those who don't know what the SoE show is, it is an agricultural and craft show which sells practically anything for the outdoors, along with lots of pretty random things to make you laugh. There is also a big emphasis on livestock, most of whom seemed to be quite sleepy!! 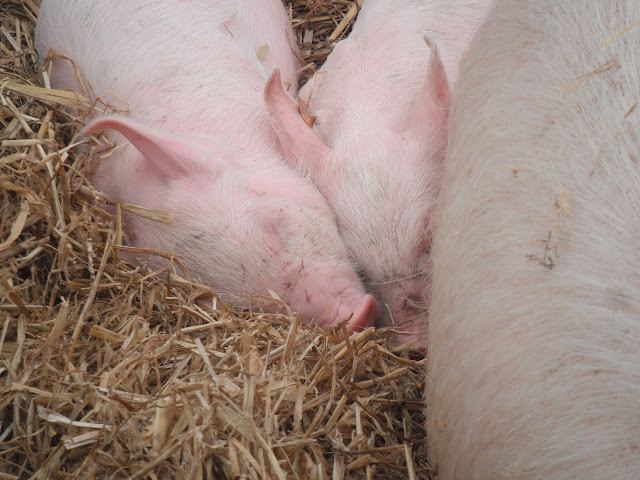 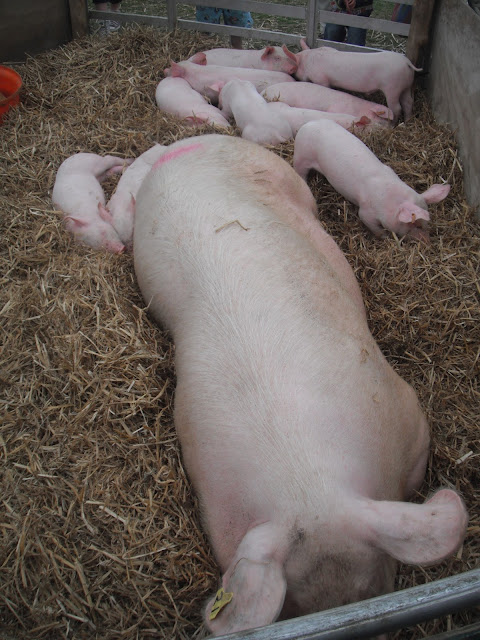 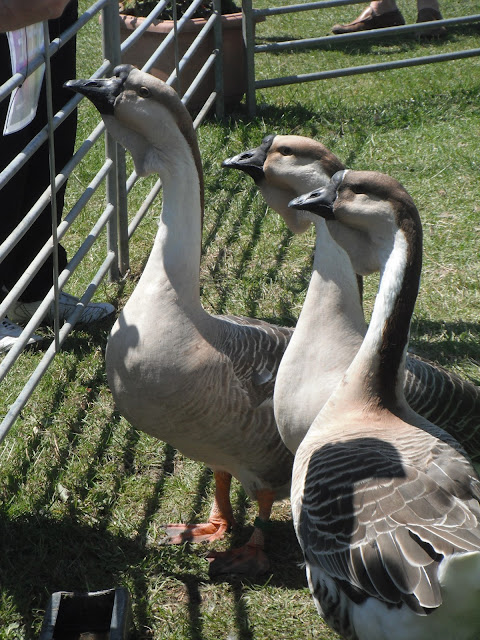 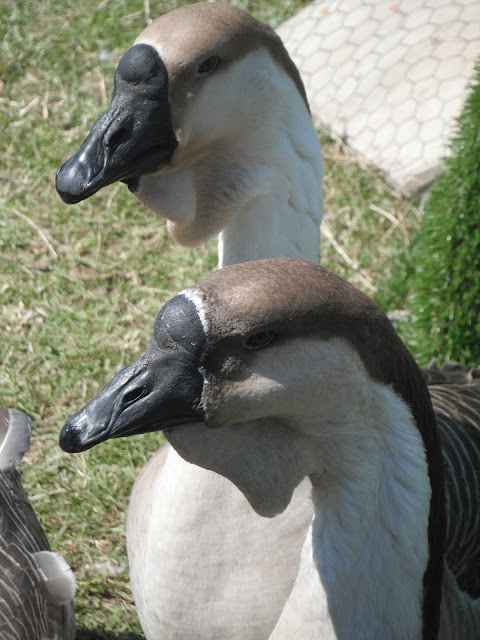 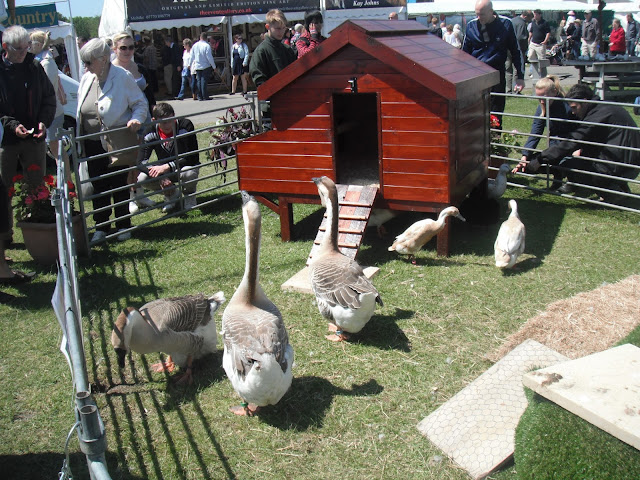 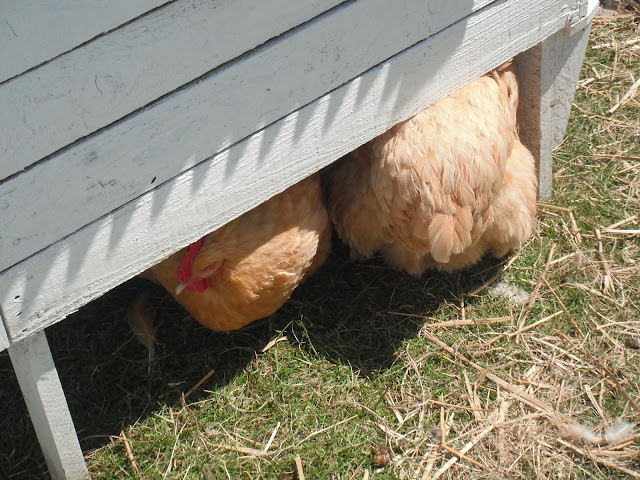 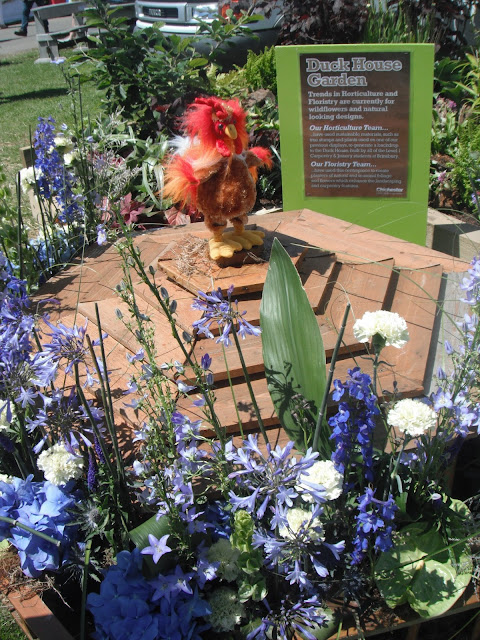 Some colleges also have big stands for farming demonstrations (like Plumpton or Chichester), although there were a few more unusual animals, like giant African land snails, cockroaches or tortoises... 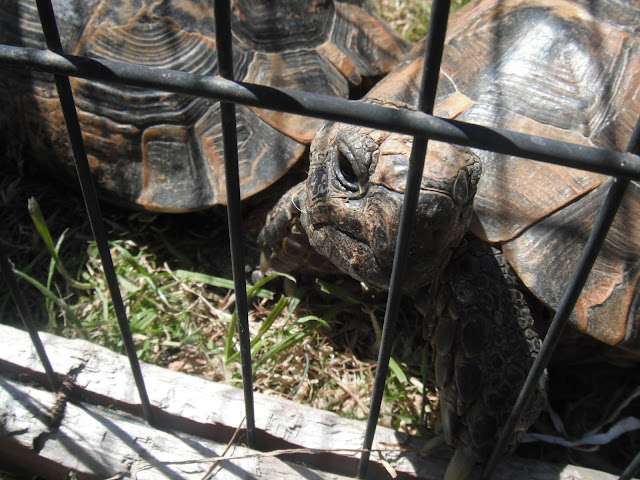 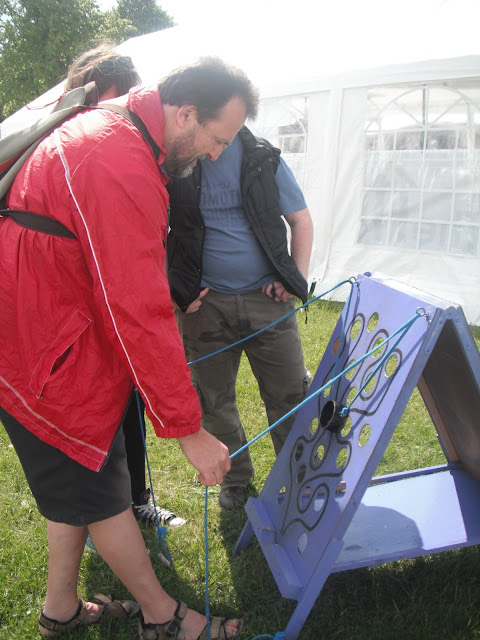 Dad got involved with a game set up by the Scouts (although I was pleased to see a higher representation of Guides this year, there were hardly any Scouts at all- go girls!!)

And these were my purchases! More than last year, but then there seemed to be a much larger craft section this year, obviously making a comeback as previous years were far more commercial. I bought a lovely rose which apparently has a delicious smell and an unusual purple colour that can change to a slightly greyer tone when the flowers mature. 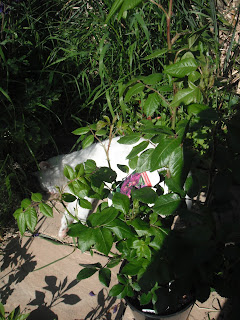 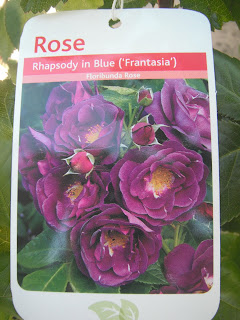 I also bought some lovely prints by Alex Clark- the one with the cat on the mini I am keeping for myself, and the one with the sheepdog and sheep I think will be a Father's Day present for my Grandad. The wooden name was made by a very quirky chap who had a foot pedal operated jig saw and just cut the name out completely freehand!! Very clever.
The little bug on a pebble is made out of Fimo clay I think and was made by Sue Cumming from Little Things, and then the marble apples (50p each!!) were bought from a fancy interiors stall whose name I can't remember. Finally there are flowers from Scope (I didn't buy these, they were all found around the grounds so I rescued them) and the customary fudge! 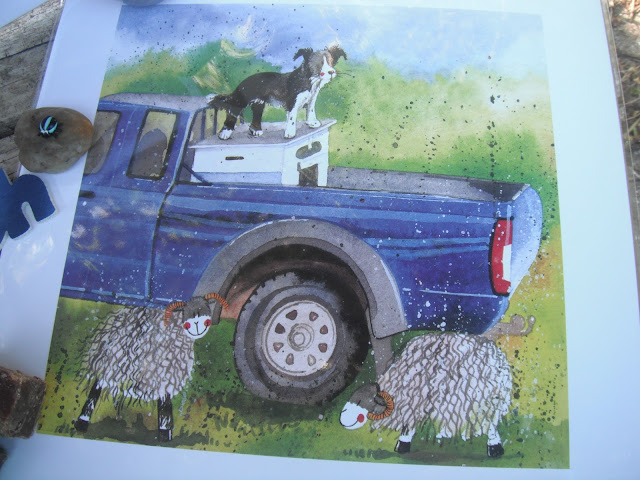 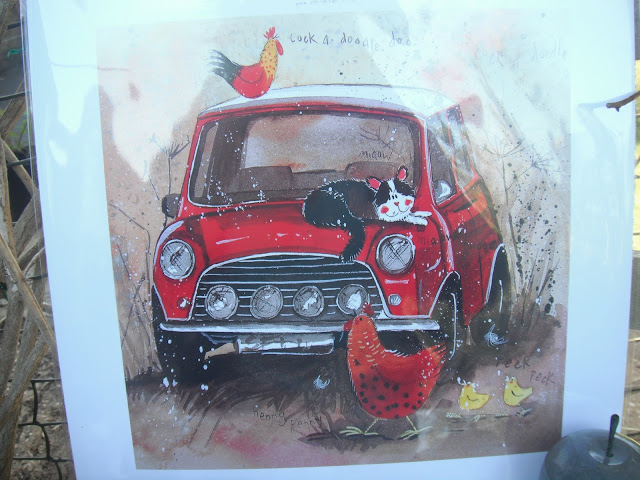 Overall, a really enjoyable day!! Plus, when I got home I'd had some fabulous post! Buttons for my secret project and two large prints of the cats which I am having framed and hanging on my bedroom wall. 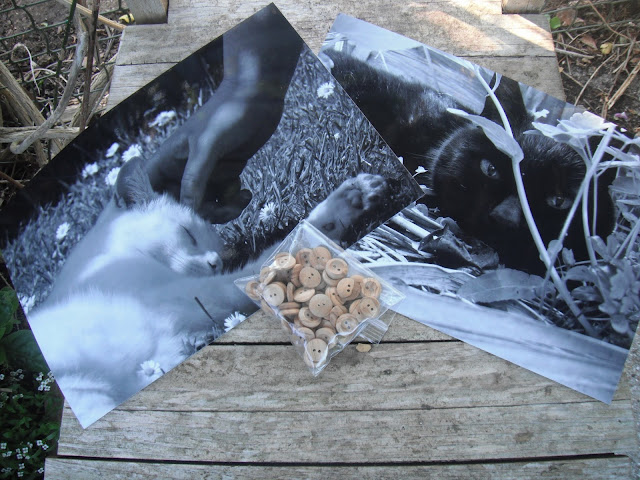